World’s most powerful laser to be developed near Prague 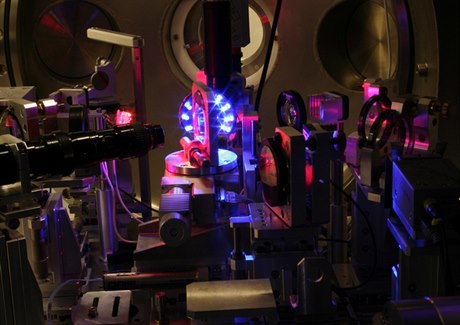 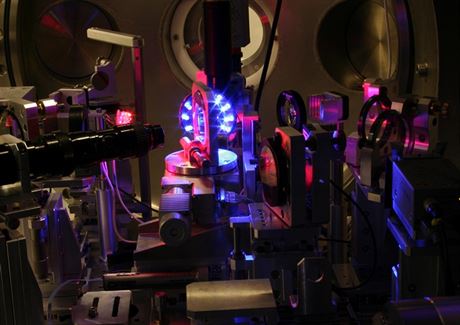 The European Commission has given final clearance to build the world’s most powerful laser, the Extreme Light Infrastructure (ELI) for Kč 6.7 billion, in the Czech Republic.

The last hurdle, the signature of EU Commissioner for Regional Policy Johannes Hahn was delivered Wednesday. “Yes, the ELI has been definitively and finally approved,” the Education Ministry’s head of the EU funding, Jaroslva Kuba, told Czech Position.

Hahn’s signature was a long time in coming. A week ago, anticipation was high in Prague that it would be imminent, but worrying delays occurred that sparked speculation among experts that Brussels was holding off because of the government crisis and uncertainty whether Education Minister Josef Dobeš (Public Affairs, VV) would be staying in his post. Dobeš was one of three ministers originally singled out for dismissal by Prime Minister Petr Nečas (Civic Democrats, ODS) but is now staying put, for the moment at least.

The prestigious ELI project should open a new chapter in European science when the central part of the research starts operating in 2015 at Dolní Břežany near Prague. This type of laser technology is expected to be in the forefront of breakthroughs in medical treatment, such as cancer diagnosis and treatment, and therapy and in new fields of nuclear physics that could, for example, lead to new treatments for nuclear waste.

Five states, including France, has been fighting for the right to develop the superlaser. The Czech Republic won the most attractive share of work, but other parts of the ELI have been spun  off. ‘This is a historic opportunity for the Czech Republic; it’s the first time a big EU research infrastructure has come to a new member state.’

“ELI is the flagship of this operational program and is of huge importance not just for Czech science but for the whole of the Czech Republic. It is the only project of European significance from roughly 40 European Strategy Forum of Research Infrastructure (ESFRI) projects that will be in our country. This is a historic opportunity for the Czech Republic; it’s the first time a big EU research infrastructure has come to a new member state,” Jan Kříž said.

Kříž is the head of the Czech funding program, the Operational Program Research and Development for Innovations (OP VaVpI), which will fund the Czech ELI Beamlines project, which covers the superlaser development.  The superlaser will be the first laser of the exawatt — or quintillion watt —class, ELI should be a hundred times more powerful than today’s most powerful lasers. Its pulses should “illuminate” the mysteries of matter.

“Without doubt it is a leap forward in strengthening and developing laser physics, material research, molecular biology and medicinal diagnostics,” said Vlastimil Růžička, a former deputy minister of education and since Nov. 1 the current deputy director of the Institute of Physics Academy of Sciences of the Czech Republic. He is in charge of the ELI projects and the associated HiLASE center, and is the government overseer for building the laser in the Czech Republic.

The entire consortium for ELI’s preparatory phase is made up of 40 scientific institutes from 13 European countries; the complex’s three research segments will be built in the ELI Delivery consortium’s signatory countries: the Czech Republic, Hungary and Romania. A further center should be designated in 2012.

Getting the main pillar of research in the Czech Republic was no mean achievement with a great deal of diplomatic and scientific lobbying expended. France was particularly interested in ELI; according to a Czech Position source, French President Nicolas Sarkozy wanted to have the laser located in a new center near Paris.

Horsetrading between countries resulted in the following share out of work so far:

The Czechs’ scientific readiness for its prime part of the project was not in doubt. For more than a decade Prague has hosted work on Precision Automated Laser Signals (PALS), one of the most powerful laser systems in Europe. Since 2003, within the Laserlab-Europe network, it has been offering the same kind of services as ELI will.

“Moreover, thanks to its specifications and excellent management, PALS was extremely successful in drawing in users from all over Europe. It is indeed a huge step to ELI, but a manageable one since the scientists and Czechs will not be alone in this,” said Wolfgang Sandner, the coordinator of the Laserlab Europe network of laser centers and head of Berlin’s Max Born Institute, which is involved in nonlinear optics and spectroscopy (the study of the relation between matter and radiated energy).

According to Sandner, lasers and photonics are key technologies that are indispensable in science, industry, communications, biology and medicine because they address 21st century problems such as health, climate change and renewable energy.

Approval of the ELI floundered for many months at the Directorate General for Competition in Brussels because of suspicions that it involved excessive national subsidies. Two months ago, however, the project was “unblocked.”