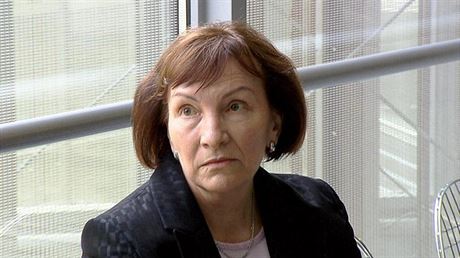 Police wiretaps show that a former Metropolitan University Prague (MUP) director convicted last year of bribery, embezzlement and abuse of trust — pardoned by President Václav Klaus last week for “humanitarian” reasons and because she had “been punished enough” — spoke by phone with his wife so often it aroused investigators’ suspicions, the daily Lidové noviny reports.

Klaus’ spokesman said on Tuesday (Feb. 14) that in granting a pardon to Anna Benešová, the Czech president took into account her need to care for her seriously ill husband — although her two-year suspended prison sentence would not have prevented her doing so — and the fact that she had never before been charged with a crime.

Two days later, after Lidové noviny reported that Benešová had appeared at various charity events with First Lady Livia Klausová and the two women were well acquainted, Klaus said he had been unaware of any relationship between them and added another explanation for his act of clemency: “‘I thought Mrs Benešová’s existing punishment in the case (restrictions, years of legal proceedings, etc.) to be sufficient.”

Now the newspaper reports that Benešová and the president’s wife were in such frequent contact by phone that investigators looking into the allegations of fraud and corruption against the director of the private university warned their superiors that a presidential pardon could be in the works.

The Municipal Court in Prague last autumn handed down a suspended two-year sentence and four years of probation to Anna Benešová for, among other illegal practices, having allowed dozens of students who were not paying tuition fees to study at MUP.

Among those studying for free were children of officials at various Prague district city halls — including mayors — as well as assistants to regional politicians, and Czech beauty pageant queen Taťána Kuchařová, named “Miss World” in 2006.

In total, Benešová was found to have stolen from the university or otherwise deprived it of income totaling more than Kč 6 million. She was also found to have bribed local officials to secure favorable rent for the university and reconstructed an apartment in Prague and a home in Dobřichovice, south of the Czech capital, with money that should have gone to MUP.