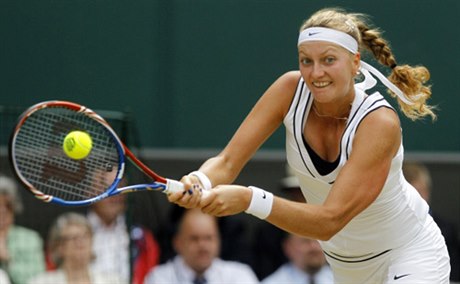 Petra Kvitová has rocketed up the rankings, but her opponent in Saturday's final is looking to get back where she believes she belongs foto: © ČTK, Česká pozice 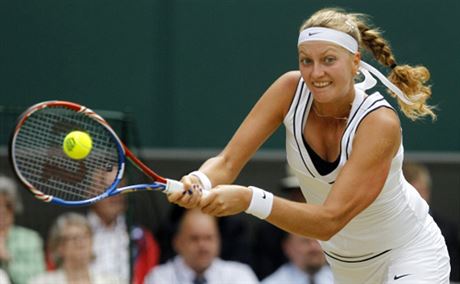 Wimbledon women’s singles winner Petra Kvitová has boosted her earning potential from sponsorship and marketing from tens of millions to hundreds of millions of crowns thanks to her Grand Slam victory, according to her manager.

Černošek added that the 21-year-old’s winning smile — displayed to fill effect during Saturday’s straight sets win against Maria Sharapova, was attractive to companies and that the Wimbledon triumph could bring Kvitová’s personality to the fore for a worldwide audience.

Winning one of the two European Grand Slam tournaments, the other being the French Open, was a plus since it was better for tapping European companies and sponsors, he added. “Australia and the US are for them a bit too far away,” he added.

At the moment, however, Kvitová has a recently renewed contract with US sports company Nike and cooperation deal with US tennis racket maker Wilson. Černošek said that he has a gentleman’s agreement with Nike that the recently signed three-year deal would be renewed on better terms if Kvitová won a Grand Slam tournament. The new deal should be signed and sealed at the US Open at the end of August, start of September, he added.

On her small home market of 10.5 million people, Kvitová’s chances to cash in on her new fame are more limited. Nevertheless, a new deal has already been sealed with one of the country’s biggest companies, state-controlled energy giant ČEZ, already one of the main sponsors of Czech sporting personalities and events.

“She [Kvitová] will be the face of one of ČEZ’s products. It’s apparent that one of the strongest Czech firms can see her potential,” Černošek told iDnes.cz. The deal with ČEZ director Martin Roman was signed on the spot in London, he added.

Černošek is already dreaming of Kvitová’s soaring earning potential, if, for example, she could successfully defend her Wimbledon title next year and all win the Olympics title, also taking place in London.

His young marketing asset should also get more of the spotlight in Czech team competitions, for example the mouthwatering Fed Cup final against Russia on November 5 and 6 in Moscow.  Whether that match will pitch Kvitová again against her Wimbledon final opponent Sharapova is unclear. Sharapova did not play in the Russian semifinal 5-0 whitewash of defending Fed Cup winner Italy in April, with Vera Zvonareva leading the Russians to victory.