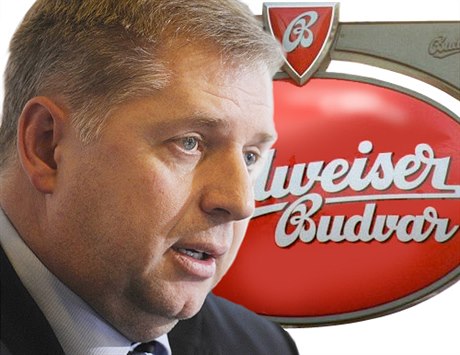 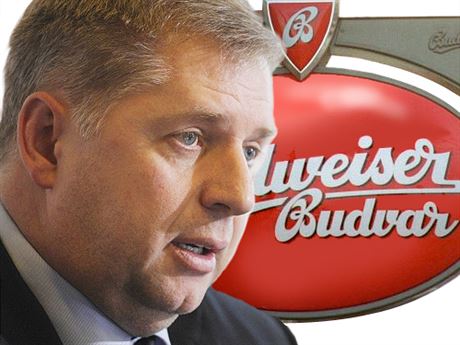 In the past HZ Consult, a relatively small auditing firm, has been linked with the center-right Civic Democrats (ODS); their ideological opposites, the Social Democrats (ČSSD); the scandal over the finances of the Public Affairs (VV) party’s MP and fundraiser Michal Babák; and indirectly with the dubious brokerage Key Investments. HZ Consult is owned by Miloš Havránek, the co-owner of the auditor Bene Factum which oversees “wizard” Babák’s business activities.

Given these circumstances, it’s hardly surprising that there are major reservations about HZ Consult inspecting the books of Budějovický Budvar, the state-owned brewery. If the Ministry of Agriculture insists that the firm conduct the audit, protests from the opposition and the public are practically inevitable. So how does Minister of Agriculture Petr Bendl (ODS) plan to resolve the issue?

For the control of the brewery in České Budějovice, the ministry has nominated the lawyer Tomáš Jindra who according to various media is a close to the ODS lobbyist Ivo Rittig and also to Minister Bendl.The brewery is not the only state enterprise that the agriculture ministry has sent the relatively small firm to audit. “The firm HZ Consult has valuable experience with controls and audits, and not only of state organizations under the agriculture ministry, where it has audited [waterways and irrigation enterprises] Povodí Vltavy, Povodí Moravy, the national stud farm in Kladruby, and [national forestry firm] Lesy ČR,” Agriculture Ministry spokesman Jan Žáček told Czech Position.

HZ Consult won a tender to provide audit services for the Agriculture Ministry in 2010 when Jakub Šebesta (unaffiliated)  headed the ministry as a sort of envoy for the center-left ČSSD within Jan Fischer’s interim government from the spring of 2009 through to the summer of 2010. Last year, the audit firm again won a tender to provide the same services, again for a year, to the Agriculture Ministry, then headed by Ivan Fuksa (ODS).

The ministry appointed all the heads of HZ Consult’s teams that have audited enterprises under its supervision. For the control of the brewery in České Budějovice, the ministry has nominated the lawyer Tomáš Jindra, who according to various media is a close to the ODS lobbyist Ivo Rittig and also to Minister Bendl.

The problem Bendl must resolve is not simple. If he insists on sending HZ Consult to the Budvar brewery as the winner of the public tender he will have a lot of explaining to do. On the other hand, if he now decides to hold a revised tender for a downsized audit through which the ministry would appoint different auditors, he would immediately give rise to suspicions that some participants in the tender are associated with some of the ODS “godfathers” and that it was rigged to suit the winner.

Regardless of Bendl’s awkward situation, the planned audit of Budvar by HZ Consult is not welcomed by politicians. MP Michal Doktor (nonaffiliated), from the South Bohemia region of which Český Budějovice is the administrative center and who recently resigned from the ODS, is opposed.

“The audit is to be conducted by the private firm HZ Consult, which is the co-owner of Bene Factum. The alarm bells are sounding. Not even a year has gone by and the firm previously connected with MP Babák turns up in the story of the national enterprise Budějovický Budvar. A private firm is conducting a state audit,” Doktor warned the Chamber of Deputies, the lower house of the Czech parliament, last Friday.

Doktor was until recently a member of Budvar’s supervisory board, and it’s pretty safe to assume that Budvar CEO Jiří Boček holds pretty much the same view as he does.

HZ Consult’s annual report for 2010 when it won its first contract from the Agriculture Ministry is still not available.

But the business ties around HZ Consult are certainly intriguing. Key to unraveling the ties is the firm HZ Praha, which was a minor shareholder in HZ Consult; in the past, HZ Praha’s statuary representative was Miloš Havránek — the owner of PZ Consult and Bene Factum. In 2006, Havránek bought out PZ Praha’s minority stake in PZ Consult.

In recent years, the ODS-led administrations of Prague 6, 10, and 13 entrusted a total of almost Kč 1 billion of public funds in their coffers to Key Investments, which then used the money to buy shares in the Ústi nad Labem company Spolek pro chemickou a hutní výrobu (Spolchemie) and, moreover, non-liquid bonds of the firms Via Chem Group and E Side Property, which is now the official owner of the new Eden stadium in Prague 10 where Slavia Prague’s football team plays its home games.

It’s also worth pointing out that Bene Factum in which Havránek of HZ Consult has a 50-percent stake, as of 2010 is the auditor for Via Chem Group and Spolchemie, which is controlled by Petr Sisák, a highly controversial businessman who has been convicted in the past. In addition to its involvement with Michal Babák and Public Affairs (VV), Bene Factum has also provided accounting services to the major center-right and center-left parties, the ODS and ČSSD.