Will Austria and Germany be able to block Czech nuclear power? 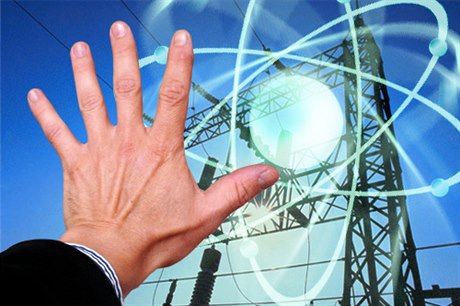 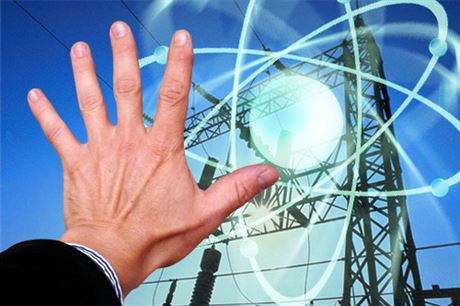 While the physical laws of electricity transmission and movement, set out for example in the Kirchhoff laws governing the movements of power through circuits are pretty clear cut about what’s possible and not, the human laws inspired by Austro-German moves to identify and ban imports of nuclear produced electricity are a lot less so.

Austria has so far gone further down the path by setting out a 2015 target for a ban on all nuclear generated imports with certification of the origin of all electricity sought to check up on whether the ban is being observed. Germany has set out its overall policy by calling for the phase out all its own nuclear power over the next decade and has reportedly been putting pressure on the Czech Republic over its domestic nuclear expansion, though German Chancellor Angela Merkel denied this on a visit to Prague last month.

But the environment for such bans and certification are not that promising. In the liberalized EU energy environment electricity transmission is separated from trading thanks to so-called unbundling. The network is therefore largely irrelevant with our focus being on the relationship between producers, traders, and consumers.

The mooted Austrian and German ban on nuclear imports would have to apply across the board, there would be no way of picking out exports from, say, the Czech Republic, Slovakia, France, or Belgium. And what of Germany’s nuclear produced power during the phase out period?  Would Austria also demand certificates of original for that as well? All in all, there are a lot more questions than answers raised here.

A lot of cross border electricity purchases in Europe are concentrated on exchanges and these do not differentiate or demand certificates about the origin of electricity.

If the full blown Austrian and German bans do go ahead, they will have to target importers.  And here problems start to spring up. A lot of cross border electricity purchases in Europe are concentrated on exchanges and these do not differentiate or demand certificates about the origin of electricity.

Imagine for a moment the scenario of different markets for various forms of electricity according to its generation with news reports in the future along the lines of “The price of small hydro power today has increased by half a percent.”  How would traders on such exchanges who have no trading relations with Germany and Austria react to the development of such markets? Would they fall into line or would such specialized power markets emerge just in the two countries in question with the rest of Europe allowed to continue on as before?

The introduction of certificated non-nuclear power would create complications clearly having an impact on final power prices. The demand for verifying the origins of electricity would also likely create stronger links between power producers and purchasers keen to make sure they are getting the goods described without going through middlemen. Is it really likely then that a company like ČEZ would start labeling all its different varieties of electricity as wind, coal, hydro, solar and nuclear electricity?

As well as the large state company, there are hundreds of other small producers out there who would, in theory, also have to be armed with export certificates if there was a chance of their production crossing the border into Austria to power an ice cream machine in Vienna or the neon lights of a German night club.

The certification of energy sources would presumably have to be carried out within Austria and Germany, maybe by some existing body or some newly created institutions created for the purpose. We can expect that some charges to be levied for certification and the future privilege of being able to export to Germany or Austria.

Let’s take things a bit further on the fantasy road. Our electricity companies have their certificates for nuclear free electricity proudly handing on the office walls. What next? If they are not going to sell the power themselves then they will need an exporter. Will these have to obtain certificates as well? Will direct trading still be allowed on exchanges or will exports to the two countries have to go directly through German or Austrian partners? Would this not add up to the dismantling of the single European energy market? Would Brussels agree to such steps?

We can expect that some charges to be levied for certification and the future privilege of being able to export to Germany or Austria.

If we imagine that the process does proceed as above, what would be the impact on one of our major exporter, ČEZ. First of all, it would not get a certificate for its current overall energy mix including nuclear. Instead, cheap power production from Temelín and Dukovany would have to be set aside and perhaps not offered on European markets.

Production from coal-fired power plants due to their advancing age and the high costs of their modernization or construction of new plants would face problems thanks to the higher environmental demands put on them.

Instead, German and Austrian consumers would prioritize purchases of “green” sources of electricity: solar, wind, or biomass. These sources are still heavily subsidized in the Czech Republic with most of the bills for that being paid by electricity consumers. So the result would be likely be that Czechs would continue to pay high power prices but with the use of environmental power being transferred across the border and domestic users being landed overwhelmingly with the non-certified production.

The question might be asked whether power exports would still be attractive under the burden of all of the above? The mid-term answer is that for producers and exporters they almost certainly would be, although export prices for electricity are usually lower than domestic ones and some way of differentiating between would have to be found.

While reflections about nuclear import bans and certified electricity might seem to put it into the realm of fiction rather than fact with the threat possibly disappearing as soon as it has emerged, it would be best to borrow from the Scouts and be prepared.