WikiLeaks: How US shot down Czech-Venezuelan plane deal 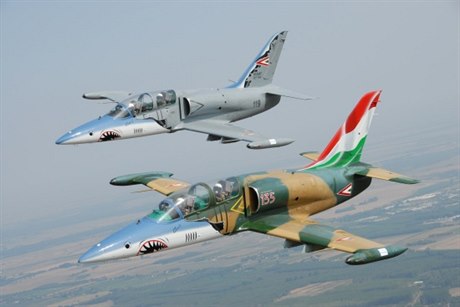 The Czech-made L-39 is the most widely used jet trainer in the world foto: archiv, Česká pozice 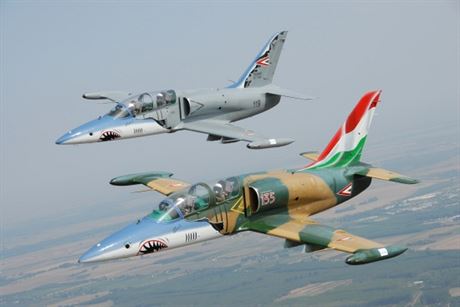 A Czech-built plane, which featured in the James Bond film “Tomorrow Never Dies,” was subject to frantic US diplomatic activity to block a lease deal with the leftist Venezuelan regime of Hugo Chávez, according to US diplomatic cables over recent years published last week by WikiLeaks.

When top diplomatic approaches stumbled, the US side started considering what commercial pressure could be used on the Czech Republic’s biggest plane producer, Aero Vodochody, to make it drop the L-39 trainer aircraft contract.

The US Embassy in Prague made desperate attempts to block an aircraft deal between Aero Vodochody and the Venezuelan government of Washington hate-figure Chávez, according to the leaked diplomatic cables.

Consideration was given on how to put pressure on Aero to drop the deal via its ‘Achilles heel’ — its reliance on US technology and contracts to keep afloat.

US attempts to block the deal involved top level talks with the then Czech Prime Minister Mirek Topolánek (Civic Democrat, ODS). But consideration was given on how to put pressure on Aero to drop the deal via its “Achilles heel” — its reliance on US technology and contracts to keep afloat.

The tale of top-level pressure and diplomatic skullduggery continued throughout most of 2007 as US diplomats in Prague tried to block the sensitive deal to lease nine of its aging L-39 trainer aircraft to Venezuela as well as providing pilot training and maintenance instruction.

Loss-making Czech plane producer Aero had filed a request for Czech government clearance for the contract at the end of 2006. The Ministry of Foreign Affairs was led to believe at one stage that the deal was later dropped — and was angry when it found out it was not.

In January 2007, Czech-Slovak financial group Penta had taken over Aero and was keen for the Venezuela deal to proceed in spite of mounting opposition within the Czech Foreign Ministry and US Embassy in Prague.

A top Czech Foreign Ministry official briefed US diplomats at the end of April 2007 on their fears that the initial lease contract was just the tip of the iceberg and that the application for its approval was “the first part of a three-phase plan designed to make Venezuela self sufficient in all aspects of building, repairing, and flying a version of Aero Vodochody’s L-159 with no U.S. content,” according to one of the leaked cables.

“The desired end-state is a level of self-sufficiency that would make part of Venezuela’s military flight operations immune to future sanctions, and to provide Venezuela with the capability to sell military aircraft to its allies,” it added.

Under this scenario, Venezuelan money would fund Czech research and development to produce the require no-US parts and technology with 40 of the more advanced L-159s eventually shipped to Latin America and production shifted to Venezuela. Engines for the new plane could be sourced in Ukraine and avionics from France or Italy, it was supposed.

The US Embassy in Prague fired off an urgent request to Washington for “releasable information” that Ambassador to Prague Richard Graber could use “when engaging the highest levels of the Czech government to prevent this deal going forward. Even at this early stage in the battle, the US diplomats were already considering that “commercial pressure” might be the best way of blocking he deal before it got too much momentum.

Aero was vulnerable to such pressure because the L-159 relied on a lot of US technology, partly thanks to its previous not very fruitful cooperation with Boeing. The deal meant a lot of US technology was used but that meant that Washington permission had to be sought for sales to foreign countries. What’s more, the hoped-for Boeing sales help never came through. Aero was also heavily reliant on contracts with US helicopter producer Sikorsky for a lot of its revenues, and needed US permission to sell off surplus L-159s because of their technological content.

The problem for the US diplomats and their allies in the Czech Foreign Ministry, who were attempting to stall permission for the deal so that the Americans could intervene, was that the sizeable deal for the ailing aircraft producer did have backers in the Czech government. The Ministry of Industry and Trade, headed by Martin Říman (ODS) was strongly in favor of the deal going ahead and, as the US dispatch from May pointed out, the Czech government might agree because it represented “a major success story for Aero, a floundering manufacturer which is an object of national pride.”

US diplomats decided to go to the top in late June with a direct approach to PM Topolánek. The Czech prime minister came out immediately in a meeting with ambassador Graber saying that he was opposed to the Venezuela deal, had thought it was already stopped, but promised to bring it up at a Cabinet meeting the next day.

‘We can not be sure that the PM's stated opposition alone will kill the license.’

US hopes soon, however, began to unravel. They were told that the L-39 deal would not now be raised at the Cabinet meeting and that Topolánek was sidelined with the decision on approval falling to the Ministry of Industry and Trade. It therefore pushed other options.

“[We] can not be sure that the PM’s stated opposition alone will kill the license. We urge Washington to raise this with the Czech Embassy and, more important, with Aero Vodochody partner Sikorsky. The best way to stop the deal is for Aero Vodochody to conclude that it is not in its commercial interests to proceed,” Graber wrote.

In spite of Topolánek’s opposition, it appeared in July that the lease deal was still proceeding. In mid-July, Graber was told by Czech Foreign Minister Karel Schwarzenberg (now TOP 09) that his ministry could not oppose a license for the deal because the Aero planes would just be leased and would not stay in Venezuela and that there was no technology transfer involved.

Graber then talked with the Czech PM, only to be told by Topolánek that he had “belatedly” just realized that the deal was for the aging 1960’s era L-39 plane and not the far more modern L-159. Even so, Topolánek agreed that the deal was still symbolically important and pledged to oppose it.

Clutching at straws, US diplomats sought Washington guidance on what “safeguards or tripwires” that they could ask the Czech government to put into the deal if it was finally approved.

The US side also began to increasingly focus on how Aero Vodochody’s reliance on Sikorsky contracts, representing around half of its revenues, could be used as leverage.

“Word from Sikorsky to Aero Vodochody management that any of the Venezuela projects currently on the table could damage their existing business partnership may be the best way to stop the L-39 lease and decisively kill the L-159 projects.  Washington agencies may wish to consider approaching Sikorsky management to discuss. ”

The Aero lease deal then appears to go off the radar of the Prague embassy. But in spite of the scare that they were losing the battle, US pressure seems to have eventually paid off with no deal being signed with Venezuela.

WikiLeaks cables show that the US ambassador Graber had fewer initial problems with a Czech proposal to transfer around 10 more advanced L-159 aircraft to Bolivia, in spite of the Bolivian President Evo Morales being a close ally of Venezuela’s Chávez. Approached by the Czech Ministry of Defense about the mooted deal, under which a barter would be arranged with European aircraft manufacturer EADS receiving the planes for Bolivia in exchange for two new transport aircraft produced by the European consortium.

The US side in Prague said it saw no “impediment” to the deal and believed it could help support its allies in the Czech government block the Venezuela deal. It, however, sought further advice from Washington and La Paz. The deal did not eventually go through.

This left the Czech Ministry of Defense trying to obtain a new troop transport aircraft. It sought to buy surplus US C-130s from the US but the price tag put on them of $111 million was held to be too high in Prague. The Czech Defense Ministry then went down the path of sealing a deal with Spanish aircraft manufacturer CASA for the swap of L-159s for one CASA C295 and purchase of another three transport planes.

The deal was eventually signed by Deputy Defense Minister Martin Bártak (ODS) in 2008. The deal was frowned on by US diplomats in Prague as yet another ploy by the tarnished Czech ministry for avoiding a public tender and clean competition for the multi-billion crown contract.