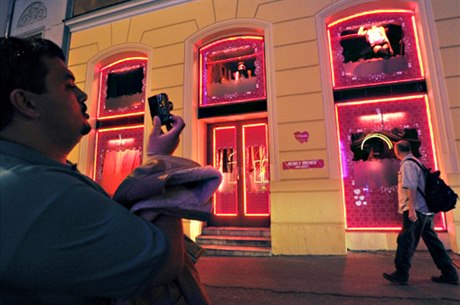 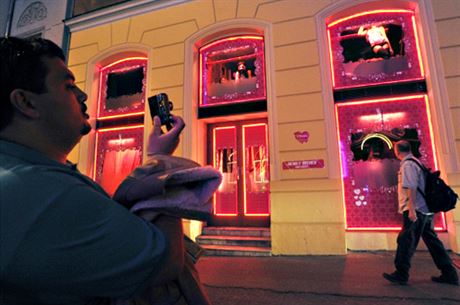 The wife of a former Czech prime minister has published a guidebook “Brothel as a Business.”

The work, it should be hastily added, does not stem from the personal experience of Petra Paroubková and neither is it her own work. Rather, the Prague-based Columbus publishing house that she bought into last year has taken the spicy title by noted Austrian brothel owner Alexander Gerhardinger, translated it into Czech and added it to its offering as a hoped for bestseller.

Paroubková, the second wife of former Social Democrat (ČSSD) prime minister Jiří Paroubek (who was failed to form a government after elections in 2006 and again in 2010 in spite of the party gaining the most seats), has defended publishing the “how to” book.

She told the daily Mladá fronta Dnes that the book took a hands on business approach to the sensitive subject, describing the selection of girls to hire, medical checks, and tackling the abuse of women by pimps. She added that a publisher of crime thrillers did not necessarily condone or promote murders.

The former translator said that she preferred fictional works but said that a guidebook of the Gerhardinger genre had the capacity to be a hit even with people who had no international of launching into the brothel business.

The promotion for the book on the publisher’s webpage says it gives a rundown on the everyday running of a brothel, which could also give tips for running a company in any sector.

‘If you want to do good business, don’t pick pretty women, pick friendly ones.’

The book, however, offers some specialized, if perhaps more generalized, tips. “If women were able to follow the operation of one of my businesses they would be able to ascertain that the basic thing is not about being pretty. While pretty girls at the business wait coldly for clients at the bar and are perhaps the subject of envy and even harassment from colleagues, friendly girls do the business. That is in the final instance also serious business advice for all businessmen in whatever field. If you want to do good business, don’t pick pretty women, pick friendly ones,” it suggests.

The Austrian author is reported to run brothels in Vienna and Linz and was also reported to be running a brothel for women as a pilot project using the service of male prostitutes aged 18–40. They were aimed at women in the 40-60 age group who seeking company and an evening out and not just, or even, sex.

As part of the promotion for the Czech title, Paroubková was reported to have arranged a visit to one of Prague’s top brothels, where top managers of German car companyVolkswagen and its Czech unit Škoda Auto were in the past reported to have been seeking to get a good run for their money on the company account.

The publication of a book on brothel owning while likely to attract some interest from the many indirectly earning a living from the world’s oldest profession in Prague does not come at an opportune time.

Prague’s central Prague 1 district council is currently trying to combat the appearance of Amsterdam-style sex brothels in the center of the city a stone’s throw away from Wenceslas Square. While Prague City Hall has promised steps to deal with prostitution, which according to other reports had been tending to slip away from the center into the suburbs and private flats and to cater more for Czechs than tourists, the mayor Bohuslav Svoboda (Civic Democrat, ODS) recently admitted that some sort of central register would likely be impossible to operate because many girls would refuse to be on it. The former gynecologist said that the main thing was that working girls were encouraged to get regular medical check- ups.

Paroubková’s husband resigned as leader of the Social Democrats after learning of the mid-2010 election result and has since quit the party to set up a new political formation LEV 21 which seeks to draw on the heritage of the successful First Czechoslovak Republic’s National Socialist party, a democratic party that was later quashed by the communists.