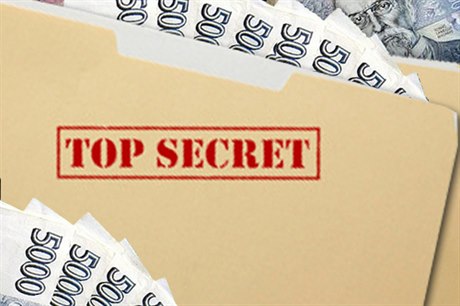 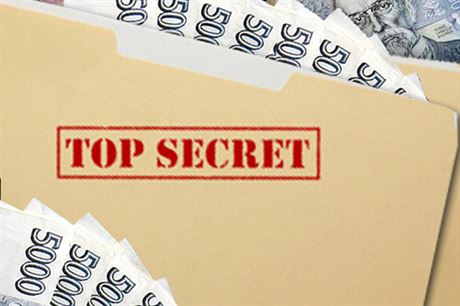 The Supreme Audit Office (NKÚ) has said that to comply with the government’s request to check the books of the Administration of State Material Reserves (SSHR) would be futile, even if it had the full capacity to do so. The Cabinet of Prime Minister Petr Nečas (Civic Democrats, ODS) wants state auditors to investigate the controversial extra-budgetary “special accounts” in which vast amounts of money stemming from the so-called substitutions of state material reserves is held.

No small amount at stake — tens of billions of crowns are in these special accounts — and almost 100 percent of all expenditures for the acquisition of state material reserves are paid from them, not from the Czech state budget. This despite the inherent issue of national security, as the SSHR is charged, for example, with keeping emergency supplies of oil on hand.

The reluctance of the NKÚ to act comes not from within; it is the legacy of a coalition of politicians in power during the era of former ODS prime minister Mirek Topolánek, who amended legislation relating to these SSHR special accounts. A number of current ODS ministers in early June proposed that the NKÚ probe the myriad contracts, which, simply put, are transactions to replenish supplies of raw materials. The Cabinet agreed. The auditors did not.

The lawmakers had wanted the NKÚ to determine whether these out-of-budget transactions were not serving to mask disadvantageous deals and practices at the SSHR. A proposal was prepared by the Ministry of Trade and Industry, which is now preparing a major update of strategic policy documents such as the State Energy Concept, State Raw Material Policy and others relating to raw materials and energy security — all of which should be formed with full knowledge of the SSHR’s activities.

“With regard to requisite savings [austerity measures] and optimization of structures and capacities of state material reserves, and when there is a concurrent move to institute new regulations to protect these reserves through the amending of the law on emergency oil reserves, we regard it necessary to evaluate the current transactions of the Administration of State Material Reserves (SSHR),” reads the proposal, which the Ministry of Finance helped prepare.

Shedding light on the SSHR dealings is difficult, however, given that the respective documentation, including reports of the NKÚ, is strictly confidential. The Nečas government signed and sealed the last classified inspection report of 2010, and, according to Czech Position’s sources, ministers did not openly discuss its secret findings. It is likely that an incoming minister, presumably Minister of Trade and Industry Martin Kuba (ODS), suggested the NKÚ further audit the SSHR unaware of what had transpired two years earlier.

There are two reasons why the NKÚ has refused to implement the new audit the SSHR, of which the body’s vice chairman, Miloslav Kala, informed the prime minister in a letter dated June 13. “The NKÚ carried out an audit as required less than two years ago, and we do not consider a further examination within such a short period would be effective,” he wrote to Nečas, adding the body did not even have the capacity to do so in 2012. “In the case of a request from the prime minister, it would be necessary to reduce control capacity of the approved inspection also with regard to the fact that an audit would require people with the necessary clearance to access classified information.”

The NKÚ has already carried out four audits of the so-called extra-budgetary special accounts (in 1994, 1999, 2006 and 2010). Problems arose after the 2006 inspection, when the auditors pointed to irregularities in terms of compliance with regulations and the management of revenues from the sale of national reserves and their replenishment. In short, they found the SSHR was buying high and selling low.

The SSHR has deposited billions in commercial banks in special accounts and in the budget did not note the deposits or withdrawals. “A serious consequence of the practice was that neither the Ministry of Finance nor parliamentary deputies discerned actual budgetary needs of the SSHR whether in preparing or approving of state accounts. More than 99 percent of all expenditures for the acquisition of state material reserves are not paid from the state budget but from money in special accounts,” the NKÚ letters states.

Annual turnover of state material reserves between 2004 and 2005 exceeded Kč 40 billion. At the end of 2004, the balance of “special accounts” stood at over Kč 5 billion at the end of 2005 at some Kč 3.6 billion. The SSHR budget approved by the Nečas government and lower house of Parliament for 2012 amounts to Kč 2 billion — roughly 20 times less than the actual annual sales (In 2004 it was Kč 1.8 billion and a year later Kč 1.9 billion.)

After the NKÚ findings on special accounts in 2006, one might have expected the government and lawmakers to tackle the problems with a sense of urgency. The opposite occurred: in 2007, deputies approved amendments to legitimize the practices. “Through the legislative changes … the state legalized practices identified and criticized in an inspection report from 2006,” NKÚ vice chairman Kala said in his June 2012 letter to Nečas, explaining the futility of another audit. ‘It is clear that the legislation adopted after the 2006 inspection and currently in force allows the SSHR to fund the replenishment of state material reserves almost exclusively by means of special accounts, outside of the framework of preparing and approving the Czech state budget.’

It was the lower house of Parliament that had called for the 2010 audit of the SSHR special accounts to be carried out. While the resulting NKÚ report on the SSHR’s books from 2008 and 2009 was designated as classified, it likely once again confirmed and criticized the use of the special accounts. And it is for this reason that the capacity-strapped NKÚ has said to carry out another control makes no sense.

“It is clear that the legislation adopted after the 2006 inspection and currently in force allows the SSHR to fund the replenishment of state material reserves almost exclusively by means of special accounts, outside of the framework of preparing and approving the Czech state budget,” Kala said in the letter.

The chairman of the SSHR is meant to be appointed by the government on a proposal from the Ministry of Industry and Trade, which must first obtain the consent of the Ministry of Finance. However, the strategic body has been without a chairman since November 2011, when Ladislav Zabo stepped down. Czech state-owned oil products storage company and processor Čepro, which has a unique products network throughout the country, is a dominant provider of storage and protection of strategic reserves for the SSHR.