Why Čepro will be looking for a new CEO

Jiří Borovec is said not to be leaving the well-paid and prestigious post of Čepro chief by choice; it could be over strategy 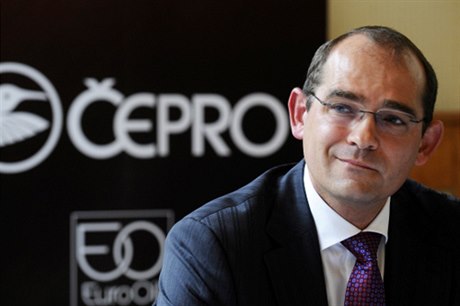 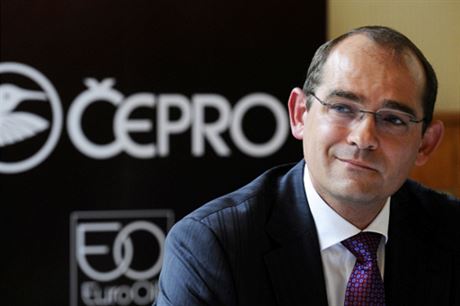 The general director of the Czech state fuel distributor Čepro has informed Finance Minister Miroslav Kalousek (TOP 09) he plans to step down in December after four years in the post, the daily Lidové noviny reported. According to our sources, Jiří Borovec, 47, also discussed his intensions with Industry and Trade Minister Martin Kuba (Civic Democrats, ODS), but no candidate to replace him has yet been tapped.

Čepro, solely owned by the Ministry of Finance, operates a 1,100-kilometer pipeline network for the distribution of petroleum in the Czech Republic and neighboring Slovakia, and owns 192 Euroil filling stations here, along with and 17 large storage facilities for refined fuels. Along with Mero, the state-owned pipeline operator, the company represents the strategic core of the country’s oil infrastructure — which is why finding a replacement for Borovec is also a political matter.

Why is Borovec leaving? He says it was purely his decision. “This year, my four-year mandate on the board ends. During my tenure, the government has changed three times and the post of Minister of Industry and Trade four times. Čepro under my leadership has submitted various strategic concepts to the government already in October 2009, but I’ve not heard of any decision thus far. I’m tired and de-motivated. Besides that I have fulfilled the goals that I set at the onset, and the company is profitable.”

Last year the company had sales of Kč 52 billion and a net profit of nearly Kč 660 million. “The past three years have seen the best results and we are winning past lawsuits,” Borovec said. (Čepro was the victim of a series of suspicious transactions during his predecessor Tomás Kadlec’s period at the top of the company, with some commodities purchases much lower than the market price and others bought at costs high above the going rate. In recent years it has suffered from dwindling sales at gas stations.)

Borovec added that at the moment he has no specific plans to take on a managerial role elsewhere. However, he is likely to return to the state-controlled power utility ČEZ, from whence he came to Čepro. He declined to say whom he had proposed to Kalousek as a successor.

In political circles, however, information is circulating that Borovec is not leaving the well-paid and prestigious post of Čepro general director of his own accord. Trusted government sources told Czech Position it was a joint decision taken by Kalousek and Kuba. Apparently, the Ministry of Finance had grown tired of Borovec pushing for an answer on the strategic direction of the company.

Borovec, however, claims Kalousek was satisfied with his work and even asked if the decision to leave was final. The Ministry of Industry and Trade, meanwhile, is purported to be interested in getting their own man at the helm of the strategic company. Even if true, Kalousek will have the final word on whom to appoint to the post of general director.

Last summer, the so-called economic ministers, comprised of the heads of 10 ministries, approved the Strategy Proposal for the Čepro enterprise and agreed to call a public tender to select a consultancy firm to advise on mergers and acquisitions, the aim being to sell a stake in the enterprise to one of the regional refiners. The government of Prime Minister Petr Nečas (Civic Democrats, ODS) in June 2011 had decided to establish the interdepartmental committee; nearly a year later, no such commission exists and no consultancy has been hired to study a possible Čepro sale. Among those eyeing taking a controlling stake in the Czech company and bolstering their respective positions in Central Europe are oil majors like Poland’s PKN Orlen, Hungary’s MOL and France’s Total.

Borovec is all for Čepro linking to refineries in neighboring countries. According to Czech Position’s sources, however, PM Nečas is not inclined to head in this direction; perhaps this played a significant role in the impending departure of Borovec — whether of his own accord or pushed by the current shareholders, i.e. the state.