Many newly built flats can only be sold at generous discounts, but few developers are willing (or able) to take the hit 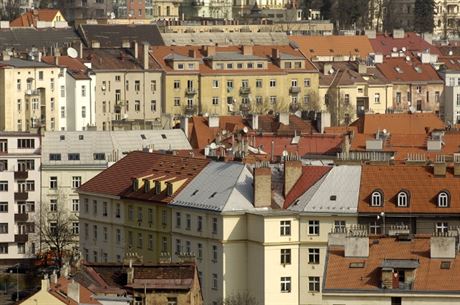 Up to 10,000 flats are currently available on the Prague market, including long-unsold idle properties. It would only be possible to get rid of these flats if developers made massive price cuts. If they can afford to do so is, however, the question.

Developers made their calculations during the boom when construction and land prices were inflated. They assumed they would be able to sell everything, including flats in less-appealing locations, outsized development projects and flats with nonsensical spatial arrangements. If they do not want to end up with a loss they cannot afford to lower their prices too much. At least not until the banks that gave the developers loans lose patience. When will that moment arrive?

“In the middle of last year the number of vacant flats in Prague reached 9,500 to 10,000,” said Ondřej Novotný, analyst at international real estate firm King Sturge. It is the Czech Republic’s only foreign real estate agency with a section specializing in residential development projects. The statistics for unsold flats include not only completed flats but also ones under construction and properties not yet being built but already offered for sale by the developer.

Of the 10,000 flats offered on the market, roughly 3,000 have been completed, about half of which can be considered idle properties. Such flats pose a real problem for developers when they have difficulty repaying their loans. The size of the development and the percentage of idle flats is important. “Every developer would like to see around 60 percent of flats sold by the time rough construction is finished. That would be the ideal situation,” said Iva Nováková, head of the residential department at King Sturge.

It is not a good advertisement for the developer if after the project’s completion more than half the flats remain unsold. However, if a developer’s commitments toward the bank have already been met then there is nothing that prompts them to conduct a significant price cut, Nováková said. Developers will, however, run into some risk and expenses if they decide to wait to sell the property. “If, for example, it takes two years after a flat’s completion before it’s finally sold, the developer will have to extend the guarantee by another two years,” Novotný said. As long as the developer owns the flat, expenses for the building’s operation, heating charges and contributions for future building repairs need to be paid. ‘Housing projects with over a hundred flats achieve poor pre-sales and developers are having difficulty to meet their obligations with their bank.’

Real estate agents claim it is difficult to generalize the kind of projects that are in little demand. However, flats that are part of large developments with a greater number of apartments prevail among idle properties. “Housing projects with over a hundred flats achieve poor pre-sales and developers are having difficulty to meet their obligations with their bank,” Nováková said. Such outsized projects were initiated during the construction boom and have now become unacceptable for the market. There may in many instances already have been partial price reductions but not significant enough to convince potential buyers.

This has been the case with the Central Park Praha luxury development in Žižkov. Only one-third of the 540 apartments have been sold despite prices having been reduced from more than 100,000  per square meter to 64,000–85 000 per sqm. Buyers are, nevertheless, still not coming in droves. And there are more examples like this.

“I am waiting to see how the project in Prague’s Malešice neighborhood that SIDI Prague bought from Sekyra Group is going to work out,” Novotný said. Malešice is set to see the construction of five eight-story apartment buildings and four 20-story residential towers. The first stage will involve the construction of 290 flats. The total anticipated number of flats after completion is 549. “A project of this magnitude always raises concerns whether it is going to be completed at all,” Novotný said.

At the end of 2010, statutory approval after completion was given to the Rezidence Korunní luxury development built by Sekyra Group in the Prague’s Vinohrady neighborhood. Those eager to live in this housing complex should be ready to pay around Kč 10 million including value-added tax (VAT) for a two-room flat with a kitchen corner. Of the 270 flats in the building, 131 are still awaiting an owner. The first press release issued in 2007 stated that around 100 potential buyers had reserved a flat.

Sales are also slow at Rezidence Kavčí Hory. The project’s website reveals that 15 out of the 16 completed flats have so far remained unsold. The project developed by BM Develop will have 88 apartments. Prices per sqm start at Kč 95,000.

How to create idle properties

Real estate agents claim every flat will always find itself an owner. This requires the price to be set properly, though. Newly built flat developments turned idle have simply not gone through a sufficient price cut. “The possibility to further lower prices has hit the building expenses level,” Novotný said. A source told Czech Position that construction costs per sqm for a standard flat in Prague – not including expenses for the land plot – amounted to around Kč 37,500 at the time of the boom.

The idle flat problem is compounded by flats constructed after the building boom being cheaper thanks to current downward-adjusted construction prices. “As soon as potential buyers see they can buy a new flat in Prague for Kč 40,000 per sqm they are not willing to spend Kč 50,000 on an already completed flat,” Novotný said.

No buyers but tenants

In some instances it is possible to lease unsold flats. This scenario is, however, rather limited. “We tried to come up with such a project, but the main thing is to convince the bank of such an idea,” Nováková said. In Hradec Králové, East Bohemia, the bank was prepared to agree to such an alternative. ‘It is not a long-term solution for the situation.’

In other cases, however, no such agreements with banks were reached. “Particularly big banks like, for example, Česká spořitelna tend to refuse,” Nováková said. And sometimes even the developer is not enchanted by the idea.

“This requires a complete change of plan. It is not a long-term solution for the situation,”  Novotný said, adding that it may pay off for a bank to cancel the project altogether rather than to saddle itself with all sorts of practical problems for 10 years to come.

There are thousands of flats on the market now that no one is interested in. Will developers come up with a proper price cut? That is, as practice has shown until now, rather theoretical. So far the problem is being shoved further into the future. The banks have credit-burdened residential projects in their books, part of which the developers still have not paid back, and everyone pretends in public everything is okay.