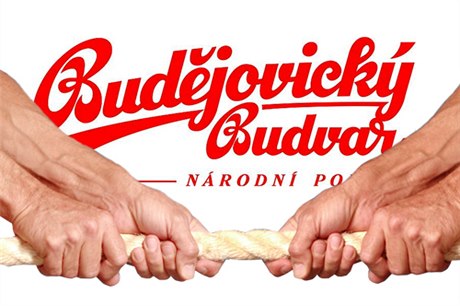 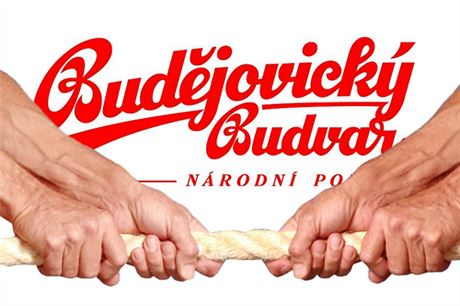 Czech beer lovers last week launched an internet-based campaign against the possible sale of the world-famous Budějovický Budvar brewery in České Budějovice to the global drinks giant Anheuser-Busch InBev, which produces American-type beer under the Budweiser name. Rumors that the “godfather” lobbyists close to the center-right Civic Democrats (ODS) are planning the sale emerged shortly after Petr Bendl (ODS) took control of the Agriculture Ministry.

The rumors of plans to sell the state-owned producer of the original Budweiser have caused outrage among Czechs proud of their country’s national brew. Nevertheless, the issue of the future of Budějovický Budvar Peoples’ Enterprise could perhaps be approached more rationally and with less emotions if more information was made available not only by the state, but also by the Budějovický Budvar brewery itself.  The brewery is doing itself no favors by refusing to give details about marketing and other payments as a controversial ministry audit continues.

In February, Agriculture Minister Petr Bendl announced that Budějovický Budvar had spent Kč 1 billion on sponsorships over the past three years and that the enterprise has effectively become a state within the state. But the authors of the anti-privatization campaign say Bendl’s claims are “simply deliberate distortions,” and that the brewery’s results and finances indicate as much.

‘Such a justification for refusing a request runs counter to legal provisions, and as such is illegal. Budějovický Budvar is an obliged entity under the law on free access to information because it is a public institution’But is it possible that what Bendl was referring to is the financing of political activities from the brewery’s profits, about which there has been public speculation without any actual evidence?

In an attempt to verify if there is some truth behind the rumors of surreptitious political funding from Budvar’s coffers, Czech Position asked the brewery for its recent audit results, including details of its marketing expenditure.

And this is not the first time we requested financial information from the brewer: in the summer of 2011, we requested Budvar for figures in connection with a sponsorship gift for the firm Czech Teleaxis which belongs to Peter Kovarčík, a friend of President Václav Klaus, in an attempt to establish how much money Budvar put up for the organization of the international conference USA Days in the European Union, which took place last October and at which Prime Minister Petr Nečas (ODS) was among the speakers.

Last year, Budvar’s responses were evasive, so this time we sent a request according to the law on public access to information and put the following questions:

How much money did Budvar contribute to the organization of the conference USA Days in the European Union which took place on October 24 and 25, 2011?

A list of the legal entities which received sponsorship gifts, including the amounts, from Budějovický Budvar in the years 2009, 2010 and 2011.

A list of the legal entities which received finances from the Budvar budget, including the amounts, for marketing and PR activities in 2009, 2010 and 2011.

Responses only after audit

For a second time the brewery refused to provide the information. “We do not draw any funds from the state budget and we do not receive any subsidies or grants from public sources. All of the funds which we have at our disposition are generated exclusively from our commercial activities. For these reasons Budějovický Budvar is not a public institution,” the brewery’s spokesman Petr Samec responded. In other words, the brewery’s management claims that because Budvar is a peoples’ enterprise and not a state institution it is not obliged to provide information to the public.

Budějovický Budvar enjoys a unique albeit spurious legal status: it is the only so-called “Peoples’ Enterprise” remaining from the socialist era prior to the regime change in 1989.Samec also justified the refusal to provide the information on the grounds of an on-going audit. “Much of the information about which you are asking is the subject of public administration checks now being conducted by the Ministry of Agriculture. Because we respect the agreement with our founder not to divulge any information about the checks to the media, we will not provide responses to your questions,” the spokesman said.

Here it is necessary to point out that Budějovický Budvar enjoys a unique, albeit spurious legal status: it is the only so-called “Peoples’ Enterprise” remaining from the socialist era prior to the regime change in 1989. When following the communist takeover in 1948 the brewery was nationalized, the Agriculture Ministry became its official founder as a Peoples’ Enterprise.

According to Oldřich Kužílk from the Open Society civic initiative, which campaigns for transparency of public institutions, the law on free access to information also pertains to Budvar. “Such a justification for refusing a request runs counter to legal provisions, and as such is illegal. Budějovický Budvar is a subject entity under the law on free access to information because it is a public institution,” Kužílk said in response to Budvar’s rejection of our requests.

Kužílk says a public institution is not defined as such on the basis of whether or not it uses public funds, but upon criteria defined by the Constitutional Court (ÚS) in a dispute in which it ruled that the operator and owner of Prague’s international airport, Letiště Praha, is a public institution and thus obliged to provide information under the public access to information law.

Thus for the time being at least it appears impossible to establish whether or not Budvar has spent money on supporting political activities. Nevertheless, the peoples’ enterprise which reportedly spends hundreds of millions of crowns annually on marketing, sponsorship and PR , is of prime interest to many politicians. And as a state institution, a number of politicians have a seat on Budvar’s board. They are:

A few weeks ago shortly after the conflict between Minister Bendl and the director of Budvar Jiří Boček entered the public arena, a former civil servant at the Agriculture ministry at the time when Petr Gandalovič (ODS) was its minister told Czech Position about political connections between the brewery and the ODS during his time at the ministry. “People made trips to Budějovice to seek Boček’s support for various ODS initiatives and events. He refused to support many things, but gave to some. Apparently even then [former ODS prime minister] Mirek Topolánek pressed Gandalovič to get rid of Boček,” the former Agriculture Ministry employee said on condition of anonymity.

The source did not, however, say which initiatives Boček allegedly supported.

According to an ODS politician who wishes to remain anonymous, it is the marketing and PR budgets which are at the center of the on-going dispute at the breweryDevelopments at Budvar, including the audit ordered by Bendl and resolutely opposed by Boček, are being closely followed by the Czech political elite. “Director Boček informed Mr. President about the situation in Budvar, the state of its business and financial results,” Klaus’ spokesman Radim Ochvat said of Boček’s meeting with Klaus at Prague Castle at the end of February. The meeting took place three weeks after speculation surfaced that Bendl was planning to remove Boček and privatize the last Peoples’ Enterprise.

The weekly Euro recently reported that Budvar has set aside Kč 365 million for marketing this year, and according to an ODS politician who wishes to remain anonymous and who recently wrote his take on the situation at the brewery for Czech Position, it is the marketing and PR budgets which are at the center of the on-going dispute at the brewery.

“I also wouldn’t mind at all if Budvar sponsored political parties but it would be better if it sponsored them all equally,” the ODS source said on condition of anonymity. The question now is whether following the Agriculture Ministry’s audit of the peoples’ enterprise we will find out who in addition to Peter Kovarčík the brewery deems to be “worthy”.