When Russian literature passed through Prague 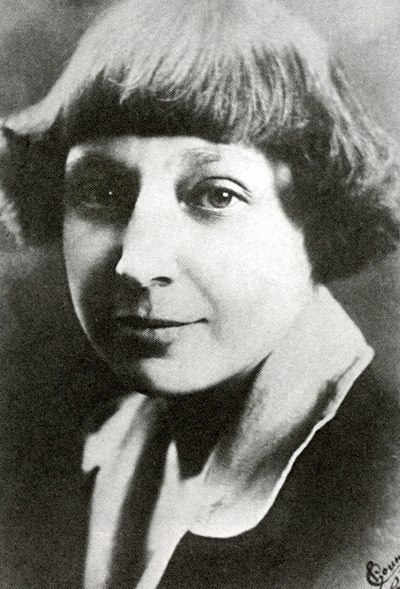 In the wake of the Russian Revolution and civil war, Prague played a surprisingly large and often unacknowledged role in 20th century Russian literature and thought. While the exiled aristocratic and political exiles settled in Paris and most of Russia’s intelligentsia chose Berlin, the scholars and writers that came to then Czechoslovakia would have a far reaching intellectual influence.

While Prague provided a certain amount of comfort for Russian exiles, given that Czech is a Slavic language, a more compelling reason for resettlement was that the new republic’s constitution provided émigrés not only the right of asylum but financial support. The welcome provided refugees in Czechoslovakia was unique in Europe and was attributed to the insight and international outlook of President Tomáš Garrigue Masaryk as well as the anti-Bolshevik sentiments of the country’s first prime minister, Karel Kramář.

The Russian writer most closely associated with Prague is undoubtedly poet Marina Tsvetaeva. Leaving Russia in 1922, she arrived in the bustling metropolis of Berlin, where Russian émigré publishing was about to come into being among a community estimated then at over 100,000. After a short spell, Tsvetaeva went on to Prague to reunite with her husband Sergey Efron, who was taking advantage of student stipends and housing provided by the Czech government to continue his studies.

Upon arrival, though, financial concerns caused Tsvetaeva to immediately relocate herself and her daughter to a village on the outskirts of Prague where a number of other Russians had already taken up residence. Except for a brief period the following year in the city proper, she would live in a series of small villages on Prague’s outskirts, such as Všenory, Horní Mokropsy and Dolní Mokropsy.

While the material conditions of her life were extremely trying, Tsvetaeva was very productive as a poet in the years she spent in Prague, a productivity that was rewarded by assured publication in the Prague-based émigré journal Volja Rossii (Will of Russia); it published everything Tsvetaeva sent them from 1922 until the journal’s closure in 1931.

Unlike many of her scholarly fellow-Russians, who formed strong bonds in Czech literary and academic circles, Tsvetaeva confined herself to the Russian sphere. While isolating her at times she did make contact with  number of Russian writers, including the young Berlin émigré Vladimir Nabokov.

In 1924 Nabokov was writing in Russian under the pseudonym of Vladimir Sirin and was still two years away from getting his first novel published. Nabokov’s mother and sister lived in Smíchov in Prague 5, as did Tsvetaeva at that time. The two Russian writers met and took a long walk that Nabokov would later refer to as a “strange, lyrical hike.”

It was during this visit in Smíchov that Nabokov would begin writing what many critics consider his best play, The Tragedy of Mr. Morn. In fact, though anxious to return to Berlin, he delayed his trip back to make further progress on the play, a work that is perhaps Nabokov’s most direct response to the revolution in his homeland. Because of some previously missing sections of the manuscript the play has never appeared in English until now, with publishers Penguin bringing out a translation in July 2012.

Nabokov’s mother would move to various parts of Prague over the next 15 years and died in Prague in 1939. Her sons were unable to to come to her funeral because of the war.

In a foreword Nabokov wrote to the English translation of his last Russian novel The Gift, he referred to the condescension many Russian émigrés felt toward the native populations of their new homes, whether they were in Paris, Berlin or Prague. Nabokov himself felt ambivalent about the Czech capital, characterizing it once as “a bleak bridge across a bleak river, rain, the wet gargoyles of some place of worship.” Literary critic Viktor Shklovsky was similarly dismissive of the Czech capital, writing from Berlin, “To live in Prague and think you’re living in Europe is foolish.”

Though she spent far more time in Czechoslovakia than many other émigrés, Tsvetaeva was even more ambivalent. “How harsh and savage the Czech language sounds to my ears and lips,” she wrote in a letter. Later, in the far more difficult circumstances she faced in Paris Tsvetaeva’s attitude would change and she would wonder why she ever left. By that time a significantly fewer number of Russians lived in Czechoslovakia, particularly as the threat from neighboring Nazi Germany began to grow.

Tsvetaeva would eventually return to The Soviet Union, where extreme poverty and the imprisonment of her husband and daughter led her to commit suicide in 1941.

Marc Slonim was the editor of Volja Rossii and a fascinating figure in his own right. At 23 years old Slonim served as the youngest member of Russia’s Duma during the short-lived Kerensky government. Once in Prague, Slonim became a key figure of the émigré literary scene. Besides championing the daring poetry of his friend Tsvetaeva, Slonim put himself even more on a limb in risking the publication of the Russian version of Yevgeny Zamiatin’s dystopian classic We.

This infinitely superior predecessor of Orwell’s 1984 and Aldous Huxley’s Brave New World was banned in The Soviet Union though its initial publication by New York publisher Dutton in 1924 was overlooked by communist authorities. As a Czech translation was being prepared Slonim decided to pretend that his Russian version was retranslated from Czech to avoid getting Zamiatin in trouble. Slonim went so far as to rewrite various passages in an attempt to camouflage the fact that he was publishing the Russian original.

His subterfuge failed and the Soviet authorities clamped down very hard on Zamiatin, forcing him to resign from any professional associations he participated in and ensuring that he couldn’t publish in the Soviet press. Eventually he was compelled to emigrate, spending the last three weeks of 1931 in Prague, where he met his Czech translator and gave some lectures, before his final stop Paris.

Slonim would leave for Paris in 1931 as well (and shared an apartment with Zamiatin for a time) before escaping the war and working in American academia at Sarah Lawrence College after which he spent his retirement in Switzerland (a very similar path as Nabokov’s). Slonim published a number of outstanding studies of Russian and Soviet-era literature and continued to protest against the Soviet stifling of intellectual freedom, most notably in theSinyavsky-Daniel trial of the mid ‘60s

Literary theory had a strong influence in the US in the 1980s and 1990s, and while many people associated it with its famous French adherents very few knew how indebted it was to the Prague Linguistic Circle. Founded in the early ‘20s by Russian émigrés such as Roman Jakobson, Nikolai Trubetzkoy and Piotr Bogatyrev together with Czech linguists and literary scholars, the group would pioneer modern studies of language and literary expression.

The fact that its foremost members published work in Russian, Czech and German, as well as finding links between Russian and Czech literary and artistic expression was a testament to the cosmopolitan outlook imposed on the group by circumstances, but taken advantage of in their various intellectual pursuits. Czech was used as a lingua franca among the scholars, prompting one of them to write that “seldom was Czech without an accent heard. Even those who hardly knew how to speak any other language but their native Czech acquired a queer pronunciation after some time.”

Jakobson had a remarkable facility with languages, and according to his friend, the Nobel Prize-winning poet Jaroslav Seifert, was able to speak Czech after three weeks in the country. After only a few months in Prague, Jakobson published Czech translations of Russian poet Velimir Khlebnikov. Later on he would also befriend Czech writers and artists such as Karel Teige and Vítězslav Nezval.

Jakobson was also instrumental in bringing Russian poet Vladimir Mayakovsky to give readings in Prague in 1927. The famous, feted poet was put up, according to Jakobson, in a Wenceslas Square hotel reserved for prostitutes. Sitting in his overly plush surroundings Mayakovsky commented, “I feel like Madame de Pompadour.”

Jakobson went on to teach at Masaryk University before the threat of a German invasion made flight necessary for Russian-Jewish émigrés. Jakobson and his Czech wife, anthropologist Svatava Pirkova, dangerously made their escape through Berlin, to Denmark and Norway (smuggled in a coffin while Pirkova was disguised as a peasant woman) and eventually to the US.

The bite of satire

Another writer that ended his years of exile in Prague was the satirist Arkady Averchenko. Though his mocking fables didn’t always make it past the Tsarist censorship the communist-era censors were far less lenient, declaring Satyricon, the popular magazine Averchenko edited, to be anti-Soviet and shutting it down. Besides Averchenko’s own writing the magazine had previously included work by writers such as Osip Mandelstam, Sasha Chernyi and Mayakovsky.

Averchenko’s journey into exile was an adventure in itself. From Petrograd (Saint Petersburg) he went to his hometown Sevastopol until the Red Army took the city. Then he lived in Paris, Sofia and Belgrade before finally settling in Prague in 1922. Though he found living abroad difficult he did attain some popularity among Czech readers. Averchenko’s work only finally came into English translation in 2010 with the publication of the book A Friendly Letter to Lenin, "Ninochka", and Other Short Stories by the Edwin Mellen Press.

One of Averchenko’s stories shows a critic pushed by his editor to write a positive review of a modern art exhibition regardless of the quality. Though dumbfounded by how terrible the paintings are the critic sits and dutifully writes the best positive review he can manage, with hilarious results:

“One gets a powerful impression from the tragic picture by Burdis, ‘The Cabman.’  The painting renders a rare moment in the life of a cabman, when one of them is smeared in blue paint by drunken pranksters, who poked one of his eyes out and shortened one of his legs to such an extent that the unfortunate victim of this savage joke stands next to his sleigh completely tilted to one side. When will we finally see an end to the harassment by well-fed, wealthy, and willful passengers of the poor, persecuted cabmen?”

Averchenko’s life in Prague was cut short by health problems. In 1925 he died at the age of 44 and is buried in Prague’s Olšany Cemetery not far from where Kafka was buried in the Jewish cemetery less than a year earlier.