Less than a month after the new public tenders law came into effect, it’s already clear that the regulations are still far from ideal 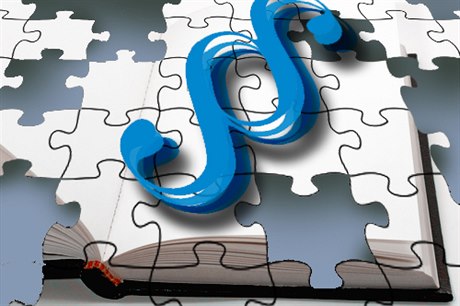 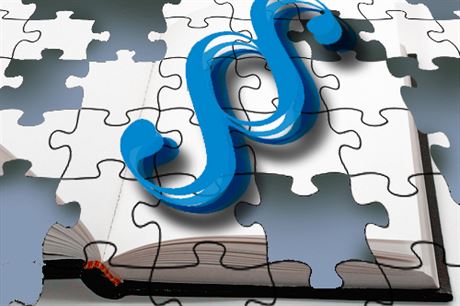 Perhaps no new Czech law has been anticipated with such great hopes — both justified and idealistic — as the amended law on public tenders. The legislation aimed at cutting out corrupt practices from public contracts came into force on April 1. But while the law  is certainly a step in the right direction, as indicated by the rush to churn out tenders under the provisions of the old law by the end of March, it is still far from ideal.

But before detailing the biggest shortcomings of the new package of rules, here’s a quick summary of what has been improved under the new  provisions:

These measures will bring greater transparency to public tenders. “A section of suppliers and deliverers did not participate in public tenders because they knew they had no chance of success, and could only win in a fair competition,” commented lawyer Daniel Weinhold, who headed the expert group Platform for Transparent Public Tenders, which participated in the drafting of the amended law.

Tender issuers should also benefit from the new rules. “If the process of issuing tenders is non-transparent, even if the issuer does not introduce corrupt practices they still get fewer offers. A system that enables selection not according to the most transparent method leads to losses both on the sides of issuers and suppliers,” Weinhold explains.

Prior to the drafting of the amendments, the platform proposed 39 specific measures. “Roughly two thirds were worked into the new law on public tenders, and a third will be accommodated in other laws,” Weinhold says. Those other laws include a public administration bill that is supposed to protect civil servants from political pressure and should be presented to the government before the end of the year.

Sector suppliers and a ministerial promise

The new rules from which sector suppliers are exempt include the obligation to publish contracts and prices agreed with subcontractorsSo what are the shortcomings of the amended law? The rules for so-called sector suppliers, firms operating in the utilities sectors: gas, municipal heating, electricity and water, have been criticized for being way too soft. Suppliers of goods and services in these areas have essentially been spared from nearly all the new measures supposed to guarantee transparency of public tenders. For them, the new law hasn’t changed anything fundamentally.

“The government’s original version of the amended law counted on the new measures being applied to all suppliers. However, sector suppliers were removed during the approval process,” Weinhold said.

“According to my information, an amendment to the bill relating to sector suppliers was introduced by the [lower house of parliament’s] economy committee just before the bill was put to the vote, and the Chamber of Deputies voted in favor of that version,” Dan Ťok, head of construction firm Skanska’s Czech operations, told Czech Position.

The new rules from which the sector suppliers are exempt include the obligation to publish contracts and prices agreed with subcontractors. For example, Ťok points out that issuers of sector tenders can even avoid calling a public tender altogether for contracts with a value under Kč 126 million if they can claim emergency circumstances. “The Platform for Transparent Public Tenders [of which Skanska is a member] is demanding at least a reduction of the limit over which a public tender must be called,” Ťok said.

After the amended law was passed, Minister for Regional Development Kamil Jankovský (Public Affairs, VV) promised to toughen the rules for sector tenders before the new law came into effect. However, this did not happen. “At the current time the Ministry of Regional Development is not working on an amendment which would change the position of sector suppliers,” ministry spokeswoman Jana Jabůrková told Czech Position after the  law came into effect.

The ministry says it is not taking steps in this area because it says it expects the EU to issue new guidelines for sector suppliers. “Generally, we propose evaluating the state of the law on public tenders after a certain time of the new law being in effect and firstly analyze the new EU guidelines and subsequently formulate what should be done,” Jabůrková said.

The exposure of company ownership structures and the abolition of bearer stock should be addressed by a draft law on greater transparency of stock companiesMany expected major big changes to enforce declarations of ownership by companies participating in public tenders in the new rules. At the same time there was a debate about banning bearer stock, which enables company owners to remain anonymous, but no legislation has been initiated. “During the readings of the bill a proposal was put forward for firms to be made ‘to strip naked’,” lawyer Weinhold points out. However, this proposal was so badly formulated that had it been enacted it would have entailed an enormous extra administrative burden for both tender issuers and bidders, but would have practically no effect in fighting corruption, he says.

Exposing company ownership structures and the abolition of bearer stock should be addressed by a draft law on greater transparency of stock companies which has been drafted by the Ministry of Justice. “This solution will be more straightforward in terms of administration and also more effective because it will have a wider impact. The law will be based on concepts which are already addressed in the Czech legal code and are defined in the law against money laundering,” Weinhold said.

The Ministry of Justice submitted the draft law to the cabinet at the start of April. The bill stipulates that joint stock companies with bearer stock will have to transform their ownership model according to one of several options: bearer stock will have to be exchanged for standard shares with registered holders; so-called immobilization whereby shares are physically kept in a bank in an account under the name off the shareholder; or so-called booking with the central depository.

In case of suspicion of a breach of the law, the keeper of immobilized shares will be obliged to provide information about share ownership to state institutions dealing with suspected or proved criminal acts.

But where are the instructions?

Critics say it is a great shame that the much anticipated new law has been tarnished so early by the lack of guidelines.Despite the fact that organizers of public tenders must adhere to the new rules as of April 1, the Ministry of Regional Development has still not produced accompanying guidelines with detailed instructions on how to proceed. An entrepreneur told Czech Position that the fact the guidelines are still not available is “a pain and a disgrace.” The bill after all passed its first reading in the lower house on November 4, 2011, and was cleared by parliament on January 31.

Of course there was a chance the bill would be undermined or rejected outright, however, the pressure from society and some parliamentary factions was so strong that such a development was very unlikely. The upper house of parliament, Senate, returned the bill to the lower house, the Chamber of Deputies, with a proposed amendment to force firms to “strip naked,” but this proposal did not concern the part of the law for which procedural guidelines are required.

According to a source well acquainted with the situation and the issues involved, the Ministry of Regional Development could have started work on the guidelines at the end of last year after the amended public tenders bill cleared its final reading in the lower house.

The rgional development ministry's spokeswoman rejects the criticism. “The Senate’s version also dealt with verification of official explanations. The endorsement by both the Chamber of Deputies and the Senate of the version, both including proposed changes from the second reading, was crucial,” Jabůrková said, adding that recommendations for tender issuers on how to proceed have been posted on the public tenders portal.

Several public tender issuers say that it is very difficult for them to hold tenders under the new rules without the comprehensive guidelines and don’t want to run the risk of unsuccessful bidders launching law suits against them due to non-adherence to the new rules.

The lack of guidelines is certainly one of the reasons why fewer tenders have been issued since April 1. On the other hand, a significant number of tender issuers rushed to organize them before April in order to take advantage of the more lax and familiar rules that allowed reducing  the number of offers, through the use of lotteries lottery for example. In the first quarter of 2012 many issuers managed to issue tenders that practically exhausted all of their 2012 budgets.

Critics of the Ministry of Regional Development say it is a great shame that the much anticipated new law has been tarnished so early by the lack of guidelines. Then again, it’s possible to take a different somewhat cynically practical view: the fewer public tenders held the better because it will mean less public money being stolen and more saved.