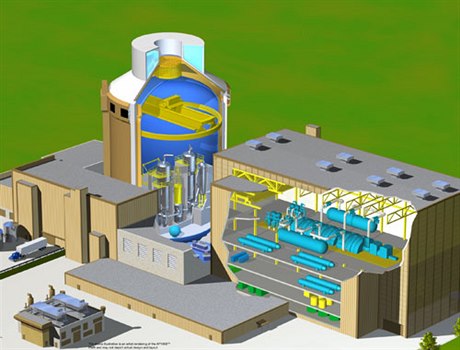 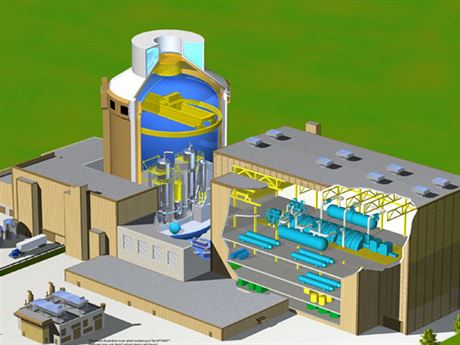 US-based Westinghouse Electric Company has launched a website in Czech to highlight its activities related to the government tender for adding two new reactor units to ČEZ’s nuclear power plant in Temelín, South Bohemia. The site, www.westinghousenuclear.cz, explains aspects of Westinghouse’s proposed AP1000 reactor with a subtitled video and schematic drawings, and outlines some of the areas where Czech suppliers can become involved in the project.

The site goes into some detail about the proposed Generation III+ pressurized water reactor’s passive safety system and modular construction. Users can also track the progress of Westinghouse reactor projects in China and the US, and read about Westinghouse’s past involvement in completing the first two units at Temelín.

Westinghouse, part of Japan’s Toshiba Corporation, is one of three entities interested in building two new reactor units in Temelín. It is up against Areva of France and a consortium led by Russia’s Atomstroyexport and Czech nuclear industry supplier Škoda JS, which has been part of Russian engineering group OMZ since 2004.

Need to catch up

In mid-December, Minister of Trade and Industry Martin Kocourek (Civic Democrats, ODS) said that Westinghouse and Areva were lagging behind Atomstroyexport in their willingness to subcontract work to Czech companies. The new site is an effort to address that issue.

“The website offers an additional platform for communication with Czech industry, so we hope it will help us to strengthen the current relations that Westinghouse has with Czech companies,” Kerry Hanahan, project development coordinator in the Czech Republic for Westinghouse, said in a press release.

Suppliers interested in cooperating with Westinghouse can register through the site and might qualify not only for the Temelín projects, but also for other AP1000 projects around the world, according to the press release. The assembly-line type design for the AP1000 means virtually the same parts are needed for every unit, which allows some supply partners to remain involved in future construction. While the introductory part for potential suppliers is in Czech, the site eventually links to a secure international page for suppliers that is in English. ‘We hope it will help us to strengthen the current relations that Westinghouse has with Czech companies.’

Hanahan previously told Czech Position that if Westinghouse is successful in its bid, its plans call for using up to 80 percent Czech suppliers under its “buy-where-you-build” program when it constructs the two AP1000 units.

Currently, Westinghouse is building four AP1000 units in China, two each at Sanmen and Haiyang. All four units are on schedule and budget, according to Westinghouse. In the US, six contracts have been signed for AP1000 units. In addition to operations in the Czech Republic, Westinghouse has other facilities located throughout the European Union, including Belgium, Bulgaria, France, Germany, Spain, Sweden and the UK.

Westinghouse’s rival Areva has also made an effort to expand its profile in the Czech Republic.  In mid-January the firm announced a partnership with two Czech universities to increase educational opportunities in the nuclear field.

The AP1000 has an output of 1,150 megawatts of electricity, compared with 963 MW for the Temelín existing units. The Atomstroyexport and Škoda JS consortium has proposed the MIR-1200, which will generate 1,158 MW. Areva is offering its EPR model, which has an output of 1,650 MW.

The tender for expanding Temelín has already hit delays. Originally, the tender was to be called at the end of 2010, but on Oct. 19, 2010, Prime Minister Petr Nečas (Civic Democrats, ODS) said the selection process would be delayed by one year and the government, and not state-owned energy giant ČEZ, would make the final decision. The government is making six studies concerning the reactor tender and its timetable.