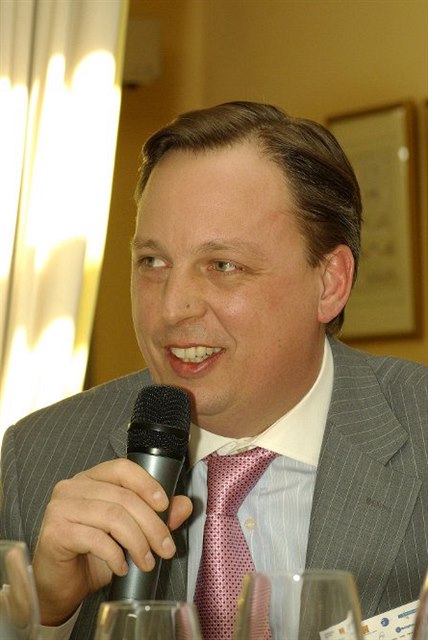 Like for its two rivals — a consortium led by Russia’s Russia’s Atomstroyexport and Czech nuclear industry supplier Škoda JS Atomstroyexport and France’s Areva — the clock is now ticking on Westinghouse to submit its bid to expand Temelín by July 2, 2012, and place itself in the best possible position to land the contract.

Kirst told Czech Position how the ČEZ contract is part of the company’s wider bid to get nuclear power plant contracts in Poland and the UK. As a result of this bigger picture, Czech companies might be able to position themselves for a more significant share of future European nuclear work — or could lose out to rivals as Westinghouse looks to select a European hub for a large proportion of its off-site, pre-production modular work. Much will depend on how the three ongoing nuclear projects pan out.

Q: What is your main selling point to ČEZ, given that your safety claims are well known?

A: Our main value is certainty; certainty as defined by different parameters. We think our technology exceeds the most stringent standards that there are today globally, even taking into account future requirements. The third-generation AP1000 reactor is extremely advanced and there should be no need for some additional upgrades. This is an important factor. There is certainty on licensing; our licensing will be completed in the U.S. in the next two weeks. The Czech Republic has a licensing methodology that is very similar to the US methodology. We feel that the Czech regulator will be supportive of our design. The others will have to go through the whole system.

There is also the certainty that all of our projects are on time and on budget. That is important when financing plays such a big part in the overall costs of such projects; you need to have reactors up and running and paying for themselves. It is important that you meet the time schedules. We have a modular production process so that you can you can make progress in parallel with on site construction and off-site work.

Q: With regard to that modular process, does that mean that large parts of these reactors could be built, for example, say  in India or China?

A: These are large sections that we are talking about. It would be costly and [involve] a lot of risk to move them. We are looking for a regional modular facility for Europe and that will be constructed with regard to ongoing tenders [for nuclear facilities] in Poland and the UK. The Czech Republic has the possibility to provide this work as well if it can compete on quality and costs. We will put them [the offers for work] against ourselves and other companies in Europe. What is important here is quality not lowest cost.

Q: You mentioned the other nuclear plans in Poland and the UK, what are they and is there chance that the modular work could go there?

A: There are plans for new nuclear plants in Poland by 2020. ČEZ is indicating dates of somewhere from 2020-2023 [for completion]. There is a possibility work could go to Poland. There are places in Poland that would like to do this work. Ports are good places. For transport and access, clearly Poland would have an advantage. We will be putting everyone against everyone in this respect. The Czech Republic has a lot of valuable industrial know-how and can be a major source of supply in Europe. We are looking at regionalization, and the Czech Republic will certainly be a central hub of excellence.

We signed an exclusivity deal with the Czech [nuclear safety and systems] company I&C Energo. They will be our principal supplier — and not just for the Czech Republic. This is high value and a high proportion of Czech work.  This is an example of what we can bring. I&C Energo was originally set up by us [for original work by Westinghouse on the first two Temelín reactors] and then we sold it.

‘Both of these programs could come in quicker and could be larger than what is happening in the Czech Republic.’

Q: And what exactly are the nuclear projects in Poland and the UK?

A: In the UK a new joint venture [between E.ON and RWE] called Horizon is looking at three reactors at two sites. Ultimately, there could be a minimum of six or nine reactors. Poland is supposed to make a decision [on proceeding with its first nuclear plants] by the end of the year. There could be three reactors and up to 12. Both of these programs could come in quicker and could be larger than what is happening in the Czech Republic.

I should add here that in Poland and the UK, Russian companies will not be bidding. They were not invited to bid. You have to ask what future work they can offer when they are not involved in major programs in Europe.

Q: Coming back to the bidding documentation delivered by ČEZ at the end of October, was there anything in the 6,000 pages that was a surprise to you?

A: I have not read through all the pages, but I have looked through them. From first glance, it looks like what we expected. It is a very thorough and detailed document. A lot of time has been spent on this and it shows. There is nothing in there that could cause a major issue for us now.

Q: About the amount of work that you can offer in the Czech Republic, there have been figures of around 70-80 percent. Is that still about right?

A: The modular part of the work is important, but still around 45 percent of the work is the construction on site. It is a bit modular, but a lot of it is on site. There will be around 3,000 jobs on site. Then there are all the automatic and safety features, which are a substantial part of the work. Some of the other main components, such as the core tanks and steel construction, could possibly be done in the Czech Republic. The baseline figure is 70 percent; that is a percentage of the investment. We need to see what can be provided. It could go higher, it could go lower, but it is our intent to try for that percentage.

Q: What is the most that you can do, apart from filling in bidding documentation, between now and the final ČEZ decision to give yourself the best chance?

A: We should continue to show that we can carry on delivering projects on time and cost. That is the biggest advert for us. We want to maintain that for the four units in China. The [nuclear] decision in the UK could be a strong signal if we are successful. The same is true of Poland, though that is not for exclusivity as is the case in the UK, but it would all show that we are making value projects.

Q: Do you feel as an American company, owned by Toshiba of Japan, that the European safety rules and stress tests now being drawn up might work against a non-European bidder and in favor of a European one?

A: That is a very interesting question. I will tell you that within hours of the Fukushima nuclear accident we were requested to come to the European Commission to help explain the situation. We could not be that much help with regard to Fukushima because the reactors there were from GEC. But with regard to European safety and modifications we could help. They [the Commission] realized that all of the reactors in France, Spain, Belgium, Sweden and Switzerland were Westinghouse designed. New requirements are being discussed at a European level and we have been consulted about that. We have seen some of the requested changes to future designs and we have no concerns at all.

‘We have seen some of the requested changes to future designs and we have no concerns at all.’

Q: You mentioned the exclusivity deal signed up with I&C Energo but you have not signed up other such deals with Czech companies. Isn’t this a problem.

A: I&C Energio is a special company. It was created by us and then we sold it back to Czechs. It is a good example of what sort of partnership we can achieve. There are potential external companies that could provide products or services but we would not like to just pick one o two of them that would get the best terms and prices. Whether or not they are Czech firms, we have the obligation to try and get the best offers and exclusivity is not necessarily the best competitive way to do that.

Q: And is there a chance that Czech nuclear industry supplier Škoda JS [part of the rival bid for the Temelín contract led by Russia’s Atomstroyexport] could get some of the eventual work if you win the tender?

A: When we put in the final proposal in July we will need to have all the substantial subcontractors identified with their terms and prices and conditions. With the position Škoda JS as it has been declared, I do not see how we could use them.

Q: Your offer for the reactors is of a much smaller capacity power output than that of the EPR from France’s Areva. Do you see that as an advantage or a disadvantage?

A: We think that it is a significant advantage. There are limitations to the [high voltage] grid of the Czech Republic and surrounding areas and if you put in an EPR [the reactor model being offered by Areva] you are going to have to provide a lot more money to upgrade it. It is a much bigger investment that you will have to make and account for. Our reactor also had a smaller footprint, it requires a smaller site and it less demanding and that is important for sites such as Dukovany [the Moravian site ČEZ’s oldest nuclear reactor where expansion of the facility is also being considered] where there are smaller areas left on site for expansion.