Gordon Gekko is out of jail, and his family drama intertwines with real events in an operatic fashion in the run up to the economic collapse. 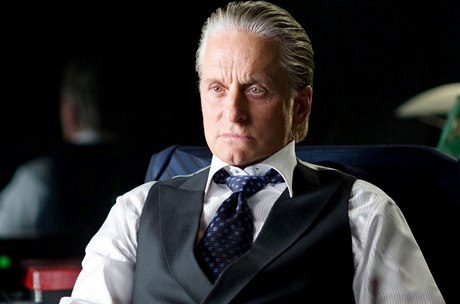 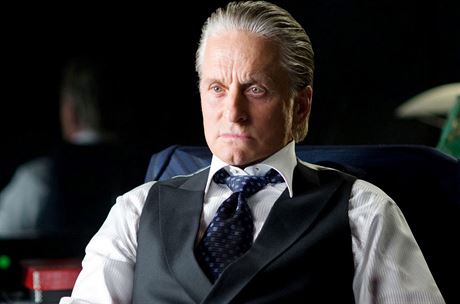 Sequels seldom live up to expectations. After more than two decades since the original, “Wall Street: Money Never Sleeps” can hardly be called a quick effort to cash in. But it falls somewhat flat in updating the audience on either the characters or the investment situation.

Michael Douglas returns as Gordon Gekko, the investor who went to jail for insider trading in 1987’s “Wall Street.”  He is now out of jail and making money by lecturing to promote an exposé book that he has written.  He warns audiences that all these acronyms like CDOs are something to be concerned about, since nobody knows how they work.

It is mid-2008 right before the collapse. His comments early on that his kind of financial crime was small compared to what is now legal offer the promise that there will be some insight into modern financial dealings, but that promise goes unfulfilled. The rest of the financial discussions are clipped and schematic, with financial phrases serving simply as buzzwords to move the plot.

As in the original film, Gekko takes a younger man under his wing, and this is perhaps the film’s biggest blunder. Shia LaBeouf, best-known as for “Indiana Jones and the Kingdom of the Crystal Skull” and the Transformer movies, plays Jake Moore, a rising energy sector analyst at a big investment bank that has invested heavily in just the kind of monetary instruments that Gekko warns against. LaBeouf lacks the edge that Charlie Sheen, who played Gekko’s previous protégé, brought to the original. It is hard to sympathize with him. It is easier to see him as the kind of educated but still clueless money firm employee who played a part in bringing on the collapse and is getting what he ultimately deserved.

The older actors — Frank Langella and Eli Wallach especially — come off much better, but unfortunately have little screen time. Wallach, in his 90s, makes a brief comment about remembering the Great Depression. A few more such comments could have lent the film some much needed depth.

The script by Allan Loeb and Stephen Schiff reduces the economic collapse to a high-stakes revenge plot with some of the big players bent on destroying competitors for personal rather than business reasons, with quite a bit of family melodrama thrown in. Whether motives like these played any real role in why some institutions were allowed to crumble while others were declared “too big to fail” is left up to the viewer to decide.

Overall, “Wall Street: Money Never Sleeps” is reminiscent of “The Godfather: Part III,” which tried to make a Vatican banking scandal a backdrop for the further adventures of Michael Corleone. Both films add little to the understanding of the scandals and ultimately depict important events as little more than a soap opera. Unless you need to know what happened to Gordon Gekko, “Wall Street: Money Never Sleeps” may be an unnecessary investment of two-plus hours.