Waiting to be saved: the state of Prague’s train stations 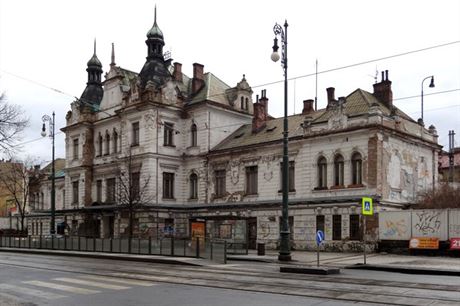 As a place people go to leave town, or welcome someone home, train stations are still often filled with romance and nostalgia. Typically built in enviable areas of town and to a standard politicians of the time wanted to be able to show off; they often become areas of rundown blight – especially if after time trains no longer run through them. But the history and beauty still remain, and in Prague, at least, many are just waiting to be saved.

“There are two important layers to this problem. First in an urbanistic sense,” Tomáš Skřivan from the Czech Technical University’s Faculty of Architecture Industrial Heritage Research Center, told Czech Position. “There are huge unused areas which are in danger of speculative reuse by subjects who are only interested in its instant economical profit, not in respecting the public interest. There is a big danger of missing an opportunity of responsible and quality city development.” He says the second problem is the destruction of cultural heritage.

“Demolition unfortunately occurs in almost all cases of buildings which are not preserved,” Skřivan said. “Developers still don’t understand that these artifacts can serve as important landmarks of their “beautiful” new districts.”

These problems are seen by a broad spectrum of architects, cultural enthusiasts, and increasingly the City of Prague. The topic grew in such importance that on March 8, a one day international conference, Prague Railway Stations Un/Used, was held in Prague. Organizers hope it served as a stepping stone to a broader discussion focusing on the utilization of the railways stations, as well as other industrial buildings in the city.

A variety of experts from other European cities, like Hamburg, Copenhagen, Madrid and Vienna were on hand to present the successful revitalization of transport and industrial premises in their cities. The conference was held in cooperation with the Industrial Heritage Research Center, Ministry of Transport, Czech Railways, and other interested parties in the hopes of figuring out how to use the vast areas and buildings in the center of Prague that were used for railways but nowadays their capacity doesn’t meet contemporary needs.

As these are large areas and most contain half-ruined buildings; how can Prague look at them as possible future development for the city and offer a place for inspiring architecture without letting them fall into the hands of unscrupulous commercial developers? One of the conference organizers is the Jaroslav Fragner Gallery. Gallery Director Dan Merta is pleased this discussion is finally happening in Prague.

A plan for new Prague

Accompanying the conference, through March 13, will be an exhibition at the Jaroslav Fragner Gallery taking an in-depth look at what can be done with the Žižkov railway station. Students from Czech Technical University had the opportunity to either address the railway station itself or the surrounding area.

“We prepared the workshop in an atmosphere of discussion about the demolition or preservation of the Žižkov station building,” Skřivan said. “The main argument for its demolition is that it’s hardly useable and what’s even more absurd is that the parcels of the station which consists of 30 hectares are unsalable in case of its preservation (the building itself covers only a small fraction of this area). The workshop aimed to prove that the building is useable and to find out the limits of its reuse.”

Skřivan adds that the station is a unique utilitarian building and the biggest coherent example of Czech functionalism. It was one of most progressive railway building in all of Europe at the time and it proves not only the former advancement of Czech civil engineering but also is testament to the economic level of the early 30s.

The projects the students realized show a number of different options but the bottom line is the area and buildings are usable. “We are presenting the historical focus along with the contemporary student projects for the station,” he said. “This is part of the discussion – what does the future hold for this building, which is an excellent example of functionalism from the 30s.”

Merta has a deeper interest in this particular station – prior to his galley job, he worked in Prague 3’s cultural department for 15 years. “I know the city and the station and it’s very important to make the area interesting. It’s good architecture and Prague needs a dialogue on good, future architecture,” he said. “That’s why this conference and exhibition is interesting; it’s important and as an architecture gallery we can be a part of the dialogue and we should cooperate with the city on a vision for Prague.”

Skřivan said the Prague Bubny station is in about the same situation as Žižkov, but similar too is the state of Smíchov, Masaryk and Vyšehrad. Information and the significant changes these and other train stations have undergone is presented in the first part of the exhibition, with the student’s projects for Žižkov the second portion. Žižkov was chosen for both the student’s workshop and as a discussion point for the conference due to its current development status. Skřivan said the building is primarily rented out for storage and the administrative building is used by Czech Railways. The surrounding area is unused.

“Czech Railways, the majority owner of the property, needs to sell it because it’s not cost effective in its current situation,” he explained. “Developer Sekyra Group, which has already bought a minority part of the property, plans to build a big housing district for 15,000 inhabitants.” He adds that the architecture they have presented is “banal” and they added a new boulevard. The Žižkovmunicipality has popular reasons to support the move — in their point of view, the unused station is a problem and fixing it up could bring some more votes. Meanwhile, Skřivan said the development authority of Prague wants to use the axis of the area, occupied by the former station building, to build a thoroughfare.

“All subjects in the process pragmatically follow their own interests,” he said. “So more than hope, there is danger of a missed opportunity for a quality urban plan and project for a huge area near the city center, and the destruction of one of the industrial heritage buildings of Prague.”

Organizers hope to show that a revitalization of the stations and their immediate surroundings will not only enliven the neighborhoods, but also save excellent examples of Czech architecture from the past. The goal is modern amenities, greenery, noninvasive transport and imaginative architecture born out of a public discussion of urban planning and architectural competitions.

“This is a new situation and I think it’s very good for the future of Prague,” said Mr. Merta. “It’s a normal democratic situation in other cities, but in Prague it has taken 22 years. This is a good start for a new debate on industrial areas.”