Following his success bringing the Ring cycle to Prague, John Fiore conducts “Parsifal” — not seen at the National Theater in a century 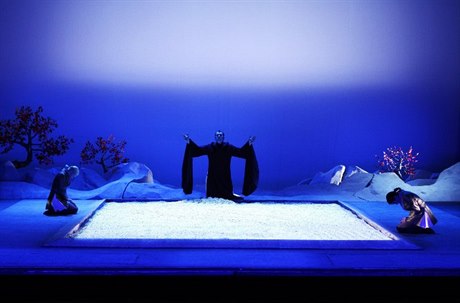 “Parsifal” on the stage of the National Theater foto: Hana Smejkalová, Česká pozice 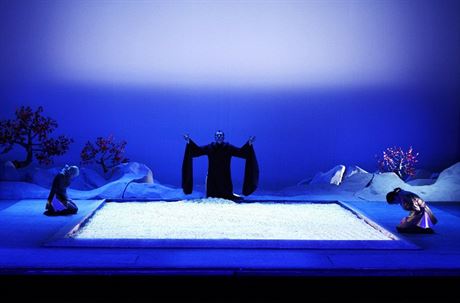 After 97 years without a Prague performance of Richard Wagner’s final opera, “Parsifal” premiered at the National Theater in March, conducted by John Fiore, the music director of the Norwegian Opera & Ballet. The last time the opera was performed in Prague was in 1914, when German and Czech-language productions were put on in the city’s two different opera theaters.

Having put on the Ring cycle in 2005 at the National Theater to great acclaim, Fiore considers it an honor to tackle “Parsifal” and talked to Czech Position about the production. “There’s not such a big Wagner tradition here, so it’s really special when a Wagner opera does come. People really sit up and take notice,” Fiore said.

Now that the National Theater has its own production of the opera, Fiore hopes it will gain a following and return again, especially at this time of year. “There’s something so spiritually rewarding about doing ‘Parsifal’ on Good Friday,” he said.

As to why “Parsifal” has not been performed in nearly a century, Fiore said he was not closely involved enough with the theater leadership to know the specific reasons although there are some fairly obvious explanations. “I imagine it has something to do with the practicalities of doing very long and difficult Wagner operas. … I’m sure it also has to do with the singers and the resources you have available,” he said, citing as an example the need for an extra chorus.

Yet he understands that the National Theater has its own role to play. “Of course the principal responsibility of a theater like this is to represent their own repertoire, which they do. They do a lot of pieces that you don’t get to see outside of the Czech Republic,” Fiore said.

While Janáček is the one Czech composer whose work is played fairly extensively abroad, the only Dvořák opera performed regularly is “Rusalka,” while for Smetana it is “The Bartered Bride.” The fact that the National Theater keeps the broader range of these and other Czech composers’ works in the current repertoire is extremely significant.

“And it’s true that it’s a different kind of training to sing these things. When we brought the Ring here, we brought all the singers, except for some smaller parts, from Germany. For ‘Parsifal’ we also have a lot of Germans coming to sing some parts, but I thought it was important to integrate as many Czech singers as possible. That’s why I thought Eva Urbanová would be perfect for Kundry,” he said.

“Also the two Klingsors are Czech – Ivan Kusnjer and Svatopluk Sem. Kusnjer is a very fine and experienced singer with German parts and speaks the language, which helps. I thought having an old theater-hand in that part would be wonderful. On the other hand, we have a young Klingsor with a tremendous voice and energy, and real steel and passion in his voice. They’re very different, but they’re both Czechs, and I think that’s important.”

Fiore is particularly enthusiastic about Urbanová’s performance as Kundry, which with the transformations inherent to the role is an especially difficult character to do well. “This part fits her voice really well. I don’t know how many German parts she’s done, but she’s really mastered this one. This is one of the best parts I’ve ever heard her do.”

“Parsifal” is well-known for its striking tonality and chromaticism, innovations that helped pave the way for the Post-Romantic music that followed. Doing a considerable amount of the modern repertoire lately, Fiore has returned to Wagner’s pioneering opera from another direction.

“It’s been strange lately because I opened a production of Berg’s ‘Lulu’ in Oslo about a month and a half ago and had performances every three days. But in the two days in between, I would be here rehearsing ‘Parsifal’ … There are certain similarities. As complicated and contrapuntal as Berg’s music is there is a Romantic element to it. The harmonies and its Twelve-tone language are, of course, quite different, but there are some connections between these two types of repertoire.”

“I think I connect to most music because of its emotional content. I’m a very emotional person and do tend more toward the feelings side than the intellectual side, though obviously you need to have some kind of intellectual control to conduct these pieces. And Janáček is very complicated musically, but I’ve always been fascinated by his voice because it’s so individual … and I think he has a tremendous sense of drama and always chooses fascinating subjects and brings them to amazing vividness on the stage. I do find a Romantic element to him as well.”

Fiore does not buy into the notion that the end of Post-Romantic music after the turn of the 20th century saw music dry up and its Romantic character disappear.  “Something like ‘Káťa Kabanová’ is highly Romantic, and I think those elements should be embraced along with the jagged elements he liked,” he said.

Fiore’s introduction to Janáček came as an assistant at the New York Metropolitan Opera working on “Jenůfa” with the legendary Prague-born advocate of Czech opera Yveta Synek Graff, whom he describes as the “queen bee of Czech opera in America.” This led to an ongoing fascination with the Czech repertoire and has seen him conduct five of Janáček’s operas, once doing one per day over a five-day period in a Janáček festival.

Fiore started his musical career playing piano for rehearsals for the Ring in Seattle when he was 14 and was also an assistant at Bayreuth, where he worked on “Parsifal.”

“Wagner is something that I’ve always loved since I was very, very young,” he said. “There’s something about Wagner’s music that really speaks to me, and which either via osmosis or all my experience with it, has caused it to go very deeply into my soul.”

Fiore likes what he considers this production’s “meditational” quality, with its eastern connections. “I think there’s a sense of peace and reflection about this production, and it’s nice to see something that’s beautiful to look at. In Germany, so often you see such hideous looking things on the stage,” he said, citing production images of “destroyed freeways and garbage all over the place and people walking around naked.”

Not that he is opposed to that theatrical style in itself. “I’ve done my share of those Regietheater productions. If they have some real connection with the piece, they can be very interesting and I can respect them; however, here I think the philosophy of the score and the philosophy in the positive elements of the music are reflected nicely in this production.”

“Parsifal” has a storied and in some cases controversial production history, but Fiore thinks that musically the past provides a tremendous groundwork for new interpretations.

“I know there are people who say ‘Oh, you should never listen to recordings’ because you supposedly won’t get your own thing, but I think that’s ridiculous. … I mean what’s the difference between listening to a recording and assisting somebody or working on a production? You’re going to be influenced by that as well. It doesn’t mean that you’ll copy them. I think it’s a very good basis when learning a piece to get other people’s ideas.”

In his own conducting of the piece Fiore stresses the need to let the first and third acts “breathe a lot” because of the difficulty of taking in the extreme harmonic  tension in the music and that the audience needs a little time to hear the way things in the music are shifting around.

“It does put you in a different state, if you let the music really flow into you it puts you in a meditational state that is really special,” Fiore said.