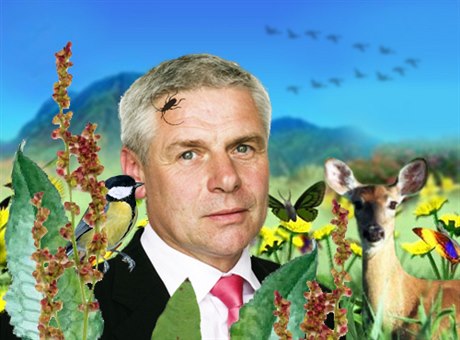 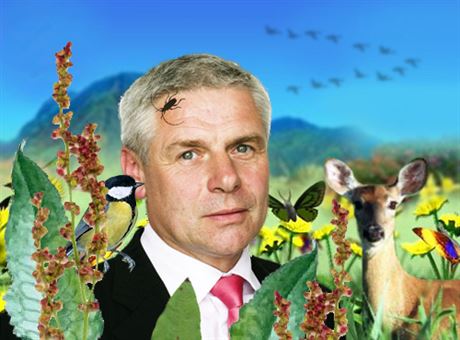 One of the ministries that the junior coalition party Public Affairs (VV) has its eyes on is the Ministry of Environment (MZP). The ministry could fulfill the party’s long-term mission of grabbing voters who in the past supported the Green Party (SZ).

“It is certainly one of the ministries that would fit in well with our program. What’s more, we have an expert,” one VV source, who asked not to be named, told Czech Position.

The party is expected to push for more representation within the government at a three-way meeting of coalition party leaders on Wednesday in the so-called K9. VV feels itself short-changed on ministerial portfolios since former Transport Minister Vít Bárta was forced to resign over a “cash for loyalty” scandal and party chairman Radek John quit the Interior Ministry and later walked out of his new post as the government’s anti-corruption czar.

The environment expert who VV is ready to pull out of a hat is none other than Milan Šťovíček, the newly elected party deputy chairman and Mayor of the northern Bohemian town of Litvínov. Šťovíček also comes with the credentials that he is chairman of the lower house of Parliament’s environmental committee.

VV’s first deputy chairwoman, Karolína Peake, declined to answer Czech Position’s questions ast to whether Šťovíček would be pushed as the next environment minister. “Of course, the leadership has a strategy with regard to personnel matters. This, however, is an internal matter, which we will discuss at the K9 meeting with our coalition partners.” But she added that Šťovíček was clearly someone who devoted himself more to environmental questions than anyone else.

Peake added that current Environment Minister Tomáš Chalupa (Civic Democrats, ODS) should bear responsibility for the flawed investments of the Prague 6 district when he was mayor. The council selected dubious investment group Key Investments to place more than Kč 200 million for it and it is now struggling to get any cash back.

Šťovíček has long been tipped as a likely VV contender for the Environment Ministry within VV circles. “There were deliberations about it. We wanted to get the Green votes,” said former party deputy chairman Jaroslav Škárka. “I don’t think it could really be realistic now,” he added. Škárka suggests that Peake and Kateřinu Klasnová are the party’s most likely candidates to head ministries. He also tips new VV deputy chairman Tomáš Jarolím to fill the now vacant post of anti-corruption czar and Deputy Prime Minister.

Šťovíček does not appear to be pushing for the environmental ministry given his apparent preference to protect the interests of Czechs in his Ústí region and not leave his family and small farm near Litvínov. However, many others would welcome him as Environment Minister following the post’s recent history of being occupied by Civic Democrats (ODS) appointees keen to curb its powers.

As Czech Position’s environmental correspondent Čestmír Klos writes, Šťovíček’s arrival at the ministry would be greeted by many in environmental circles. Šťovíček is a biologist and founder of the Ekofora movement in 1989. For all the speculation on the political grapevine, he has three major drawbacks.

As chairman of the lower house of Parliament’s environment committee, Šťovíček already occupies one key post and does not hanker after being in the government. His leadership of Litvínov is one guarantee that the environment limits on mining brown coal imposed by the government in 1991 will not be broken. The pledge has been given by the current coalition government and has been stuck to despite some attempts by the Ministry of Industry and Trade to get the limits relaxed. ‘He is the model of a good politician. ... As Minister of Environment, there are few better suited than him.’

One of the leaders of the campaign to safeguard the existing limits on mining which threaten the town of Horní Jiřetín with destruction, Vladimír Buřt, praises Šťovíček for his quiet but firm manner with the mining companies. “In local politics, you can fully rely on him. He has strong views and a pleasant manner. He is the model of a good politician,” he said. “As Minister of Environment, there are few better suited than him.”

Fellow ecological battler, Petr Pakosta of the north-western Bohemian town of Hora Svaté Kateřiny, who helped found Ekofórum, chides his former partner for his restrained approach in the current political climate. Nevertheless, he praises his intelligence in negotiations and stresses his main quality: incorruptibility.

Šťovíček outlined his political credo as follows: “I want to defend the interests of the citizens of the Ústí region. That means safeguarding the mining limits and writing off the possible (coal) reserves under the villages. I back the calls for transparent public tenders and I would like to contribute towards a better education system in the Czech Republic.”

Professionally, he build up a good reputation as the director of a local technical school on environmental protection and  renewal. He was earlier a teacher and then director of a primary school in Litvínov.

Šťovíček entered local politics as an independent in 1994 and has been there ever since as a member of the town council, fighting the following elections for the ODS. From 2003 he was deputy mayor and become mayor of Litvínov in 2006. He, however, fell foul of his opposition to the opaque distribution of public tenders, mostly between members of his own ODS and businessmen, and was overthrown by a putsch in which the Social Democrats (ČSSD) collaborated. The fallout was so great within the local ODS party that it had to be dissolved.

Šťovíček said afterwards that the ODS had descended into a power battle between groups to win influence for personal ends and that he no longer wanted to be a candidate for the party. He won a seat in the lower house of Parliament in the mid-2010 elections and fought the local elections that year as an independent for the Association of Litvínov Citizens.

Šťovíček was voted back as mayor with the help of smaller parties, including the largely unreformed Communists (KSČM). Although his ties to local politics are so strong that it is unlikely he will be tempted to become a minister, the one crucial selling point for Šťovíček could be that the post could allow him to better serve the region close to his heart.