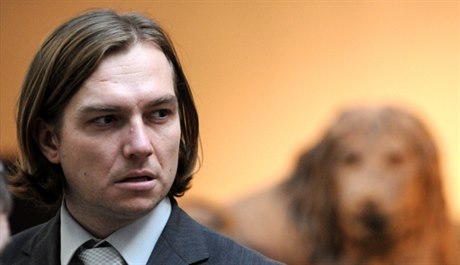 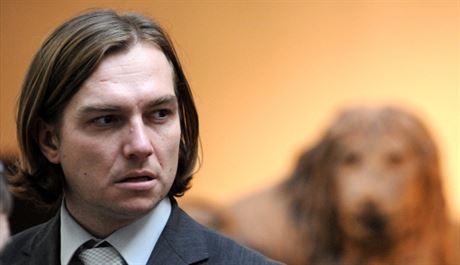 Miloš Havránek and Petr Šrámek, the owners of the accountancy firm Bene Factum, are probably cursing the day they met Michal Babák from the Public Affairs (VV) party. The parliamentary deputies’ claim that he has a 15 percent stake in their company has put them in a very awkward position.

Havránek and Šrámek founded Bene Factum in 2007 (originally under the name Maltus Services) with each as a 50 percent shareholder. In the founding documents and official company reports, there is no mention whatsoever of Michal Babák, let alone evidence that he holds a 15 percent stake in the company that he claims he received in exchange for providing the firm with valuable expert know-how.

All annual reports filed by Havránek and Šrámek since the company was founded clearly show that the two remain the In the founding documents and official company reports, there is no mention whatsoever of Michal Babákcompany’s sole owners each with a 50 percent stake.

Meanwhile MP Babák contributed Kč 5.75 million to Public Affairs. He claimed Kč 650,000 of it came from his own pocket, Kč 1.6 million was a loan from the company MxB that he is a co-owner of, and Kč 3.5 million came from the firm WCM for which he is the statutory representative but is not a shareholder. Babák said he intends to pay back the loans by selling a 15 percent stake in the company Bene Factum which he claimed he owns and is worth around Kč 35 million.

Babák’s explanations of the source of the funds he contributed to his party are contradictory to say the least. The MP has categorically refused to answer Czech Positions specific questions about his claims and the legality of his contribution.

With most firms such claims would probably not draw so much attention from its clients, but for an accountancy firm for which trust is the basis of its whole business, the Babák connection could be an enormous problem. Accountants belong to a group of professionals who due to laws to counter money laundering are specifically obliged to report any suspicious transactions. Given that Babák has announced that he intends to sell the 15 percent stake in Bene Factum that he claims to own, it may transpire that the accountancy firm failed to report transactions involving Babák.

Following the news on Wednesday that Bene Factum and the company HZ Consult together conducted an audit of the finances of the two largest Czech political parties, the enter-left Social Democrats (ČSSD) and the center-right Civic Democrats (ODS), on Thursday the daily Mladá fronta dnes (MfD) reported that the accountancy firm conducted an audit for companies linked to Via Chem Group, which is owned by the controversial entrepreneur Petr Sisák.

For several months now the administrations of Prague 6, 10 and 13 have been trying with little success to retrieve around Kč 500,000 of public funds they entrusted to the investment firm Key Investments, which in turn bought nonliquid securities issued by the Via Chem Group for hundreds of millions on their behalf.

Czech Position has managed to expose some intriguing connections that at the very least beg further questions.

According to publically accessible information, the firm HZ Praha, which in the past at least had personnel links with Bene Factum, participated in audits of financial institutions including Kreditní banka Plzeň, Banka Bohemia and Česká banka, which all ended up in bankruptcy.

The key to understanding the web of connections in this case is HZ Praha, which was formerly a minority shareholder in the According to Czech position’s information, Kroužecký still wields influence over the activities of Key Investments.company HZ Consult. Miloš Havránek, the owner of HZ Consult and co-owner of Bene Factum, was for a time the statutory representative for HZ Praha. Havránek bought HZ Praha’s stake in HZ Consult in 2006.

Hanover Corporate Services also happens to be the 100 percent owner of Efficient Investments, which has its registered headquarters in a caravan on the outskirts of London and which as regular readers of Czech Position may know was until recently the majority shareholder in Key Investments. In addition to buying nonliquid bonds in the Via Chem Group with hundreds of millions of crowns of public money from Prague 6, 10 and 13, the brokerage spent comparable amounts of the administrations’ funds on nonliquid bonds issued by E Side Property, which is the official of owner of football club Slavia Prague’s new stadium.

Efficient Investments was headed by Vladimír Kroužecký when the firm owned the majority stake in Key Investments. And Kroužecký’s name is also connected with the opaque ownership structure of the embattled  Slavia club. According to Czech Position’s information, Kroužecký still wields influence over the activities of Key Investments.

It is possible that three cases that Czech Position has been closely following in recent days, weeks and months—Key Investments, the fate of Slavia Prague FC, and more recently the financing of VV by Michal Babák — are interconnected in a single “mega-scandal” waiting to be exposed.