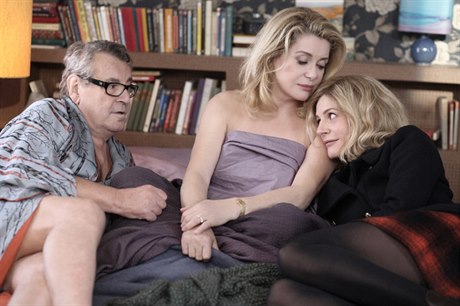 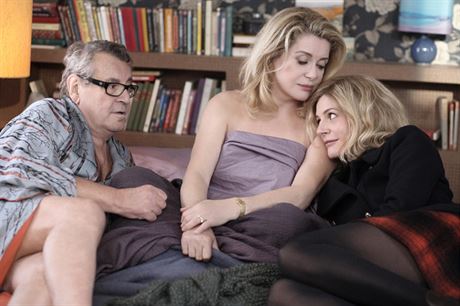 The Festival of French Film begins on Nov. 24 and will take place throughout the Czech Republic. Fourteen movie theaters are participating in the screenings of new releases, notable classics and selected shorts in Prague, Brno and six other towns. The definition of “French film” includes international co-productions with French participation, further adding to the variety.

The festival is arranged into a number of different categories. Nine films are being shown in the Pre-Premiere category while another nine have been chosen by Czech film critics for the festival Competition category.

The Successes of French Cinema, among which are some well-known international co-productions, such as Lars von Trier’s “Melancholia” starring Kirsten Dunst and just released in the US earlier in November. There is also the latest adaptation of “The Three Musketeers,” starring Milla Jovovich and Orlando Bloom, as well as Hungarian director Benedek Fliegauf’s controversial story of cloning, “Womb.” Fliegauf was in Prague recently for a retrospective of his work along with serving on the jury of the Fresh Film Fest.

The films being shown come from an array of prestigious international festival competitions and screenings, with “Declaration of War” (La Guerre est déclarée) being France’s official selection for the 2012 Oscars. Valérie Donzelli’s film is based on her story of finding out her son had a brain tumor. The film has met with critical acclaim in France.

The films in competition represent new French works yet to be seen in the Czech Republic. The French had never made a film about a sitting president until this year’s “The Conquest” (La Conquete) by Xavier Durringer; it follows French President Nicolas Sarkozy from 2002 to 2007 during his often tumultuous rise to power, with a particular focus on his relationship with his ex-wife and former adviser Cecilia.

In an interview with The Hollywood Reporter Durringer spoke about how the film combines comedy with stylized crime dramas. “Like in a film noir, there are bodyguards with guns, huge cars, a big entourage of men in suits, secret meetings ... and when politicians talk on the phone, they put their hands over their mouths so no one can hear what they’re saying. These are two universes that are very close.”

Speaking of tumultuous rises to (and falls from) power in France, Joan of Arc differs from Sarkozy in having multiple film versions of her life. The latest is “The Silence of Joan” (Jeanne Captive) by Philippe Ramos, which has opened to a fairly savage critical reception.

The critics have been more enthusiastic about Alex de la Iglesia’s “The Last Circus” (Balada Triste), an over-the-top story originating in a happy clown from a traveling circus being forced to fight in Spain’s Civil War, still in costume. The film then leaps ahead to 1973 and the clown’s son — a sad clown himself — who becomes entangled in a love triangle and revenge bid over his father’s fate.

The festival opens on Nov. 24 with the pre-premiere of Christophe Honoré’s “Beloved” (Les Bien-aimés – without English subtitles), a special choice for the Czech capital as not only does some of its quirky story take place here but a role is played by legendary Czech director Miloš Forman.

The eccentric musical boasts an impressive cast, including Chiara Mastroianni and her real-life mother Catherine Deneuve in the story of a shoe store employee whose theft of some expensive, high-heeled shoes whimsically leads her into a life of prostitution. When a handsome Czech medical student falls for her, she ends up in Prague for a time, where their daughter and her own melodramatic love life gets her start. The end result is a large number of conflicts resolved by having the characters break into song.

In an interview with The Hollywood Reporter, Honoré said that Forman liked being in front of the camera for a change: “Miloš said he was thrilled to do the film because it was his only chance to be on set with Catherine Deneuve. She was very maternal with him. Plus, their characters are part of the more comedic scenes, so it was fun for me.”

Sex and love are at the forefront of Anne Villaceque’s 2010 film “E-Love,” which stars Anne Consigny as a middle-aged woman going through the alternately funny and sinister world of internet dating. Villaceque will be attending the festival to introduce the Prague screenings of the film on Nov. 25 and 26.

There will be an opportunity for audiences to vote for their favorite film of the festival, with a lucky voter being selected to win a pair of round-trip plane tickets to Paris.