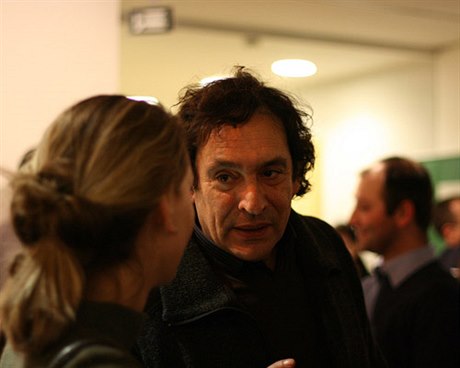 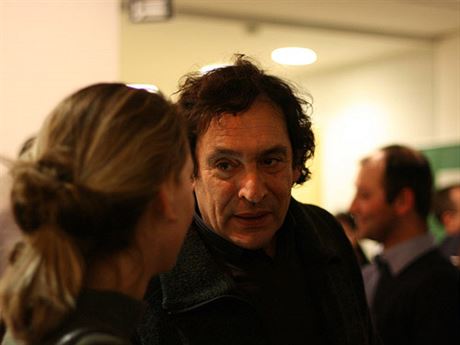 Following the massive success of his latest film, “Black Bread” (Pa Negre) at Spain’s Goya film awards on Feb. 13, Agustí Villaronga arrived in Prague for Prague’s Spanish film festival La Pelicula, being referred to as the king of Spanish cinema.  The film was made in Catalan and became the first film in the language to win Spain’s top film award for Best Picture, although the prize was previously granted to two films shot in English (“Twisted Obsession” by Fernando Trueba and “The Others” by Alejandro Amenábar). “Black Bread” won a total of nine awards on the night.

Although much is being made of the film’s take on the Spanish Civil War, Villaronga makes the distinction that neither “Black Bread” nor his earlier feature “The Sea” (El Mar) are actually about the Spanish conflict, but are set in the period during and after the country’s traumatic years of bloodshed and division. The war itself remains in the background in both films .

“Black Bread” is the story of a boy trying to defend his father against murder charges amid seeming political intrigues while “The Sea” is about a childhood tragedy that takes place during the war that goes on to haunt its grown-up protagonists.

“It’s not something that I’m looking for. I’m not especially interested in this period,” Villaronga told Czech Position in Prague. With a smile, he then added that his next film, a made-for-television production, is set in the same period as well. The film is about Eva (Evita) Perón’s visit to Spain in 1947, when Franco’s fascist regime was still angling to obtain international legitimacy.

“Black Bread” was a commission but it was not inevitable that Villaronga would accept it. “When they proposed “Black Bread” I had serious doubts about making this film. Because – the Civil War, with a child – it’s something that’s already been done in Spain. In the end I said yes,” he said.

The uses of horror

Clearly a more compelling aspect for the director was the opportunity to incorporate elements of thrillers and the fantastic into what could easily have remained a gritty, realistic story of family tragedies. “I love fantastic films and horror films,” Villaronga said, citing filmmakers like David Cronenberg and David Lynch as being among his major influences. ‘I’m not especially interested in this period.’

While “Pan’s Labyrinth,” Mexican director Guillermo del Toro’s film of a child set in the Spanish Civil War with its multitude of horror and fantastic elements, might seem an obvious point of comparison, Villaronga disagrees. “They are not the same film. At the beginning when we started working on the film they wanted to do the promotion using the success of ‘Pan’s Labyrinth,’ but I said ‘no, it’s not the same.’ His was a fantastic film. Mine uses some elements of the fantastic but it’s closer to the magical poetic imagination of a child.”

Villaronga’s career as a feature director started with a bang with his debut “In a Glass Cage,” the story of a Nazi doctor and pedophile who is subjected to the care of a sinister young male nurse after being confined to an iron lung. He has shot films in French as well as Spanish, and told Czech Position that his next film project after the Eva Perón TV movie will probably be a French language production shot in France and Algeria. “I like to work outside of my own country,” Villaronga said.

(Spoiler Alert) “Black Bread” opens with a brutal murder scene in which a young boy and the corpse of his father are sent plunging off a cliff in a horse and cart. Asked how the shockingly realistic scene was pulled off, Villaronga explained: “We had two horses, one was alive — and is still alive — and the other was already dead. It was frozen and then hung over the cliff and dropped over. It was very complicated because the scene was shot over two days in the sun and the horse started to grow bigger.”

It was a priority for Villaronga to start the film with a strong visual effect. The reason ties back to the Spanish Civil War.