Viktoria Plzeň would create a footballing upset if they took a point from Barcelona; realistically, they can hope for an honorable defeat 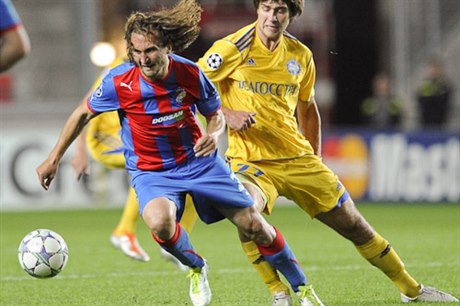 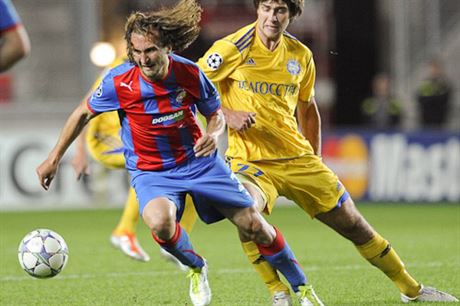 If ever there was a mastodon versus minnows match it would be Wednesday night’s UEFA Champions League tie between current champions Barcelona and competition group stage first timers Viktoria Plzeň.

Barcelona are, as the Czech club’s players happily admit, in a different league. “You could very well suppose that Barcelona will play the ball and we will just watch,” Plzeň and Czech Republic midfielder Daniel Kolář told the club’s website, hastening to add that this should not be the case.

According to the rankings of European football’s governing body, UEFA, Barcelona are the second best club on the continent after Manchester United, though many would put the Catalan club in top place. Viktoria Plzeň can be found a long way down the UEFA list, ranked 145. One betting office was giving odds of 40:1 against a Plzeň win at the final whistle.

In terms of national football, this would be the equivalent of the Netherlands playing Puerto Rico, the Congo, or Lebanon. One betting office was giving odds of 40:1 against a Plzeň win at the final whistle.

Rankings are hardly everything, and Viktoria Plzeň can always hope for some sort of upset. To be fair, even a draw in the Camp Nou would amount to a big surprise for a Czech team that nonetheless showed a lot of spirit and skill in the previous 0:2 away defeat against AC Milan. Betting office odds against a draw are around 12:1.

Kolář and fellow midfielder Petr Jiráček were recently on the end of a Spanish lesson when they played for their county in the 0:2 defeat against Spain on October 7. Spain hit two early goals and for the rest of the game largely sat back against an outclassed Czech outfit.

The Spanish team included five Barcelona players. All, with the exception of injured central defender Gerard Piqué, can be expected to take the field for their club on Wednesday. Barcelona are undefeated in their last 11 European home games with the last loss almost two years ago to the day, against an unfancied FC Rubin Kazan.

Kolář admits that the Czech plan had to been to go for the Spanish aggressively from the start but the opponents were so at ease on the ball that this just did not happen. He says Barcelona, if anything, could be even more difficult to handle, with its sprinkling of international stars as well as home grown talent.

‘We don’t want to be simply lined up against the wall and receive the shots which we know are going to come our way anyway.’

The Viktoria Plzeň manager appears to be taking a similar stance that attack is the best form of defense and says he has been inspired by the 2:2 draw which a high-octane Valencia side managed to earn at home against Barcelona in the domestic league at the end of September.

“We don’t want to be simply lined up against the wall and receive the shots which we know are going to come our way anyway,” manager Pavel Vrba told the Czech daily Sport.

Plzeň captain Pavel Horvath takes inspiration from the same game. “Valencia were able to fiercely attack Barcelona for 75 minutes. Up to that stage, it was a completely level game,” he said. Horvath reckons the key to unhinging Barcelona’s winning ways will be to nullify midfielders Andrés Iniesta and Xavi, whom he credits with being the Barca brains. That way potent attackers Messi and Villa might find their usual smooth service is disrupted.

Horvath is optimistic that the club team can put in a better performance, if not a better score line, than the Czech national team. But in their last Champions League outing, Barcelona trounced the Belarus champions BATE Borisov 5:0 away and looked like they could have netted even more.

Realistically, Viktoria Plzeň might be happy if they can get away with a lighter drubbing and keep Borisov pinned to the bottom of the group table on goal difference. They also might like to stop free-scoring Lionel Messi from grabbing a club total of 200 goals during the game. Now on 196 goals after scoring twice in the last Spanish league game against Racing de Santandar, an in form Messi is certainly capable of getting near that landmark tally.