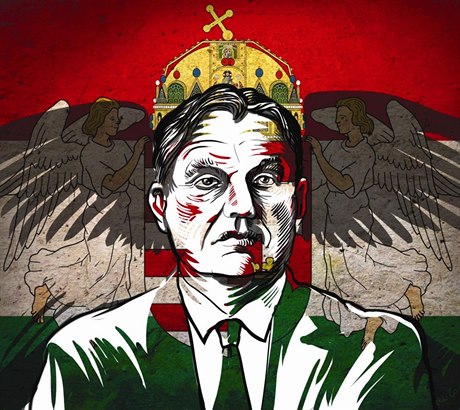 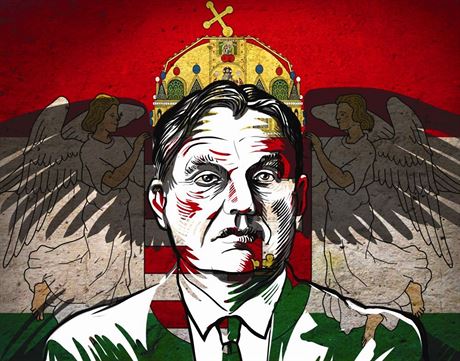 GOWING: Viktor Orbán, Prime Minister of Hungary. Forty-five seconds. Where is Europe today, in your view? Because there are many who are concerned about what is happening in your country.

ORBÁN: In trouble, that is my answer.

ORBÁN: In trouble, because we haven’t identified our new position in the global economy. Now it’s difficult psychologically for the Europeans to understand that we are not anymore game changers. The game changers are China and the United States, because the science center of the modern economy is related very much to the armies.

And because we don’t have a European army, we don’t have a scientific center to be in the forefront of technological advancement. So that’s the reason why Europe has to understand that we are not in the first class, no game changers; we have another position, and we have to clarify clearly what is it, and what are the consequences of it.

GOWING: You heard there from Mr. Conte that what he said is the nationalistic anti-European slogans have proved unable to help provide solutions. Now many are concerned that Hungary has made it more difficult to get consensus through the crisis and it is going to make it even more difficult, because of the way you’ve handled things, and the way you’ve centralized power and removed certain parts of a liberal democracy. What do you say to what we’ve just heard from the Italian prime minister?

ORBÁN: If you have a correct measurement, the Hungarian democracy is at least as good quality than the German one or the Italian one. I don’t see the basis of that argument at all.

GOWING: But what about the concerns about what you have done? You have centralized issues in Hungary, which have made it very difficult to hear other voices. We’ve heard that the nationalistic anti-European slogans are making it difficult for Europe to be able to handle the enormity of what it’s now facing. It is an existential challenge in many ways.

ORBÁN: If we are looking for where are the difficulties, which make us unable to find proper answers, it’s not in the capitals of the Member States, it’s in Brussels.

GOWING: But there those are who say that Hungary has exploited the emergency to change the political system and the democratic system in your country.

ORBÁN: No, the Hungarian system is a European system: the Constitution is based on parliamentarian democracy, like the majority in Europe. Boringly it looks like the others, anyway.

GOWING: But I’m putting to you what the concerns are about Article 2 and so on: that legal changes are going far beyond reaction to a pandemic.

GOWING: But what about the state of danger being over, and you’ve now encompassed much of what you introduced into an omnibus bill in Parliament?

ORBÁN: Hungary did the job relatively well, it worked: the Government made proper decisions at the right time in due course, the Parliament supported it. So it’s a boring parliamentarian democracy.

GOWING: What kind of Europe, though, does Hungary want? Because there are those who say that you are challenging the very core principles, which is going to make the next few months and years very difficult.

ORBÁN: OK. The first what I have mentioned is a historical dimension. So the fact is that when the Bled Summit was established, the investment in the global economy was produced – as far as I remember, you know – 81 percent from the West; and it was just 18 percent from the East. Today the figure is that 58 (percent) is coming from the East as global investment of the global economy, and only 40 from the West. So the fact is that, historically speaking, in the fight for good technology we are not on the winning track.

Because if we would like to have the best technology of the world, you need a kind of military background, because all important technologies are coming from a military science background. And Europe is totally out of that competition. That’s my first observation, historically. On security, I share the point of some others that without enlarging the European Union and accepting Serbia as a full member, we cannot complete the security architecture of Europe. That’s the second.

GOWING: I’m going to go to Mr. Morawiecki in a moment, who has very much emphasized the importance of democracy in all of this. But let me put to you bluntly that you’re stamping out dissent, you’re undercutting the power of opponents and demonizing minorities – and those are not the European Union principles. And that’s why we’re having this discussion, which is a divergence which is taking place.

ORBÁN: It is that in Hungary we have an experience: the same democratic one as everywhere in Europe. I don’t understand exactly the facts you have mentioned. But it’s not a forum about Hungary – but that would be probably another interesting story. But I think the Hungarian democracy is fulfilling all the requirements which is in general in the European Union. I don’t accept the point that Hungary is something special in that respect.

What’s going on in Hungary – more than in some other countries, but that is not exactly the same topic as we have today – is a kind of fight for intellectual sovereignty. So we don’t have the same understanding of what is the relationship between the Christian democratic conservative thinking and concept of democracy and the liberal ones. That is another issue. And we are fighting for the sovereignty to have a conservative and Christian democratic approach to the European institutions and the politics as such.

That was, you know, the case prior to the fight, the unified fight of the liberals and conservatives together against the totalitarian regime. But prior to that, that kind of political philosophy was two different philosophies. So we would like to get back to the age, intellectually, when we can dispute clearly the main values like family, nation, cultural tradition, religion, migration.

So we would like to have not just one single concept which must be accepted by everybody, because we don’t have a liberal concept to that: we have a Christian democratic concept to all these issues. But it’s not about the practical political life of every day; it’s more about the philosophy of political thinking.

GOWING: Does the COVID crisis have the capacity to increase European solidarity with greater vision and union? Mr. Orbán, your 30 seconds: what is the vision which is achievable and is necessary?

ORBÁN: May I have one comment on solidarity, because the way you used the expression does not help a lot to understand what solidarity is about. Because solidarity means common success, to have a success together. But the question is how we can reach that point. And solidarity does not make it unnecessary to make your own homework: you cannot be successful together if you are not successful one by one, on your own.

So the first precondition of any solidarity is to be successful in your economy in your country, and then you can cooperate with others and you can be successful together as well. Solidarity is not an expression which could be confronted with national actions and success, and national economy and political successes. Another remark on Poland…

GOWING: Your vision for Europe, please.

ORBÁN: To understand why you were not able to find a common ground and voice with us during this conversation, it goes back to Poland in ’81. Because the guys who are sitting here, we are all freedom fighters; you are not. So it’s not easy for you to understand what does it mean to be freedom fighters. And you know, one of the turning points in my life was that event in Poland, forty years ago.

ORBÁN: And what was the reason of that? The reason of that was that the first uprising against – in name of the freedom – the Soviet Union and communist dictatorship happened in Hungary in ’56: crushed. Then ’68 in Czechoslovakia: crushed.

And the only nation and event was, when after the uprising the Soviet Union and the communist regime was not able to crush the resistance was in Poland. And that generated the help and hope for us, even in Hungary: that if there is a country and there is one anti-communist, anti-Soviet movement which cannot be crushed anymore, that’s the sign of the hope for the future.

ORBÁN: That is the reason why we are – freedom fighters – so, how to say, so grateful to Polish people, why they raised the flag at that time.

On Europe’s three points. First, common military defense capacity. Second, enlargement and complete the architecture of security by Serbia. And third, competitive economy with the Central European economic locomotive. These are the three strategic points for the future of Europe.