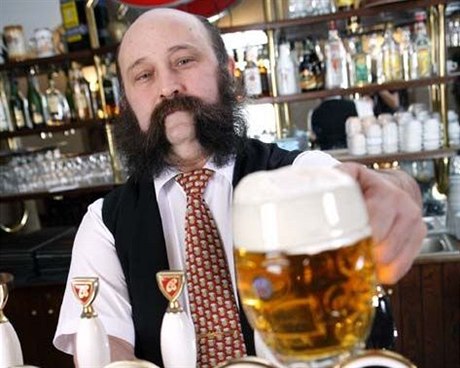 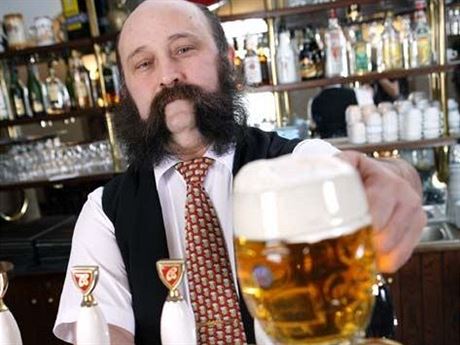 The long-running bitter battle between US brewing giant Anheuser-Busch (AB) and the Czech Republic’s fourth biggest brewery, Budějovický Budvar, for rights to use the Budweiser name has taken a new turn with the American giant appearing to gain a trump card by buying a Czech brewery also involved in the dispute.

The surprise move gives it rights to the Budweiser name that the small brewery has been trying to assert against its bigger Czech and US title rivals. It has also been interpreted as an attempt by AB to position itself better if and when the Czech state goes ahead with its much-discussed move to sell off state-owned Budějovický Budvar.

A takeover by the US brewing giant of Budějovický Budvar would at one stroke put an end to an almost 100-year-old worldwide battle between US and Czech breweries over the rights to use the Budweiser name. The legal dispute really took off over the last 35 years as the breweries began fighting over export markets, Budějovický Budvar having been chosen by the former communist regime of Czechoslovakia as one of its premium beers which would be targeted at foreign markets.

The ongoing dispute is still very much alive with around 40 court cases currently running worldwide as the main title contenders dispute each others’ right to use the Budweiser adjective for their brews. Around 120 legal battles worldwide have already taken place with the Czech brewer most often coming out on top.

As a result of the court disputes and already entrenched dominant positions, sales of Budějovický Budvar have come out on top in Central and Eastern Europe as well as key West European markets, such as Germany and France. Anheuser-Busch sales have dominated across the American continent, China, Japan, Australia and New Zealand and some European markets, such as Spain, Italy and Sweden.  Britain recognizes both brewers’ rights to sell their beer.

‘They want to create the basis for taking part in the possible privatization of Budějovický Budvar after its transformation into a shareholder company with the goal of getting worldwide exclusivity for the Budweiser brand name.’Some Czech legal experts say Anheuser-Busch’s purchase of Czech brewery BMP’s trademark claims and rights to the Budweiser name and variations could help it in ongoing and future disputes with Budějovický Budvar which appear to have no time limit.

The long-time director of Budějovický Budvar, Jiří Boček, said AB’s strategy with its purchase of BMP. “They want to create the basis for taking part in the possible privatization of Budějovický Budvar after its transformation into a shareholder company with the goal of getting worldwide exclusivity for the Budweiser brand name,” he told HN, adding that the US-brewer was not interested in brewing beer in the Czech Republic.

Budějovický měšťanský pivovar was sold by the company Harvestor, which had already spun off one of its main assets, the Samson brewery, whose Samson beer is one of its main brands, prior to the deal, HN reported.
Czech papers commented Thursday that it is unclear how the still active small brewery would continue to market its beer worldwide. How much Anheuser-Busch paid to improve its position on the Czech market has not been revealed.

Very much an also-ran in the Budweiser trademark dispute compared with the other two contenders, BMP nonetheless took the battle to  Anheuser-Busch’s doorstep in 2005 when it launched US sales seeking to profit from the fact that its beer called "Budweiser Burgerbrau," or Budweis city brew, was first brewed in 1802 — 74 years before the St. Loius company founded by a German emigrant registered the Budweiser trademark in the US.

BMP’s US beer had to labeled BB Burgerbrau, in the same way that domestic rival Budějovický Budvar’s US beer is sold as Czechvar because of AB’s American stranglehold on the Budweiser name. BMP also notched us some export successes in Austria and Greece.

Timewise, Anheuser-Busch’s move is strategically important given its Belgian multinational parent company’s moves to develop Budweiser as a global beer brand following its purchase of the US brewer in 2008. Efforts in this direction included Budweiser’s global sponsorship of the 2010 football world cup. The Leuven, Belgium-based company declared in its 2010 business that: “Solid steps were taken in establishing Budwesier as the first truly global beer brand, based on its iconic American values of celebration and optimism.”

Unfortunately perhaps, such attempts to boost sales of the much criticized US beer have come in the face of sluggish worldwide sales, with Anheuser-Busch InBev’s overall beer volume sales for the first nine months of 2011 almost flat. Budweiser consumption has been falling fast on its main US market but are rising globally thanks to strong sales in China, Russia, Britain and Canada. ‘Solid steps were taken in establishing Budwesier as the first truly global beer brand, based on its iconic American values of celebration and optimism.’

The Czech government has in the past signaled that it is keen to privatize Budějovický Budvar, with preparatory steps taken by former Civic Democrat (ODS) minister of agriculture Petr Gandalovič, now Czech ambassador to the US, in 2008 pointing to the need for a special law to be passed by parliament to change its current special status as a national company into a shareholder company. That change has still to take place.

Current ODS Minister of Agriculture Petr Bendl was reported at the start of the year to be calling for an overall audit of the state-owned brewer, which his ministry has responsibility for. The business paper E15 also reported that he was seeking to seal an out of court settlement with  Anheuser-Busch by the end of this year which would put an end to the ongoing Budweiser battle.