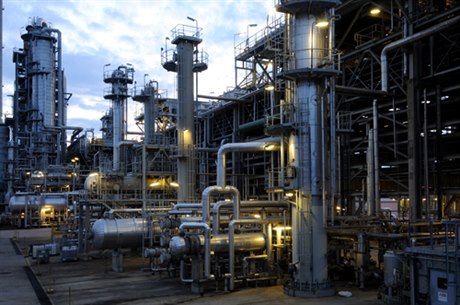 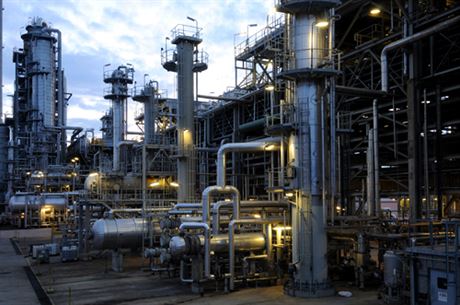 Sluggish demand for petrol and oil product sales and a surplus of refining capacity in Central Europe and the EU are raising questions about the long-term viability of the Czech oil refining sector. In the shorter term, Polish-owned Unipetrol, which controls three Czech refineries, is considering closing the smallest, Paramo, the daily Lidové noviny (LN) reported on Monday, citing anonymous industry sources.

According to two independent sources cited by the daily, Unipetrol is considering closing the Paramo refinery in Pardubice, eastern Bohemia, in large part because it has lost considerable revenues due to the fall in demand for asphalt — principally the result of sharp cutbacks in Czech government funding for road-building — and low prices for the material compared to oil prices. In 2010, Paramo recorded a Kč 187 million loss.

“Experts involved in the oil-refining sector are speaking openly about the approaching end of the small and relatively outdated refinery in Pardubice. But they don’t want to give their names. It’s a close-knit sector in the Czech Republic in which everyone knows each other,” LN wrote.

On Tuesday, the daily Mladá fronta dnes (MfD) published an interview with the managing director of the Paramo refinery, Milan Kuncíř, who admitted that Unipetrol and Paramo are contemplating closing petroleum refining in Pardubice: “We’re discussing how the oil and asphalt business in Pardubice should operate without actual oil refining,” Kuncíř said.

Union boss at the Paramo refinery, Milan Skrypa, told MfD that some employees at the plant could be laid off in December due to the planned shutdown of several operations. “We will decide then what to do next. If in the first phase of production reduction the operations labeled really are shut down, around 60 people will lose their jobs,” he said.

The Paramo refinery currently has around 660 employees. Kuncíř refused to comment about how many jobs could be lost as a result of potential closures of operations in the short-term, but he did say that due to the small number of personnel involved closure of refining at the plant “would not be tragic” in terms of redundancies.

Refining experts and oil analysts agree that the Pardubice refinery is not competitive due to its small capacity, though Kuncíř told MfD that a decision to close oil refining operations in Pardubice is not a foregone conclusion. “At this point, we’re certainly not prepared to say that we will close oil refining in Pardubice. We’re looking into [operations] should be taking into account the poor refining margins that have arisen,” Kuncíř said.

The Paramo refinery has a capacity under 500,000 tons, whereas typically refineries now have a minimum capacity of 3 million tons. Kuncíř says lack of capacity to refine residue from asphalt production, coupled with sluggish demand for asphalt and high oil prices compared to low asphalt prices are the main factors behind Paramo’s losses.

Kuncíř said he could not say when the study of options to better integrate the operations of the three Czech refineries will be completed or when to expect a definitive decision on the fate of oil refining in Pardubice.