Unemployment down in February

The Labor Ministry says unemployment dropped to 9.6 percent as of end-February, down both m/m and y/y 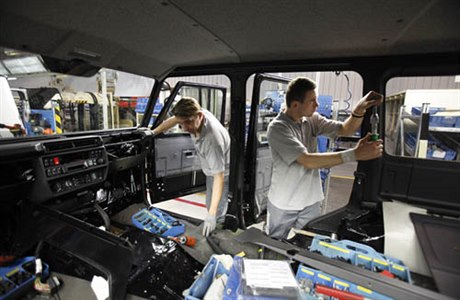 The auto sector was named as one of the most promising for job growth. foto: © REUTERS, Česká pozice 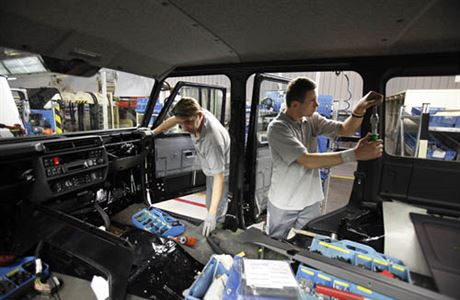 The unemployment rate was 9.6 percent as of Feb. 28, according to the Ministry of Labor and Social Affairs (MPSV). That is a slight — and surprising — drop from 9.7 percent at the end of January and from 9.9 percent a year ago. The ministry uses different methodology than the EU statistical arm, Eurostat, which put Czech unemployment in January 2011 at 7.9 percent.

“The February decline is unusual in comparison with two previous years. … [This] could be affected by fading effects of the change in conditions for payment of social benefits valid from the beginning of this year or the tightening of the disbursement of those payments. That made an incentive for the unemployed to sign up for benefits before the end of 2010 and use the more favorable rules,” Komerční banka analyst Miroslav Frayer said Tuesday in a comment.

Job offices in the Czech Republic registered altogether 566,896 job seekers as of Feb. 28, 2011. That is 4,967 fewer than at the end of January. The number of job seekers decreased by 16,239 year-on-year, the ministry said in press release. In the course of February, job offices registered altogether 47,156 newcomers. ‘In the following months, the situation should improve due to seasonal factors, and the unemployment rate should decrease below 9 percent.’

As of Feb. 28, 2011, job offices registered altogether 32,164 vacancies, or 771 vacancies more than in the preceding month and by 44 vacancies more year on year. Currently, there are 17.6 job seekers per vacancy at average.