Umberto Eco’s ‘The Prague Cemetery,’ an unearthing of the Protocols, no historical thriller 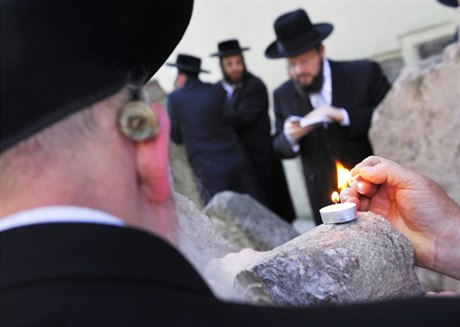 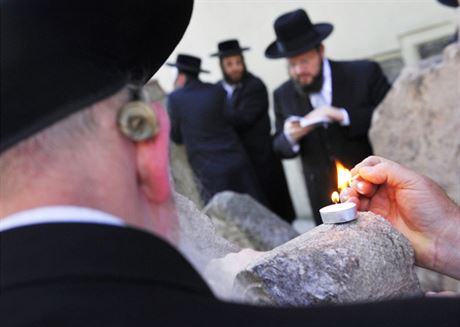 In the 21st century it is impossible to write the kind of melodramatic historical adventure novels made famous in 19th century France by the likes of Alexandre Dumas and Eugene Sue. It would be hopelessly archaic, a ridiculous undertaking, unless perhaps you add a few postmodernist touches, such as ambiguous multiple narration and piles upon piles of historical fact. With this accomplished you can turn to scenes of swordfights, secret passages, underground tunnels, occult fanatics and blood-soaked black masses.

This is one potential motivation Umberto Eco might have had for writing The Prague Cemetery. The novel purports to be the diary that an Italian named Simone Simonini (the only fictional character in the book) is writing in Paris in his old age as the 19th century comes to a close. Simonini, a cynical, opportunistic forger and police informer, has spent much of his life profiting from a document he concocted that claims to expose a meeting of rabbis in Prague’s Old Jewish Cemetery in which a plot for world Jewish domination was laid out.

Besides coming into contact with and significantly affecting some major events of European history (Garibaldi’s campaign for Italian unification, The Paris Commune, The Dreyfus affair) along with a vivid cast of characters, Simonini is tormented by an alternate personality who writes in his diary and seems to share his apartment, and whom the reader often is led to believe is a different person.

There are a number of reasons writers turn to historical fiction — to better illuminate a past era, historical figure or issue; to provide a vivid backdrop for one of the ultimately finite number of stories novelists are able to tell; or because that particular period sparks their dramatic talents. The Prague Cemetery, unfortunately, doesn’t correspond to any of these possibilities. As history, it offers nothing new and it is so completely lacking in drama that there are parts of the book that are difficult to get through.

Eco, through his main character, seems to acknowledge the true nature of one of the most trying parts of the book – the Prague cemetery conspiracy itself. Given the possibility of selling his manuscript to a Russian occultist named Yuliana Glinka, Simonini tells himself, “The scene in the Prague cemetery had to be adapted to Glinka’s tastes, cutting out the long-winded passages on economic plans and emphasizing the more messianic aspects of the rabbinical speeches.”

Some of the thematic angles Eco fixes on are promising ones, such as the relation between fact and fiction. The starting point of the Protocols of the Elders of Zion as an attempt to document Jewish plots of world domination was not anti-Semitism at all, but Simonini’s youthful reading of the novels of Alexandre Dumas.

“From the picture created by Dumas (in reverence to that great writer), I wondered whether the bard had not discovered, in describing a single conspiracy, the Universal Form of every possible conspiracy.”

This connection becomes increasingly tangled throughout the novel, with Simonini’s first major intrigue in Paris involving the manipulation of his knowledge that a political tract didn’t come from a leak in Emperor Louis Napoleon’s inner circle, as the French secret service thinks, but from a Eugene Sue novel. In a later, failed attempt to sell his Prague cemetery forgery to the German secret service, he finds his plagiarism plagiarized by the German writer Herrmann Ottomar Friedrich Goedsche. It ends up in Goedsche’s novel, a book that served as the real-life source material for the Protocols.

© YouTube The trailer for The Prague Cemetery showing examples of the period illustrations interspersed throughout the book (many of which come from Eco’s personal collection).

Unfortunately, this and other potentially interesting threads in the novel gets lost in a nearly endless list of names. Eco is often lauded for the encyclopedic knowledge that went into novels such as his first, The Name of the Rose, and Foucault’s Pendulum, but his latest book is encyclopedic in all the worst ways. It is as if he was reluctant to throw away any of his extensive research, so we get the names, organizations and publications of just about every 19th century anti-semite, occultist, conspirator of both the left and right, novelist, psychologist and confidence trickster.

There is one motivation behind writing historical fiction that Eco’s book does live up to — contemporary relevance. Eco effectively makes a point of showing that anti-semitism can be found on the left of the political spectrum as well as the right, with Simonini knowing when to add the right amount of anti-capitalist rhetoric to inflame a socialist audience.

Most relevant of all though is the extent to which the kind of thinking the novel documents still exists. As even the most cursory web search illustrates you do not need to be transported to the drawing rooms of 19th century Paris to be enmeshed in conspiratorial lunacy. More than that, people appear to be obsessed with some of the very same obscure secret societies that appear in Eco’s novel, as is clearly indicated in this recent Slate article on conspiracy theories linking the Illuminati with pop stars such as Lady Gaga, Eminem and Jay-Z.

Nevertheless, the concerns that have been voiced by critics and even the current Rabbi of Rome that The Prague Cemetery will add fuel to the conspiratorial fire seem far off the mark. For one thing, the novel consistently displays the base of forgery and fraud, and while perhaps conmen might find some inspiration in the book, it is hard to believe that this novel will inflame the imagination of an anti-semite.

Simonini says that his aversion to Jews went from an abstract idea to an “irrepressible passion” after his creating the night scene in the Prague cemetery, but we are left to take his word for it, lacking any evidence of said passion. His only positive interest in life appears to be fine dining, a love imparted to the reader almost solely by a list of names of French dishes.

The idea that the Protocols and all the potential damage they helped cause might have come from one man’s love of haute-cuisine is as depressing as it is uninteresting, and is enough to make even the most Eco reader lose his appetite.