Ukrainians and Russians vie for control of key Czech foundry 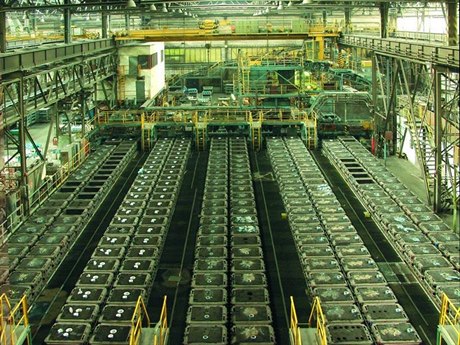 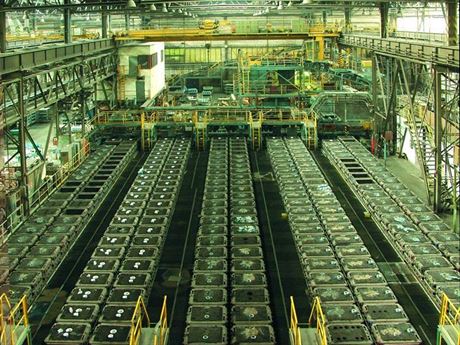 Ukrainian tycoon Konstantin Zhevago, an MP with imprisoned former PM Yulia Tymoshenko’s party, reportedly needs the ČKD foundry and engineering works in Kutná Hora to save his rolling stock business and is offering Kč 485 million for the bankrupt firm. However, the Russian rolling stock manufacturer Rail Group has put forward an offer of Kč 691 million and a promise to invest Kč 1.8 billion in it.

The Regional Court in Prague has called a meeting of the creditors of ČKD Kutná Hora, which is in bankruptcy proceedings, for the beginning of February. “The purpose of the meeting is to negotiate the plans for reorganization that have been submitted and to vote on their adoption,” Judge Jitka Drobná, who is overseeing the bankruptcy proceedings, was quoted by the news server E15 as saying.

Although Rail Group has put forward a cash larger offer for ČKD Kutná Hora, a commitment to reemploy all former workers made redundant in 2008 and thereafter, and a promise to invest Kč 1.8 billion in the company over the next five years, Zhevago, through his UK-registered firm, Integrated Rail-Casting Company, has bought up a large amount of ČKD Kutná Hora’s debt and thus secured a majority on the commission of creditors. According to E15’s sources, Zhevago has enlisted the help of the fourth-richest Czech, Zdeněk Bakala, to secure his bid for the company.

Zhevago and Bakala together control the Swiss-registered Ukrainian iron ore producer Ferrexpo, and Zhevago is a member of the board of the mining company New World Resources (NWR), which is majority-owned by Bakala’s investment firm, the BXR Group, and listed in London and Prauge.

Bakala denies he is assisting Zhevago in his bid to acquire ČKD Kutná Hora. “Mr. Konstantin Zhevago, like the BXR Group, is a shareholder in the Ukrainian firm Ferrexpo and is also a member of the NWR board. Mr. Bakala does not have, nor is he developing any other business activities in the Czech Republic with Mr. Zhevago or firms he controls,” Bakala’s spokesman, Pavel Kočiš, told E15. Zhevago has reportedly established close ties with ČKD Kutná Hora’s managers and current owners.

Zhevago has reportedly established close ties with ČKD Kutná Hora’s managers and current owners, former deputy mayor of Liberec for the Civic Democrats (ODS), Pavel Krenek, and Milan Jeřábek. Rail Group and E.ON Energie, which were among ČKD Kutná Hora’s main creditors, allege that Zhevago together with Krenek and Jeřábek conspired to bankrupt the company so as to enable Zhevago to but it on the cheap. They say one of the major factors leading to the firm’s bankruptcy was the sale of its products to Zhevago’s firm Stakhanov Wagon Works (SVZ) in the Lugansk district in Eastern Ukraine.

Rail Group claims the insolvency proceedings may be biased in favor of Zhevago’s company and requested for a state ombudsman to oversee the proceedings.

Zhevago controls the Stakhanov Wagon Works (SVZ) through his investment firm, Finance and kredit. SVZ has become largely dependent on ČKD Kutná Hora to deliver deliverer of bogies, cast chassis and other parts for its wagons since the Russian authorities withdrew certification for these parts produced by the foundry in the Ukrainian town of Kremenchuk.

SVZ exports the majority of its rolling stock to Russia, where it faces stiff competition from, among others, Rail Group, which is also supplied by ČKD Kutná Hora.

Zhevago’s business interests have reportedly fallen under the scrutiny of the Ukrainian secret services, and according to recent reports in the British press, he is planning to move his family from Kiev to London.The US business magazine Forbes recognizes him as Europe’s youngest self-made multi-millionaire.