If elections were held now, SANEP sees six parliamentary parties and STEM just four; both pollsters find KDU-ČSL and VV on the edge 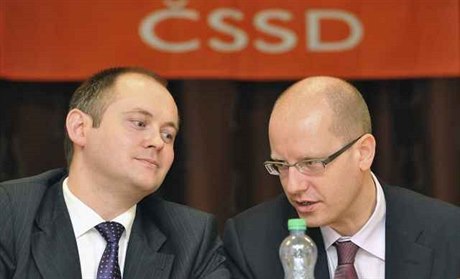 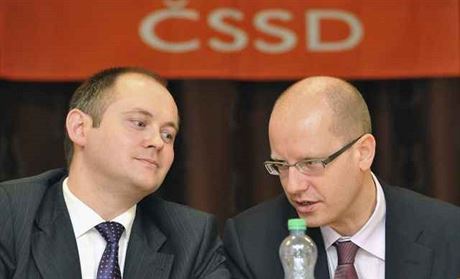 The Christian Democrats (KDU-ČSL) have stayed above the 5 percent threshold for entering the lower house of Parliament for two months and are now polling just 1 percentage point behind Public Affairs (VV), according to a poll by the Center for Analysis and Empirical Studies (SANEP). Rival polling agency STEM, however, sees both VV and the KDU-ČSL on the outside of the Chamber door.

But even if the KDU-ČSL did win seats, it wouldn’t help the current center-right coalition of the Civic Democrats (ODS), TOP 09 and Public Affairs (VV) to stay in power, according to SANEP. The current coalition would get 83 seats in the 200 seat Chamber of Deputies, and a four-party coalition with the Christian Democrats added would reach only 95 seats. Polling took place May 5–11, 2011 — before the resignation of VV head Radek John from the post of deputy prime minister. SANEP pointed out that this may have further affected VV’s standing.

A coalition of the left-wing Social Democrats (ČSSD), VV and the KDU-ČSL, however, would get 103 seats. This would allow for a ČSSD-led government without the participation of the largely unreformed Communists (KSČM). According to SANEP’s projections, the ČSSD would get 76 seats in the lower house, with 36 for the ODS, 32 for TOP 09, 29 for the KSČM, 15 for VV and 12 for the KDU-ČSL.

The KDU-ČSL has been rising steadily for several months. It was at 4.8 percent in SANEP’s March 24–30 poll, and rose to 5.4 percent in the April 7–12 poll. The current poll shows it at 5.7 percent, staying above 5 percent for the second time.

All three ruling coalition parties saw support drop from the previous SANEP poll. The ODS, which currently leads the coalition government, was supported by 16.3 percent of respondents, down from 17.1 percent.  TOP 09 fell to 14.3 percent from 14.5 percent, and VV fell to 6.7 percent from 8.4 percent.

This low figure for the ODS shows the party is left with only “bedrock supporters,” according to SANEP. “Displeased right-wing voters do not find a coalition government headed by Petr Nečas (ODS) a viable option, and this would mean an extremely low turnout in the May hypothetical election to the Chamber of Deputies — and minimal support for the ruling parties,” SANEP said in its report. Voter turnout would be 48.3 percent, down from 50.3 percent in SANEP’s previous survey. “It is clear that some right-wing supporters at the moment are waiting for the next sequence of events.”

The biggest rise was in “other parties,” which rose to 9.8 percent from 8.3 percent. It is up sharply from March 24–30, when it was 5.3 percent. No single party in the pack is close to reaching the 5 percent cutoff, however.

Polling took place among 12,924 Czech respondents between the ages of 18 and 69. The margin of error was 1.5 percent, according to SANEP.

Knocking but not getting in

Polling agency STEM found that Public Affairs would not even get into Parliament, but it also did not place the KDU–ČSL in the lower house yet. This would leave only four parliamentary parties — the ODS and TOP 09 on the right and the ČSSD and KSČM on the left. ‘In terms of mandates the loss of VV produces dramatic results.’

“The data for May brings a fundamental change to our political scene. Public Affairs falls under the electoral threshold,” STEM said in a press release.

“Preferences for other parliamentary parties did not see a substantial change, but in terms of mandates the loss of VV produces dramatic results,” STEM said, adding that the left wing has the big advantage. “The KDU-ČSL in the [adjusted] election model fails to attain the 5 percent threshold by less than 1 percentage point.”

The raw data includes undecided people and those are unable to name a party, as well as those who will not or might not vote. The adjusted data gives a clearer picture of the election outcome. According to STEM’s voting model, based on previous elections and the current data, the ČSSD would get 94 seats in the Chamber of Deputies, the ODS would get 46, the KSČM earns 32 and TOP hangs in with 28.

A right-wing coalition in this model gets just 74 seats, while a left-wing coalition gets 126. Other options with this outcome would be a grand ODS–ČSSD coalition. Unlikely coalitions of ČSSD and TOP 09, as well as ODS, KSČM and TOP 09 are also possible.