Two fifths of Czechs would prefer coalition with communist support 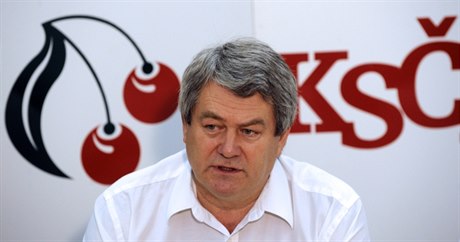 Support for the Communists, now led by Vojtěch Filip, is rising but many people would like to see the party banned foto: ČTK, Česká pozice 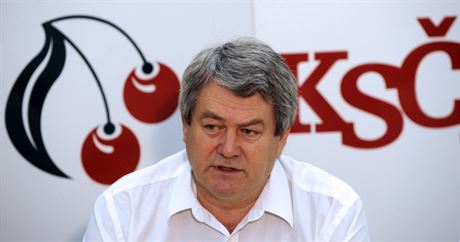 According to an opinion poll published Thursday, 42.5 percent of Czech voters believe a minority government headed by the center-left Social Democrats (ČSSD) with the silent support of the Communist Party of Czech and Moravia (KSČM) would be more beneficial for the country than the current center-right coalition headed by Petr Nečas (Civic Democrats, ODS).

Slightly fewer, 39.2 percent, said they think a coalition government including the KSČM would be preferable to the current center-right coalition.

Almost 76 percent of ČSSD voters asked said one or several communist ministers in the cabinet would be acceptable. The same percentage of ČSSD voters said they would be in favor of the Social Democrats abandoning the so-called Bohumín Declaration, a 1995 pledge from the party not to form a coalition with the KSČM.

Despite a majority of respondents saying they would prefer any government to one including communists, 65.9 percent said they disagreed with the recent assertion by leader of Public Affairs (VV) Radek John that early elections must be avoided in order to limit the possibility of a ČSSD - KSČM coalition taking power.

The SANEP poll was conducted at the end of April among 5,029 respondents aged between 18 and 69 selected to represent a cross section of Czech society.

Most recent polls show that the Social Democrats and communists would win a clear majority in the 200-seat lower house of parliament with the center-right coalition losing support due to austerity measures, higher taxes and sluggish ecopnomic growth.