Trust in Klaus down by double digits 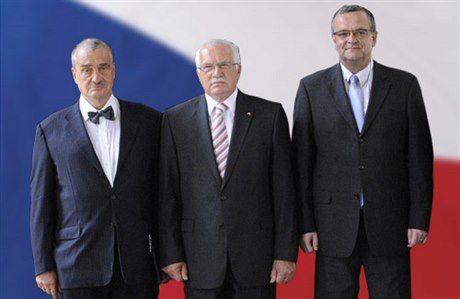 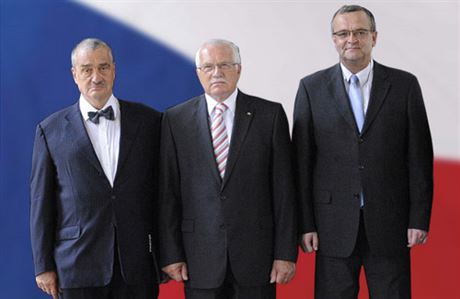 The number of Czechs who say they have faith in their president, Václav Klaus, has dropped by 11 percentage points since March to a slim majority now of 51 percent, according to the latest survey by the Center for Public Opinion Research (CVVM), which noted that no top Czech politician has seen his or her numbers rise.

The CVVM poll, conducted in September, included the names of 27 prominent politicians, including the chairmen of both houses of Parliament, the leaders of the five major political parties and the chief of the Constitutional Court, among others.

“Among the most trusted representatives of state organs and politicians were President Václav Klaus (51% support), [TOP 09 chairman and] Foreign Minister Karel Schwarzenberg (41%) and the chairman of the Constitutional Court, Pavel Rychetský (40%),” CVVM pollster Daniel Kunštát said.

“Those with the trust of more than a third of respondents included [Social Democrat] ČSSD chairman Bohuslav Sobotka (at 36%) and chairwoman of the lower house Miroslava Němcová [Civic Democrats, ODS] at 34%,” he said.

Apart from waning support for Klaus, according to CVVM, statistically significant decreases were recorded for Health Minister Leoš Heger (TOP 09), whose level of trust dropped nine percentage points; Schwarzenberg and Sobotka (down 6 p.p. each); Němcová (down 5 p.p.), and Justice Minister Jiří Pospíšil (ODS) and Finance Minister Miroslav Kalousek (down 4 p.p. each).