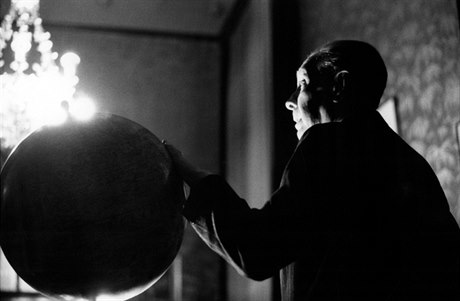 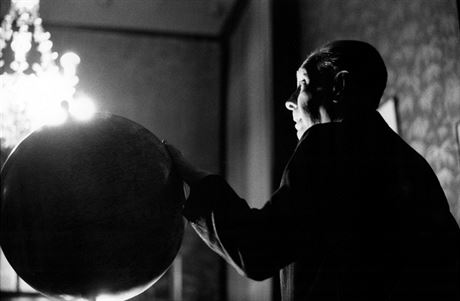 Literary festivals are usually devoted to individual writers or the writers from a particular language or country. That a festival can be devoted to a pair of writers who never met one another and who come from such vastly different places as Central Europe and South America is a testimony to the profound cultural links that have developed over time, links that owe a significant debt to the very writers being celebrated in Prague now – Franz Kafka and Jorge Luis Borges.

While the parallel between these two giants of world literature seems more than evident today, it got off to an inauspicious start. The fact that Borges lived up to 1986 makes it seem as if the two writers are from different eras of literary history, while in fact Kafka was only 16 years older and still had seven years left to live when the young Argentine first read him. Borges wrote that he came across Kafka’s work in 1917 in an avant-garde literary journal — and it didn’t leave a positive impression on him.

“Amidst all this boisterous print, a short text signed by Franz Kafka seemed to me — in spite of my youthful docility as a reader — extraordinarily insipid,” Borges wrote. “Now, in my old age, I dare at last to own up to a case of unforgivable literary insensitivity; I was offered a revelation, and I passed it by.”

Obviously, Borges later took up that revelation to a degree that helped shape his own unique literary sensibility and depiction of paradoxical and labyrinthine worlds.

Putting a festival on the map

The Kafka/Borges – Prague/Buenos Aires  biennale grew out of Borges’ widow María Kodama Borges’ first trip to Prague in 2003, when she was introduced to the director of the Franz Kafka Society Markéta Mališová.

“We were sitting here drinking coffee and María Kodama was holding a book by Borges in her hands, while I was holding a book by Kafka and we talked about how these were two famous writers that had a tremendous influence on 20th century literature so why don’t we do a collective project,” Mališová told Czech Position.

The following year they organized the first conference on the two writers and then a comic theater project with architect and TV personality David Vávra. Eventually the two foundations – the Franz Kafka Society and the Fundación Internacional Jorge Luis Borges, of whichMaría Kodama is president – signed a contract to present Kafka/Borges – Prague/Buenos Aires every other year shifting back and forth between the two capital cities.

“It’s important that the festival isn’t only about literature because the goal is to better familiarize the two audiences with each other’s culture,” Mališová said.

This broader focus allows for a diverse program that includes theater, music, film and photography. A deeper reason for holding the two distant cultures in comparison though are the remarkable and unlikely connections, influence and parallels between the work of these two writers.

This year marks the third biennale and fifth meeting altogether. It also introduces another significant parallel between Argentine and Czech literature in devoting the festival to an even more closely linked pair of writers – Argentina’s Ernesto Sábato and Czech writer Arnošt Lustig. Not only do these two prominent writers have Spanish and Czech variations of the same first name as well as sons who are filmmakers that made documentaries about their famous fathers; the two renowned authors also both passed away in 2011, leaving behind impressive bodies of work and connections with the most traumatic events that their respective nations were forced to endure.

Lustig’s testament of his experience of the Holocaust is well-known to Czechs and all readers of his novels. Less known outside of South America is the role Sábato played in Argentine history by presiding over the commission investigating the victims of forced disappearances during Argentina’s Dirty War that lasted from 1976 to 1983.

Borges around the world

One of the key events of this year’s biennale is the exhibition of photography at Prague’s Cervantes Institute titled Atlas by Borges in which the writer is seen in his numerous travels with his wife María Kodama. The photographs show Borges, by then having almost entirely lost his sight, in settings as diverse as the pyramids of Egypt and Central America, in the US, Japan and Europe. The exhibition is open through May 19.

Another highlight of the festival is a screening of Mario Sábato’s documentary Ernesto Sábato, My Father with the director present. The film will be shown with English subtitles. There will also be a number of roundtable discussions of issues including Argentine literature in Bohemia and the influence of Lustig on Czech writers. The festival will close on April 26 with a concert at Prague’s Spanish Synagogue of the works of Leoš Janáček, Astor Piazzolla, and Bohuslav Martinů.

One improvement Mališová noted over the preceding Prague festival is that the program is distributed among different venues and with the cooperation of organizations like Spain’s Cervantes Institute that bring their own expertise to bear on the various events. “It also gets people who typically come to events here at the Kafka Society facilities to experience new places around Prague,” Mališová said.

With next year being the 130th anniversary of Kafka’s birth, Mališová expects to mark the occasion with a conference bringing Kafka scholars to Prague from far and wide. She also noted that the Czech Postal Service has agreed to issue a stamp of the writer.

Kafka/Borges – Prague/Buenos Aires
Through April 26
A program (PDF) in English can be downloaded here.