Instead of concentrating on trade fairs and expos, the state export promotion agency will look for opportunities in dynamic new sectors 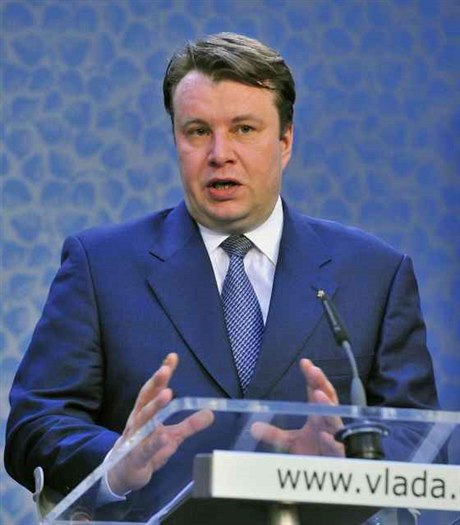 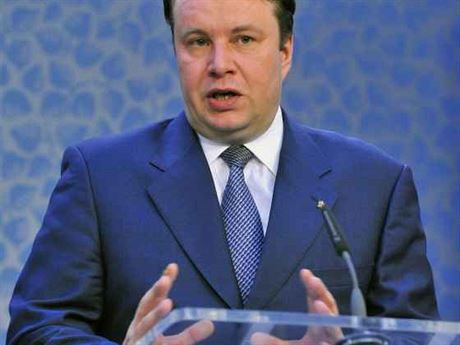 Following years of debate over what form state support for exports should take, the Ministry of Industry and Trade has a concept based on a model proven in Scandinavia. Instead of presenting goods at international trade fairs, Czech export promotion will concentrate on finding opportunities in global trends and problems and encourage Czech manufacturers and producers to develop appropriate solutions.

The first step in the new policy is to strengthen the state export promotion agency CzechTrade, which according to the plan should provide private companies and state institutions with advice and know-how about global demands. The stakes are large — exports account for three-quarters of the Czech economy.

Under the new strategy drawn up by the Ministry of Industry and Trade (MPO), CzechTrade will take over the role of actively seeking potential investors in the Czech Republic — a task that was previously the responsibility of CzechInvest. “The network of export promotion representation offices should be increased by a half over the next two years and the range of services offered increased. This will be done at only small extra cost because for the most part the network pays for itself,” Industry and Trade Minister Martin Kocourek (Civic Democrats, ODS) announced when presenting the plan.           Inspiration for the new model of export promotion comes from the Finnish state agency Finpr

The inspiration for the new model of export promotion comes from the Finnish state agency for the promotion of exports and investment, Finpro, which encourages domestic entrepreneurs to develop sophisticated products and services with global appeal. “Previously, there was a company that produced boots and looked to satisfy domestic demand. When it had covered domestic demand, it had to export. Today’s products, such as the iPad, can sell around the world immediately,” CzechTrade general director Ivan Jukl told Czech position, referring to the beginnings of the Finnish telecommunications giant Nokia.

Such forward thinking is, however, an exception from the rule in the Czech Republic. The majority of Czech entrepreneurs are afraid of the risk of investing considerable capital into development of sophisticated products and solutions. Nevertheless, a fundamental shift in thinking and approach is required if in 10 years time the Czech Republic doesn’t want to be just an assembly plant for foreign manufacturers — who pay most taxes in their home countries.

Nevertheless, there are exceptions. Examples include the manufacturer of healthcare technologies Linet and software developers AVG and Avast, which identified opportunities at the right time and successfully forged global markets for their products.

“I think the decision to strengthen the role of CzechTrade is a step in the right direction. It’s a well-managed organization where genuinely business-minded people work. They conducted market research for us, provided contacts to chambers of commerce and obtained information about the competition,” the CEO of Linet, Zbyněk Frolík, told Czech Position. In his view, it’s very important that CzechTrade actively seeks business opportunities and analyzes flows of goods in the world.

Plans are in place to expand the CzechTrade network with 10 new foreign representation offices, which will provide support for Czech supporters in some 70 countries. The agency plans on recruiting over 40 new staff members locally in the countries where there are offices. This corresponds to the practices of Finpro, which recruits local economic experts with profound knowledge of their local markets. The Czech managers are to act as coordinators.

“We want to form project teams which will specialize in several sectors. These will include so-called life science, i.e., sectors closely connected to human health, nano- and bio-technology and effective energy,” Jukl says, adding that in the coming years trillions of dollars will go into those sectors.

Jukl said that it’s no longer the case that consumers judge goods according to country of production. Today what’s more important is the so-called country of brand, citing the toy manufacturer Lego as an example: People all over the world associate the famous plastic building blocks with the firm’s home country, Denmark, despite the fact that the toys are also manufactured in Switzerland, the US, South Korea, Hungary, and in Kladno, Czech Republic.

At present, CzechTrade has 33 offices abroad while the state agency for promotion of investment into the Czech Republic,The costs for running CzechTrade offices and paying the agency’s staff at home and abroad may rise to Kč 260 million. CzechInvest, has seven. This year, a pilot project for the two agencies to work together will be launched, and after a year it should become clear which offices should be kept — and how to adapt the network to better meet the needs of entrepreneurs.

CzechTrade, which charges for advisory services, generates an income of about Kč 30 million annually from approximately 30,000 man hours. In the coming years, the agency should double the number of man hours dedicated to clients’ specific needs.

CzechTrade is also to provide free advisory services for state institutions including CzechInvest (the state investment promotion agency) and Technological Agency. Currently, the costs for running CzechTrade offices and paying the agency’s staff at home and abroad amount to Kč 180 million. This figure is expected to rise to Kč 260 million following the expansion of the network and its activities.

In 2010, Czech exports of goods and services earned a total of over Kč 2.5 trillion.

“We’re happy about this. Finally the agencies are merging even though there will still be two general directors, two buildings in Prague and two cars with chauffeurs,” a Czech diplomat who didn’t want to be named told Czech Position.

What about economic diplomacy?

While the MPO’s plans for CzechTrade should provide ample support for entrepreneurs looking for opportunities and partners on new markets, the ministry may be called upon to explain how it intends to support exporters in relations with foreign governments. This important area has been the subject of dispute between the foreign ministry and the MPO for several years now.

The Foreign Ministry decided to conduct economic diplomacy independently and appointed its own staff to work in this area. The MPO also had a budget of Kč 80 million annually to finance the staffing of trade representatives in Czech embassies and it is from this money that the expansion of the CzechTrade network is to be financed.

According to Frolík of Linet, it’s essential for CzechTrade to work with local embassies to promote Czech firms’ bids in public tenders issued by foreign governments. “They have to cooperate to create favorable political climates for Czech exporters,” Frolík said, adding that he believes the two ministries are gradually settling their differences.

The government’s new export strategy, which should be completed in the second half of the year, should also serve to resolve disputes between the MPO and foreign ministry. The new strategy should raise the profile and promote the new CzechTrade network, address the need for more regional experts at the MPO, and contain methods for assisting entrepreneurs looking to win state tenders abroad.