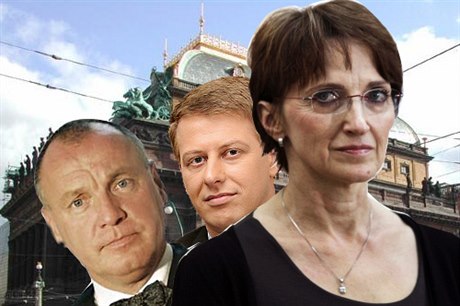 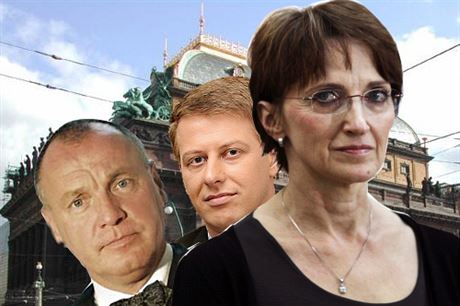 A decision should be made this week at the Czech Ministry of Culture over the new tender to find a director for the country’s prestigious National Theater (ND). At stake is not just who will occupy the director’s box and control a budget rolling into almost a billion crowns; it could also reopen the debate about the independence of the State Opera (SOP), which from the start of this year has been administratively merged with the National Theater as part of a controversial new policy.

When culture minister Alena Hanáková (STAN-TOP 09) cancelled the previous tender two weeks ago, just before the deadline closed for applications which had been invited since the middle of February, she also opened up the possibility of dropping one of the essential conditions of the previous tender: that bidders for the director’s job accept the previously laid down plan for the National Theater and State Opera. That, of course, was aimed at the merger of the two cultural institutions and their joint administration as set out by previous culture minister Jiří Besser (TOP 09) last summer. All that could not be up in the air.

If Hanáková drops the basic condition for the director’s post of acceptance of the previous plan or no longer includes it as a requisite for the post, it would appear all the options are open for the future of the National Theater — and perhaps once again of an independent State Opera.

Those hoping for just that were given a boost when Hanáková, who seemed uncertain about her stand on this question, took over at the culture ministry from the uncompromising Besser in December. The wording of Hanáková’s cancellation of the tender for director have also given a clear impression of the great pressure being exerted from those for whom the appointment under the previous terms would have represented a decisive defeat.

Dvořák isn’t the type to waste his time on spurious causes.

Dvořák’s close links to the number two in the Social Democrat (ČSSD) party, Michal Hašek, Brno mayor Roman Onderka (ČSSD), and his affinities with the State Opera had fueled speculation that the open letter was a move already agreed by those in favor of a go-it-alone, independent State Opera company.

The timing of the letter a day ahead of the decision to cancel the tender makes it appear more like a concerted effort for an already attained goal than a shot in the dark appeal from a civic initiative. What’s more, Dvořák isn’t the type to waste his time on spurious causes. So it can be clearly expected that there will be a much fiercer and more open fight for the director’s post.

If Hanáková keeps to her promise that the new tender to find a director is prepared by the end of April, then the path would appear to be open for a return to an independent State Opera in the near future.

By then she should have had time to get to grips with the results of a personnel and process audit of the National Theater and State Opera that should be completed this week. The contents of this audit could well have an impact on the new tender, though in what direction is far from clear.

The minister has already indicated that the criteria on which a new director should be assessed be better spelled out. The condition of some administrative function in the cultural sphere or cultural education might be stipulated. If this happened, it would get rid of some of the previous competitors for the post from the ranks of economists and managers.

Economist and former deputy finance minister under the Social Democrats, Tomáš Prouza, might be one of those for whom such more specific criteria might be designed in a deliberate bid to exclude him from the competition. Prouza confirmed that he was taking part in the previous tender.

Other changes could affect the selection committee, whose composition had not been revealed in public at the time the previous tender was cancelled although those invited to take part had already been sounded out and some of the names leaked in advance to the media. A call to widen the evaluation committee had been made by opponents of the initial tender, according to the Ministry of Culture spokeswoman, Markéta Ševčiková.

The opponents had some cause to complain given that the original selection criteria were pretty vague and did not even guarantee financing for the supposed cultural entity that was to emerge from the merger of the National Theater and State Opera.

Former minister’s Besser’s 20-page conception for the transformation of the two cultural institutions could have served as the starting point for resolving the future of the State Opera and towards putting the running of the National Theater on a new basis. But it could not be regarded as a fully prepared and resolved strategy that could stand up to expert argument. To be quite frank, no such open and expert discussion ever took place — and everything got more or less mothballed in the ministry offices.

The term of current National Theater director Ondřej Černý ends in about a year. And if a new tender is launched by the minister according to European practices (which requires posts to be filled around two years in advance), then this will happen with at best around a year’s delay. Current and future artistic plans which are plotted long in advance will come into conflict, as recently occurred at the Vinohrady Theater in Prague with the result being a rather muddy improvisation.

If Hanáková doesn’t rush and leaves Černý in place for a little longer to cover the time gap, she could have room to open up a discussion about filling the post. The minister might learn that such top post abroad as filled by other means than the classic tender. She might, for example, sound out possible choice candidates and ask their views about the future of the National Theater. That might pave the way for the best solution of coming up with a clear plan, the financial means for fulfilling it, together with the person being named to carry it out.

Such a scenario with clearly set tasks, financing and powers would be ideal. The truth is that there are few competent managers willing to run the risks of such an appointment, for example dismissal on account of some political reasons.

But that is not likely to be the path taken by Hanáková. A new tender will be prepared and its formulation and the composition of the selection committee should make it clear who was the greatest political force in the behind-the-scenes battle and which possible candidate might have the greatest chance to land the job.