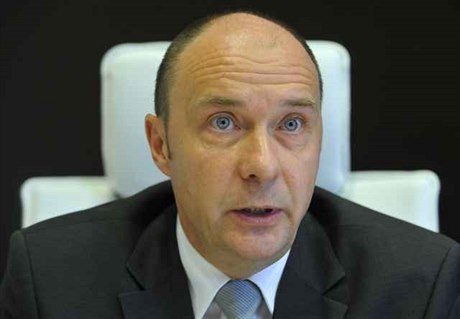 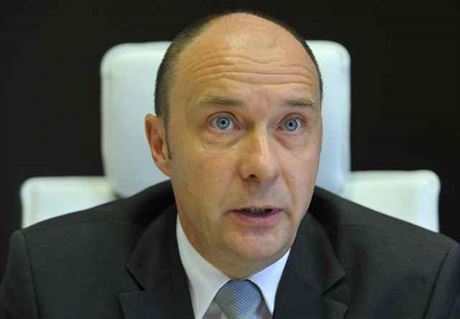 A battle raging within the top ranks of the Czech state prosecution service escalated when the Prague Chief Prosecutor announced on Friday he was lodging a criminal complaint for illegal entry into offices against the man who until this week had occupied his post.

Chief Prague Prosecutor Vlastimil Rampula announced the criminal complaint against specific individuals in a somewhat bizarre press conference where he screened closed circuit television images of individuals entering the offices of his deputy, Libor Grygárek, on the night of February 17. He said the complaint should be presented formally to police on Monday.

Rampula said the two intruders were clearly shown accompanied to the office by his predecessor Stanislava Mečl, who apparently opened the door for them using keys in his possession. The intruders left later, with one apparently having a full rucksack.

“This is an exceptional issue,” Rampula, who returned to his post this week after a court ruling Tuesday upheld his appeal against dismissal in July last year by Justice Minister Jiří Pospíšil (Civic Democrats, ODS).

Rampula, who returned to his post this week after Prague’s Municipal Court upheld his appeal against dismissal, said that key documents had not been kept in his deputy’s office and that it was not currently clear if computers had been tampered with or listening or other devices installed. Grygárek had been on a long sick leave at the time of the incident.

He said he was asking Mečl and the Supreme State Prosecutor Pavel Zeman to explain the circumstances surrounding the intrusion into the offices. Mečl this week returned to the supreme state prosecutor’s offices.

Rampula was dismissed for alleged failures by himself and subordinates in high-profile corruption cases with both the minister of justice and supreme state prosecutor leading the drive for his dismissal. But the court ruling has now apparently rebounded on both of them with Pospíšil’s future as minister reportedly now on the line.

Many Czech anti-corruption associations say Rampula and Grygárek deliberately dragged their feet on key corruption cases and have mourned the chief prosecutor’s triumphant return. Rampula said Friday that there was no reason why his deputy should be dismissed. “Grygárek is a fully functional deputy,” he added.

Rampula said he still had to get to grips with a series of personnel changes carried out by Mečl but would not necessarily get rid of the new teams created to focus on a handful of top corruption cases.

Speculation is rife that Zeman and justice minister Pospíšil could make a fresh attempt to try and unseat Rampula. But the office intrusion episode suggests that Rampula is ready to take the fight to his opponents.