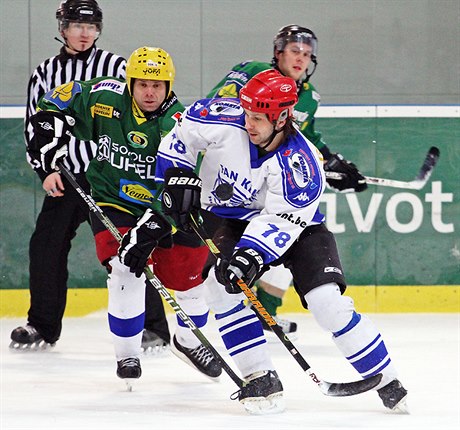 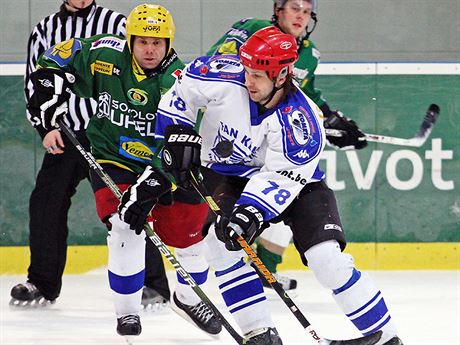 Czech ice hockey league clubs are considering closing the top league with no teams being relegated to the lower division at the end of each season.

Clubs grouped in the Association of Professional Ice Hockey Clubs (APKLH) decided late on Tuesday that further talks on the controversial move would continue over the next weeks after failing to come to a final decision at their regular meeting.

The question of closing the top Extraliga, perhaps as early as the 2012-2013 season, will be discussed again in January.

‘The reasons are mostly economic. We know the situation that the clubs are in.’

For some clubs the financial certainty stemming from staying among the sport’s elite is a powerful argument in favor of the move. “The reasons are mostly economic. We know the situation that the clubs are in,” the manager of the Slavia Prague club Ladislav Blažek told public broadcaster Czech Television (ČT) on Tuesday.

The move, said to be supported by 11 out of the 14 top Czech league clubs, has started a fierce and no holds barred debate within the sport. The manager of the Czech national team, Alois Hadamczik, denounced the idea saying that it removes competition from the top league and means that players will just turn out for their clubs to get paid.

‘I completely reject the behavior and vulgarity of the main coach of the national team , Mr. Hadamczik.’

The suggestion to close the league is said to have originated with HC Energie Karlovy Vary, currently sitting at the bottom of the elite league.

The general manager of the west Bohemian club, Miroslav Vaňek, on Wednesday hit back at the media attacks on him by Hadamczik which also made its way onto the club’s own discussion forum. Amongst other things, Hadamczik branded Vaňek as “the biggest braggart in hockey.”

“That the idea of closing the Extraliga would divide the hockey public into two camps (for and against) is quite normal and should be the subject for a decent discussion between the two sides which would finally result in a conclusion,” Vaňek said.

“I completely reject the behavior and vulgarity of the main coach of the national team, Mr. Hadamczik,” he added, suggesting that the national coach’s behavior was not fitting for his position.

Hadamczik recalled that Vaňek took part in year long negotiations over the possible membership of Karlovy Vary in Russia’s KHL league in 2008. The talks were eventually closed when the Russian company pushing for the Czech spa town team’s participation in the league decided that it would no longer back the project.

Any move to close the top Czech league would have to be cleared by the whole Czech Ice Hockey Association (ČSLH), including delegates from the first and second divisions and regional associations. The Czech daily Mladá fronta Dnes reported on Wednesday that most of the lower league clubs would line up against the move, probably depriving the elite clubs of the 31 votes needed to push the proposal through.

The newspaper pointed out though that the top clubs could put pressure on the smaller ones through the players loaned out to compete in the lower leagues.