Many new faces are likely to emerge in the Prague presidium of TOP 09, the second-largest party in the Czech government 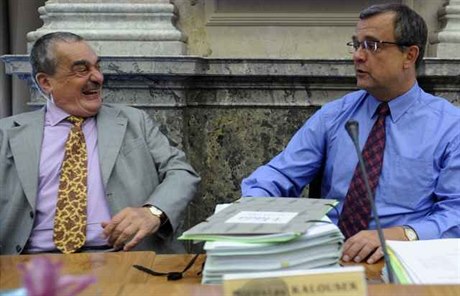 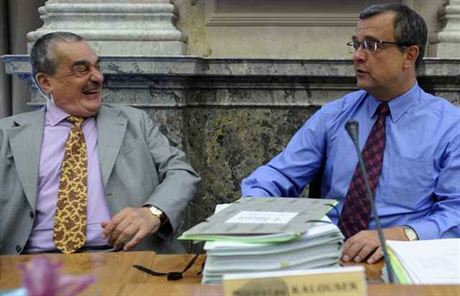 TOP 09, the second-largest party in the Czech coalition government, will elect its Prague leadership on Friday. No big changes are expected — party chairman Karel Schwarzenberg (the current foreign minister) and founder and first deputy chairman Miroslav Kalousek (the finance minister) will remain in charge — but the presidium could see some new faces.

TOP 09’s presidium could expand from five members to seven or nine, Czech news agency ČTK reported. Its current members are MPs Daniel Korte and Gabriela Pecková, the Prague club chairman Tomáš Hudeček and Prague 1 mayor Oldřich Lomecký. The new mayor of Prague 5, Radek Klíma, is among those expected to be named to an expanded presidium.

Former Czech National Bank (ČNB) governor Zdeněk Tůma, the people’s choice for Prague Lord Mayor but shut out thanks to a deal between the center-right Civic Democrats (ODS) and the main left-of-center opposition Social Democrats (ČSSD), is expected to remain a Prague councilor.

Kalousek, a member of the Christian Democrats (KDU-ČSL) for 25 years and its chairman from 2003 to 2006, left the party to establish a new one saying its platform had shifted to the left of center. He is known as the “brains” of TOP 09 while Schwarzenberg is the “face.”

According to a recent poll by the STEM agency, excluding undecided voters, if elections were held today, the Communists (KSČM) could win 38 mandates in the 200-member lower house of Parliament (Chamber of Deputies) and the Social Democrats (ČSSD) 87 — for a total of 125 to a possible left-wing coalition.

TOP 09 would capture 30 seats and Prime Minister Petr Nečas’ Civic Democrats (ODS) 45 — for a total of just 75. The smallest partner in the center-right government, Public Affairs (VV), would fail to win enough support to return to Parliament, according to STEM’s projections.