Tide may be turning in RFE/RL discrimination case 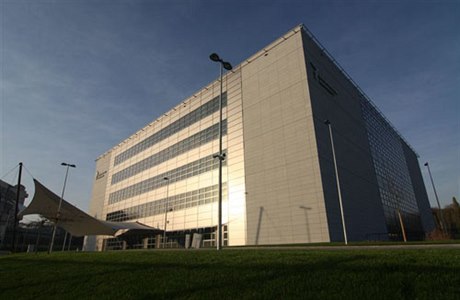 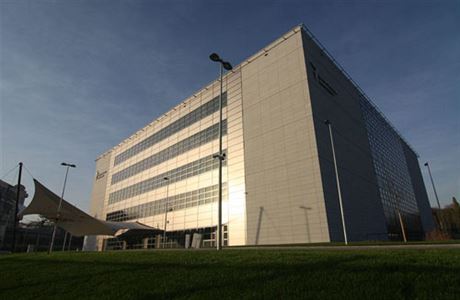 Radio Free Europe began regular broadcasting across the Iron Curtain on May 1, 1951, from its former Munich headquarters. It’s first words to cross the divide were in Czech: “Volá hlas svobodného Československá, rozhlasová stanice Svobodná Evropa (This is the voice of free Czechoslovakia, Radio Free Europe).

Broadcasts to other Warsaw Pact countries soon followed. But with the end of the Cold War and relocation to Prague, the US-government financed broadcaster has shifted its target countries mainly to the Middle East and Central Asia.

Unfortunately for Radio Free Europe/Radio Liberty (RFE/RL), its 60th birthday celebrations are marred by tangled and complicated legal disputes that are a current hot-button issue in Prague due to the question of employment rights it applies to international employees. The disputes open up the broadcaster to charges of discrimination and hypocrisy.

The crux of the issue is a multi-tier recruitment system at the broadcaster. While American employees of RFE/RL work under US employment legislation and Czech employees under Czech legislation, a major dispute has arisen over the apparently limbo status of  numerous RFE/RL employees from other countries.

Croatian national Snjezana Pelivan was dismissed from RFE/RL in 2004 without an explanation and sued the broadcaster in a Czech court for her lack of recourse, being without the protection of either American or Czech labor laws. Her case went through the entire Czech court system without success and is currently awaiting a hearing at the European Court of Human Rights in Strasbourg.

‘If a case like this was taking place in one of the countries RFE covers, they would be talking about it every day’

Going through the Czech legal system was a long, slow process with the exception of when Pelivan called a soon-to-be-visiting US Secretary of State Hilary Clinton as a witness given that the station is semi-publicly funded and is accountable to the government. At this point the case was being heard by the Czech Constitutional Court, which can take up to seven years to hear a case. When the witness request was publicized by the Czech News Agency (ČTK) the case suddenly seemed to be fast-tracked and was thoroughly examined and decided on over the course of five days, including the weekend. It was the fastest decision in the Supreme Court’s history.

Former RFE/RL employee and Armenian national Anna Karapetian has notched up one victory in the Czech courts, when a district court ruled in her favor. “In my case the judge said that foreigners in the Czech Republic have to have the same rights as Czechs,” Karapetian said.

Karapetian told Czech Position that she and Pelivan were particularly heartened by the fact that two of the three district court judges ruling in her favor were the same ones who had previously rejected Pelivan’s suit.

On April 4, 2011, Karapetian’s case was sent from the district court to the municipal court, which will hear the case on May 4. RFE/RL deputy director of communications Julian Knapp confirmed to Czech Position that an appeal against the district court’s decision has been filed.

“In the decision, the judge said her decision was based on the charter of fundamental rights and freedoms of the Czech Republic, so a human rights radio station is appealing against a charter of human rights,” Karapetian commented.

In a further statement to Czech Position, RFE/RL denied having a three-tier employment system that discriminates against employees without recourse to American or Czech labor laws.  Beyond stating that “some employees are employed under US law and some are employed under Czech law” it did not elaborate what category the former employees taking them to court fit into.

RFE/RL’s statement goes on to explain that “US labor law does give employers and employees greater latitude than is customary in many parts of Europe,” but qualifies this by saying that employees are never dismissed without “reasonable cause.” For Karapetian and Pelivan, the truth of this statement is impossible to judge as they claim that all attempts on their part to ascertain the causes of dismissal have been rebuffed without an answer.

According to Pelivan and Karapetian, a major factor in keeping other international employees from even commenting on their dismissals is that RFE/RL presented them with a contract providing them with a financial settlement in exchange for their silence.

“When I said I was taking them to court they said, ‘You could have the money.’ And the worst thing is this money is severance pay, and they said if you want your severance pay you sign the contract and give up your rights,” Karapetian said.

“You are a journalist and you have been teaching your less-democratic country what democracy means, what freedom of speech means, that you don’t need to be silent — and suddenly you should take money to do precisely that,” she added.

What has also been a major source of frustration is that the Czech courts have largely adhered to procedural issues and the question of whether American or Czech law applies. “Until the last hearing the court hadn’t touched a single essential issue,” Karapetian said, though Pelivan injected a note of optimism by stressing recent developments in her former colleague’s case.

“Slowly but surely the Czech courts are learning what the issue is, that it’s not a simple employment case but about sovereignty and the right of the Czech Republic to apply its own laws,” she said.

Even if the outcome of their case is ultimately successful, the two former RFE/RL employees will be left with a bad taste in their mouths, having believed and still believing in the mission of the broadcaster to promote free speech and human rights in countries that have a muzzled media.

“If a case like this was taking place in one of the countries RFE covers, they would be talking about it every day,” Karapetian said.

What baffles Pelivan the most is the stubbornness of her former employer fighting these cases year after year despite the evident discrepancy between the argument they are pursuing in court and the message they broadcasting to the world.

“What I have missed in every article covering this case over all these years is the answer to the question of why RFE is so insistent on upholding these employment practices at seemingly any price, through all the court cases and bad publicity,” Pelivan said.

Part of the 60th birthday celebrations included a three-day conference in Munich under the auspices of the Czech Minister of Foreign Affairs Karel Schwarzenberg (TOP 09) and Minister-President of Bavaria Horst Seehofer (Christian Social Union in Bavaria, CSU). The conference ending April 30th looked at  the role of RFE during the Cold War, including such sensitive topics as the international legality of RFE broadcasts as well as the role of the CIA in the broadcaster’s operations. One panel had a seemingly appropriate title for the broadcaster’s current situation: “Voices of Freedom? – International Broadcasting Today.”