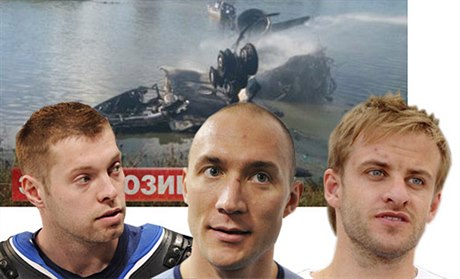 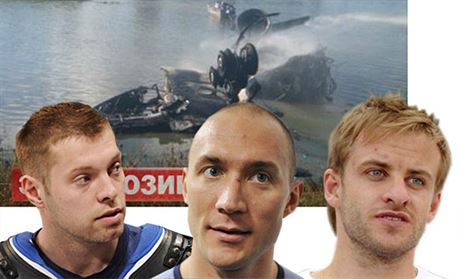 Wednesday should have been a day of celebration for ice hockey fans in Russia and around the world with the opening game of the new Continental Hockey League season due to be played. Instead,  it will be remembered as one of the worst sporting tragedies in history. All 37 members of Lokomotiv Jaroslavl ice hockey team flying to Minsk on a Yak-42 perished when the plane crashed during takeoff.

At around 16:05 local time (14:05 CET) a Yakolev Yak-42 passenger plane carrying almost all members of the Lokomotiv Jaroslavl team crashed shortly after takeoff from Yaroslavl’s Tunoshna airport some 250 kilometers northeast of Moscow.

According to the latest reports from the Russian Ministry of Emergency Situations, 37 players and 8 crew were on the flight.  26-year-old Russian forward Alexandr Only two people survived the crash, 26-year-old forward Alexandr Galimov, and a crew memberGalimov initially survived the crash but according to the Czech news agency ČTK he died later in hospital.One crew member is reported to have survived  but is in critical condition.

The Russian aviation authority Rosavia said the Yak-42 did not manage to gain sufficient height and hit a broadcast mast or antenna. Eyewitnesses interviewed by Russian national broadcaster Channel 1 news said they saw the plane split in two after hitting something when only 1.5 to 2 meters off the ground. Several described hearing two explosions.

The NTV channel showed footage of plane wreckage burning in the river Volga.

According to the latest reports, the remains of 26 people have been found. In addition to Russian and Czech players, the team members on board included Belarus, Canadian, German, Latvian, Polish, Swedish and Ukrainian nationals.

The Russian authorities have confirmed that Czech players Jan Marek, and Karel Rachůnek and Josef Vašíček died in the crash.

All three players were regulars in the Czech national ice hockey team. Marek and Rachůnek were both part of the gold-winning Czech team at the World Championship in Germany in 2010 and the Bronze-winning team in 2011. Vašíček won the Stanley Cup with the Carolina Hurricanes in the 2005-2006 season and was in the gold medal winning Czech team in 2005. After seven seasons in the NHL, Vašíček joined Lokomotiv in 2008.

Jan Marek was beginning his sixth season in the KHL, but reportedly wanted to leave Russia to return to play in the Czech Extraliga.

The first game of the new KHL season between last season’s winners of the league’s trophy the Gagarin Cup between Salavat Yulayev and Atlant Mytishchi (or Atlant Moscow Oblast) at Salavat’s stadium in Ufa was called off.

According to the Russian First Channel, all 11,000 tickets for the Dinamo Minsk versus Lokomotiv Jaroslavl game were sold out.

In an interview with the Czech press agency ČTK, former Czech ice hockey player Vladimír Vůjtek, who coached Lokomotiv Yaroslavl from November 2010 until April 2011, said that he had experienced no signs that the team’s Yak-42 may have had technical problems.

In the Czech Republic where hockey is on a par with football as the most popular sport, several media compared Lokomotiv Jaroslavl tragedy with the crash known as the Munich air disaster in 1958 when eight Manchester United football players were among the 23 killed when the team’s plane crashed on takeoff after a refueling stop on the return journey from Belgrade, Serbia.

The first game of the new KHL season between last season’s winners of the league’s trophy the Gagarin Cup between Salavat Yulayev and Atlant Mytishchi (or Atlant Moscow Oblast) at Salavat’s stadium in Ufa was called off when the full extent of the tragedy became known, although the game had started with a minute's silence being observed.

“I heard the news when I was driving and since then I have been driving less than half speed. It’s terrible. I had many close ‘Not only were they excellent hockey players, they were also wonderful friends and people. That’s how we will remember them.’acquaintances and I was on friendly terms with the families…. And I was still training the lads half a year ago,” Vladimír Vůjtek told ČTK.

Alois Hadamczik, who became trainer of the Czech national team after the 2010 World Championship, said he had spoken to Jan Marek two weeks before the crash.

“I’m speechless because it’s not possible to say anything. Honza [familiar form of Jan] Marek spoke with me 14 days ago and he told me that his child had been born and that he didn’t want to be there, that he would go home, to play for Sparta [Prague] and what would I say to that. I told him ‘Honza, you’ve been abroad a long time now. It’s up to you how you decide.’ But in the end the boy stayed there [in Russia],” Hadamczik told Radio Impuls.

The Czech Ice Hockey Association (ČHS) has released an official statement regarding the tragedy in which its president, Tomáš Král, said: “The news of their deaths has shocked us. Jan Marek, Karel Rachůnek and Josef Vašíček made a considerable contribution to the greatest successes of our hockey in recent years, first and foremost in winning gold medals at the World Championships in 2005 and 2010. Not only were they excellent hockey players, they were also wonderful friends and people. That’s how we will remember them.”

A silence will be observed at all opening home games when the new Czech Extraliga season gets under way next week.