Shortly before midday on Thursday a man opened fire at Aircraft Industries factory in south Moravia; three are confirmed dead 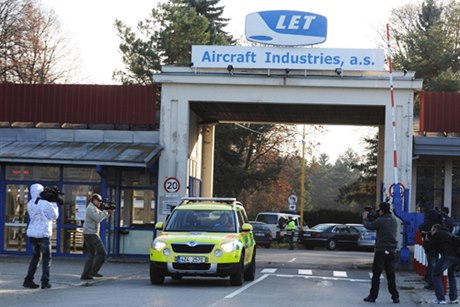 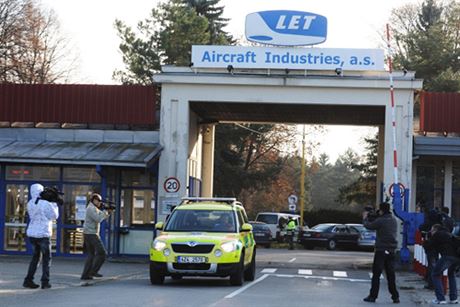 Three people are reported dead at the Aircraft Industries factory in south Moravia after a gunman opened fire in the firm’s administrative building. It appears the shooter targeted the company’s management, with general manager Ilona Plšková reported to be among those injured, and then took his own life. The attacker is believed to be Karel Musela, the brother of disabled arms dealer Pavel Musela, Mladá fronta dnes reported.

After opening fire, the gunman barricaded himself and hostages, including those he had injured, into the administrative building. Emergency services spokesman Petr Olšan told reporters: “We waited at the scene from 11:47 a.m. to almost 2:30 p.m. and only then were we let in [to attend] to the injured. I can confirm that three men have died from gun wounds. We took one woman with minor injuries to hospital.”

Some 100 policemen, including members of special units, attended the scene and a witness told MfD they attempted to negotiate with the gunman before forcing their way into the building. At 2:30 p.m., police spokesman Aleš Mergental told reporters gathered at the entrance to the plant that the operation had been completed. According to the daily’s reporter there, the gunman is among the three dead though the police had not confirmed this.

Pavel Musela miraculously survived a suspicious hunting accident in 2008 but sustained permanent brain damage. He was reportedly close to a deal to deliver Pandur armored personnel carriers (APCs) made by US-owned Austrian firm Steyr to the Czech military, which is now under investigation by Czech and Austrian detectives under suspicion that large bribes were involved. Due to the brain damage sustained in the “accident” in 2008, he cannot give testimony in the Pandur investigation.