Theater festival kicks off in Plzeň 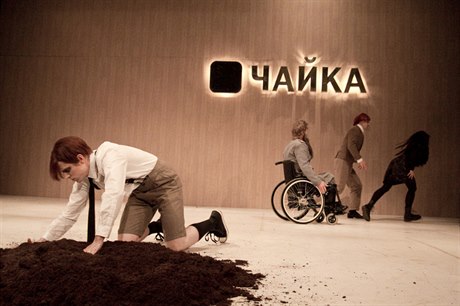 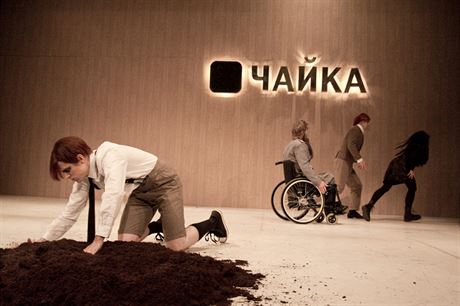 From Sept. 14 to 22 the city of Plzeň, famous for its Pilsner beer, will be a mecca for theater lovers as the 19th International Festival Theatre presents a full and varied program of works from leading Czech and regional European theater companies. With works ranging from a modern adaptation of “Romeo and Juliet,” set in a housing project, to a Moscow theater production of “Uncle Vanya” and a hardboiled detective drama peopled with stuffed animals, the festival shows itself unafraid to take risks.

Considering the economic downturn, just being able to hold the festival was a major challenge. “The economic situation for Czech culture isn’t the best, so we’re glad we could put the festival on,” said festival director Jan Burian, adding that the overall budget came to around Kč 10 million.

Czech and Slovak performances in the main program with English subtitles provide an abundant offering for the non-Czech speaking audience. One of the highlights is the chance to see the award-winning Patrick Marber play “Dealer’s Choice” being performed by Prague’s Dejvické divadlo with stage and film star Ivan Trojan in the role of Ash the gambler.

The 19th century masters are represented with post-modern staging of Ibsen’s “Brand” accompanied by a harp, a highly visually innovative take on Chekov’s “Seagull” put on by Kladno’s City Theatre (Městské divadlo Kladno) and a work by Czech dramatist Ladislav Stroupežnický from 1887 titled “Our Swaggerers.” Though initially rejected as incomprehensible the play (and its 1937 film adaptation by Vladislav Vančura) is now viewed as a classic look at the Czech national character and way of life. Topping off the 19th century bonanza is a performance of Verdi’s Rigoletto by Plzeň’s J. K. Tyl Theatre.

The Slovak National Theatre from Bratislava delves into Slovak history with “Hollyroth,” a work based on the poems of Vojtěch Mihálik that looks at the life of clergyman, poet and Slovak nationalist Ján Hollý (1785-1849). Brno’s National Theater takes on a more recent aspect of Czech history in “The V+W Correspondence” in a play that arises from the letters exchanged between legendary Czech actors Jiří Voskovec and Jan Werich after Voskovec emigrated and Werich decided to remain in communist Czechoslovakia.

To plunge further back into the classical past there is a performance of “Romeo and Juliet” by Ostrava’s Petr Bezruč Theatre where the standard Shakespearean approach is abandoned for a modern-day housing estate with the star-crossed taking place to the sound of rock music and urban noise. Prague’s Divadlo Na zábradlí takes a similarly loose, modern approach to Ancient Greek drama with “Orestes Material.” The tragic hero Orestes is played by Ivan Lupták, who began his film career by starring in the film “English Strawberries.”

For those looking for something altogether out of the ordinary there is “Amberville,” a hardboiled detective story that takes place in a town populated by stuffed animals. Written by a Swedish author who uses the pseudonym Tim Davys, purportedly to conceal a well-known public figure, hearing the gruffness of Sam Spade coming out of the mouths of teddy bears as performed by Plzeň’s Alfa Theatre is bound to be a unique theatrical experience.

All of Central and Eastern Europe is a stage

According to festival dramaturge Kamila Černá speaking at a press conference the festival’s international focus is on the Visegrád countries with the addition of Russia. The performance of Chekov’s “Uncle Vanya” by Moscow’s Vaktangov Theatre is being directed by the theater’s head Lithuanian Rimas Tuminas. Prior to the festival the play will have a Prague performance on Sept. 12 at the State Opera (Státní opera Praha) though  Černá says the production almost did not come to the country at all.

“Financially, and from a production point of view it presented a considerable amount of difficulties,” Černá said.

Sure to obtain attention and packed houses is Hungarian director Kornél Mundruczó’s adaptation of similarly controversial Russian novelist Vladimir Sorokin’s “Ice” trilogy, a play which has generated significant protests in Hungary while being performed around the world and gaining the appreciation of the Russian writer. “Ice” presents a bleak view of life in the former communist east through a supernatural story of a secret cult that aims to redo the world’s creation.

“Table” is a Polish work from the Karbido theater group of Wrocław that went from being a sensation at the Edinburgh Fringe Festival to an international touring phenomenon. Centering around a specially prepared wooden table, the four performers create an acoustic symphony that blurs from folk to rock.