The US-Russia reset is over 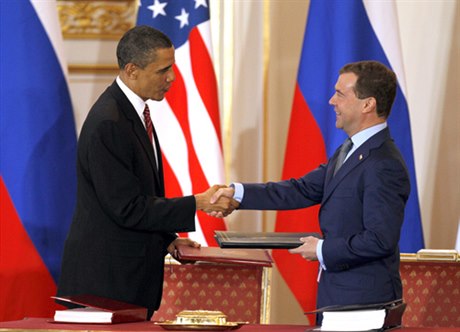 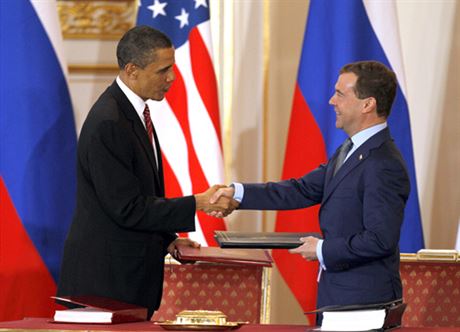 Can the “reset” between Washington and Moscow survive Vladimir Putin’s return to the Russian presidency in May? That is a question I posed to many people on a recent trip to Moscow. Opinions differed, but some of the best-informed analysts and officials expected the reset to fade away.

US Vice President Joe Biden first used the term at the Munich Security Conference in February 2009, when he said that it was time to press the reset button in the US-Russia relationship. Barack Obama and Dmitri Medvedev, both then recently elected as presidents of their respective countries, took up the challenge, and the climate between Moscow and Washington improved.

The reset brought considerable benefits to both sides. Moscow obtained an agreement on cooperation on civil nuclear power technology, help with its WTO membership application and an implicit understanding that the US would not directly challenge Russia’s key interests in its own backyard (for example, in Ukraine). The US benefited from Moscow allowing men and supplies for the NATO mission in Afghanistan to pass through Russia. Moscow refused to deliver S-300 surface-to-air missiles to Iran and in June 2010 agreed to more UN Security Council sanctions against that country. Both parties were happy to sign the New Start agreement that will reduce their strategic nuclear arsenals.

The warm personal chemistry between Medvedev and Obama contributed to the reset’s success. For example, their interventions sorted out some of the difficulties in the negotiation of the New Start agreement. And in March 2011, Medvedev’s decision not to veto UN Security Council Resolution 1973 – a decision opposed by Putin and much of the Russian security establishment – gave the US and its allies legal cover to intervene militarily in Libya. The appointment of Mike McFaul – a longstanding advocate of democracy-promotion – as ambassador in Moscow has fuelled suspicions of US intentions.

Prime Minister Putin, who has remained the pre-eminent figure in Moscow during the Medvedev presidency, never used the word but allowed the reset to happen. The prospects for its continuation, however, look bleak. Putin has a less benign view of the US than Medvedev. During the recent presidential election campaign, Putin resorted to tough anti-American rhetoric, accusing opposition demonstrators of being paid by the US. He wrote an essay on Russian foreign policy, published in February in Moskovskie Novosti, which accused the US of promoting human rights and supporting humanitarian interventions simply to advance its own commercial and geopolitical interests. Those who have heard him talk in private say that Putin's suspicion and mistrust of the US is genuine, rather than mere electoral rhetoric.

Arguments over human rights are likely to cause further strains in the relationship. Within Russia, NGOs funded by Western foundations or governments are facing new forms of harassment. The appointment of Mike McFaul – a longstanding advocate of democracy-promotion – as ambassador in Moscow has fuelled suspicions of US intentions. McFaul has been vilified in the Russian media for meeting representatives of NGOs. All this is likely to lead to more American criticism of Russia, fuelling more paranoia about Western plans to undermine Putin’s regime, and so on.

However, some senior Russians do not view American plans for missile defense as a threat, at least until the early 2020s, when the US says it will deploy more sophisticated interceptors. But even then, some of these Russians acknowledge, the number of interceptors that the US intends to deploy could not significantly stymie Russia’s ability to rain nuclear missiles on the US. According to these Russians, the loud barks from the security establishment are an attempt to set red lines and warn the Americans that they should take Russia’s interests into account as they develop their system. Syria is not only Iran’s ally but also Russia’s best friend in the region. ... Putin is ardently opposed to any kind of humanitarian intervention there.

Syria and Iran are causing great strains. Russian strategists view the turmoil in the Middle East almost exclusively in terms of a conflict between Iran, on the one hand, and Saudi Arabia and the US on the other. Syria is not only Iran’s ally but also Russia’s best friend in the region. Russia has friendlier relations with Iran than with Saudi Arabia. The Russian government believes that geopolitics will drive the US to use force against not only Iran but also Bashar al-Assad’s regime in Syria. Most Russians believe that only ill will come of the Arab spring: the likely result in many countries, they predict, will be fundamentalist Islamist regimes backed by Saudi Arabia.

Putin is ardently opposed to any kind of humanitarian intervention in Syria. This position seems to be based partly on principle – the Russians are even more firmly attached than the Chinese to absolute state sovereignty. Their belief that the West abused the terms of UN Security Ccouncil Resolution 1973 to justify striking Libya has reinforced their hostility to Western intervention anywhere else. Their position is also based on realpolitik: Syria buys a lot of Russian arms, provides Russia with a naval base and helps to prevent US-Saudi dominance in the Middle East.

One subject that has fostered co-operation between Washington and Moscow is Afghanistan. Putin views the US presence in the country as a bulwark against the spread of Islamist fundamentalism. Russia and the US work together on counter-narcotics operations. But even on Afghanistan there are tensions: Moscow opposes both Washington’s schemes to retain military bases after its troops depart in 2014, and its plans to encourage the Afghan economy to integrate with those of Central Asia, on the grounds that they will increase America's sway in the region. In any case, the Russians believe that once US troops leave the country, the Americans will have fewer reasons to co-operate with Moscow (though Washington still hopes that the two sides will be able to work together on counter-narcotics and counter-terrorism programs).

In purely electoral terms, Obama is unlikely to suffer from a cooler relationship with the Russian leadership. His Republican challengers have attacked him for being soft on Russia. If Mitt Romney won the presidency, US-Russia relations would probably face a frosty period. If Obama won, though the reset of recent years would be unlikely to continue, both he and Putin would see good reasons to stop the relationship turning hostile. Russia's seat on the UN Security Council means that the US needs its help in tackling Iran and other problems in the Middle East. And Russia knows that stormy relations with the West could damage its efforts to modernize its economy.

Russia also wants to avoid becoming too dependent on China, a country with which it currently enjoys good relations but that it mistrusts. For the time being, however, Putin appears to view US hegemony as a bigger danger than the rise of Chinese power. As he wrote in Moskovskie Novosti, he sees the emergence of the BRICS grouping (Brazil, Russia, India, China and South Africa) as geopolitically significant. “We have to co-ordinate more closely on foreign policy matters and work together more closely at the UN. …When BRICS is really up and running, its impact on the world economy and politics will be considerable.” Whether the BRICS will ever be cohesive enough make such an impact is debatable. But Putin clearly has faith in the potential of the BRICS to constrain US power.

— Charles Grant is director of the Centre for European Reform (CER), for which this commentary was originally written (seewww.cer.org.uk). Reprinted with permission.