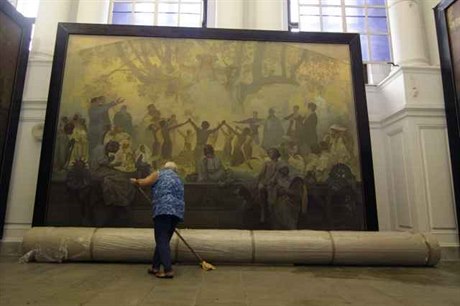 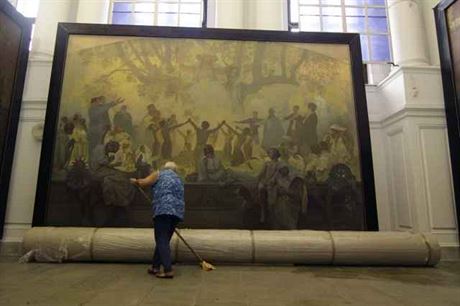 We in the Czech Republic best master campaigns that do not threaten to end up in injury and do not require decision making. We are also good at organizing public opinion polls that, however, do not represent opinion, let alone the public. And we are experts too in meditating problems that should have been tackled long ago but have yet to be resolved.

The classic Czech approach has it that: “I neither say ‘yes’ nor ‘no,’ but you’ll see that I’m right.” Czech politicians and those aspiring to be them thrive on such barren problems. Especially, when they do not feel like actually voicing an opinion, let alone making a decision about topical, vital matters that are absolutely necessary to tackle.

Another of their skills is to conjure up an external, or internal, enemy of the people. Today, it may not be as clear-cut as it used to be in the totalitarian regime, when the external enemy was evident — the Imperialists and the West — and the internal enemy changed according to the situation. It is not that easy to find an enemy. It is quite successful to frighten people with the European Union bogeyman, since armchair heroism warms the heart. And an internal enemy can always be found somewhere too.

The Slav Epic as an indicator

Last year, a Czech website held a poll for the most symptomatic term of 2010. It suggested “corruption,” “crisis,” “euro,” “political incompetence” and “misconduct” — as well as the Slav Epic by the painter Alfons Mucha. I gave the last of the mentioned options my vote.

The epic is a cycle of 20 paintings depicting historical events. Mucha gave the painting to the city of Prague, on the condition that a special pavilion be made for it. Currently, the paintings are on display in a chateau in Moravský Krumlov, South Moravia, where it was moved for safe keeping after World War II. There have been efforts for a decade to move the paintings back to Prague.

The dispute over the paintings can, however, serve to show the condition of Czech society and the abilities of its “elite” to take decisions at the right and expected moment and to revere a legally consistent state.

Instead of decisiveness, seeking and finding law, we have witnessed indecision, the joy of the zero outcome and an example of pre-election municipal political narrow-mindedness in abusing and using the banal and legally uncompleted matter concerning the Slav Epic. He who knows and understands acts. He who does not know and does not want to act instead creates a media circus.

There is a trend in politics to beat the drum while leaving things to be taken care of by the next irresponsible political representation. The artistic and organizational aspects of the matter have fallen completely by the wayside.

All quiet prior to the elections

After years of being out of sight, the Slav Epic went on display in Moravský Krumlov in 1963. The people of the town should be thanked for making it possible for the public to see the mangnificant paintings. And their courage should also be appreciated.  Such provisional arrangements are not so easily done away with in the Czech Republic, since they agree with many of us.

It appeared that the Slav Epic was inapplicable as a tool in the pre-election fight, since it obliged those in power to make decisions and act. Therefore, the canvases remained rolled up just before the local elections in Moravský Krumlov — at a dilapidated chateau that was sold to shady private persons. (People in Prague know a similar story, in the form of the “burnt down” Veletržní palác in Holešovice.) Even Mucha’s grandson ceased to issue controversial statements. No one seemed to care anymore.

Mayor Svoboda and Governor Hašek have also invited to the party the mayor of Moravský Krumlov, Tomáš Třetina, and the director of the City Gallery Prague, Milan Bufka. And the outcome is … nothing. They have decided neither “yes” nor “no.” But they have decided that they will continue in the cheap demagogic nonsolution. And for this purpose they want to set up a committee.

Mayor Svoboda is encumbered with a scandal concerning the water purification plant and the money drained into the ODS party canal, yet he is behaving as if nothing at all has happened. That is why he is attempting to raise his profile by making use of the Slav Epic. Meanwhile, Governor Hašek again needs to score points in his campaign to be elected leader of the ČSSD.

What would Alfons Mucha think?

I am glad thus my notional Praguers versus Moravians problem has disappeared, a problem that might have been artificially kindled by someone. In the case of the possible threat of another division of the state, I would not be able to decide between my native Moravia and my Prague domicile. And Alfons Mucha? He certainly did not imagine his dedication would turn out this way. The poor Czech legal conscience.

I should have given priority to global warming in the public opinion poll. That would have been far simpler.