The roughest party in town is hosted by DJ Bárta

If ex-PM Mirek Topolánek is behind the rebellion in Public Affairs, serious problems await PM Petr Nečas. And where will the rebels go? 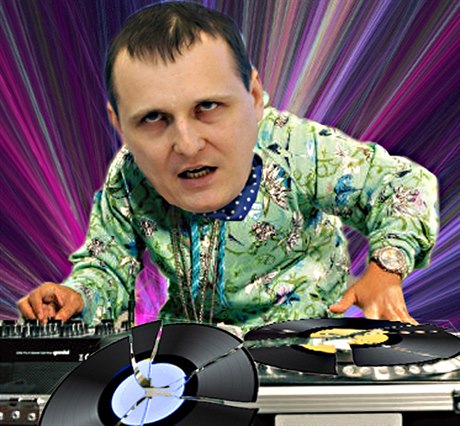 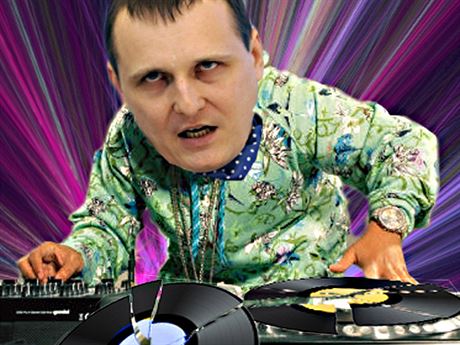 The Prague nightclub Abaton is advertising what it claims will be the “roughest party in town” on April 16. Piercing, piercing chains, scarring, branding, hanging on hooks, bondage, fetish S&M, latex, blood, pain, hardcore music … But the posters and flyers are misleading.

The roughest party in town is not taking place in Abaton, but after almost a year of foreplay, it is playing out in the parliament building, in Štefániková street where Public Affairs (VV) has its headquarters, and on Kosárkovo embankment where the party’s de facto boss Vít Bárta has an apartment.

The newcomer to the world of Czech politics is coming apart at the seams in front of the eyes of its self-annointed boss, who has openly admitted that his idol is the French emperor Napoleon Bonaparte. If Bárta is not capable of keeping in line his party colleagues — many of whom are his personal friends, including until just recently the instigator of the current affair Jaroslav Škárka — then what must it be like in the ministries headed by VV appointees?

First Škárka spoke out about cash payments from Bárta — who resigned as transport minister on April 8 as a result of growing scandal — but remained on for keeping quiet about the party’s finances. The he took his word back, saying he intended it as a hoax, and that the money was extra payment for his role as party deputy chairman.

Bárta claimed the most recent payment to Škárka, an envelope containing Kč 170,000 that is now in police hands, was a loan to a friend in financial need (we are only too familiar with the loan excuse from former prime minister Stanislav Gross, the former speaker of the lower house of parliament Miroslav Vlček, and other Czech politicians). So in reality, it’s about something else: After all, Bárta reportedly told a gathering of VV’s parliamentarians that he could help out if they faced financial problems as a result of their parliamentary wages and perks being cut.

And where will the VV parliamentarians get their uniform shirts with the white and red collars for which their MPs’ salaries are insufficient? And how could the MPs find the money to pay a Kč 7 million fine in the event they vote against the party line, as they pledged in a signed agreement prior to entering parliament? Would they also borrow in this case from the philanthropical Bárta? And really, how do the delegates from other parties who have incurred the same wage cuts get by?   Which ministerial or deputy ministerial posts and seats on supervisory boards of state firms will the VV rebels eventually get?

MP Martin Vacek (VV) has also admitted to receiving money from Bárta, but says it was a loan and that he sees no problem there. On Wednesday, Kristýna Kočí — until March 7 the leader of VV’s parliamentary group of MPs — like Jaroslav Škárka, lodged a criminal complaint against Bárta with the public prosecutor saying that Bárta paid her Kč 500,000 in cash, which she handed over with her complaint. Perhaps this was also a contribution to buy some clothes? From Versace maybe?

On Thursday, Kočí met with Prime Minister Petr Nečas (Civic Democrats, ODS) to assess how many defectors from VV are prepared to continue to support the ruling three-party coalition. On Thursday, rumors from parliamentary corridors suggested that Nečas offered Kočí a top position in ODS and potentially up to six VV defectors could join the ODS ranks.

If the rumors turn out to be correct, ODS and the second coalition party, TOP 09, would need just one more vote to secure a 101-seat majority in the 200-seat lower house of parliament, and thus would not have to negotiate a deal with Bárta’s VV.

But this would probably not be a cheap deal. Which ministerial or deputy ministerial posts and seats on supervisory boards of state firms would the VV rebels eventually get?

VV party chariman Radek John, the current interior minister, has called the upheavals in the party and the cash for loyalty revelations an inner party putsch. But as someone has commented, VV is a black box into which no one can see. At least now it seems that not even money can hold together the crew of MPs cowered by Bárta. Signs of tensions within the party prior to Škárka’s revelations were attributed to the upcoming party leadership vote due to be held in May. But now the cause appears to be different altogether.

As John claims, the attack on Bárta probably was orchestrated from outside, by someone who exploited the fractures in the party and motivated the right people in order to rub salt into an opportune open wound and twist the right knife. It must be the work of a political professional. The main opposition Social Democrats (ČSSD) had no reason to take such action, thus the trail is likely to lead to a section of the ODS, or indeed TOP 09. The latter party’s de facto leader, Miroslav Kalousek, has never been exactly fond of Public Affairs, all the more so since they have continually come up with populist arguments against his various plans.

Yet a reduced coalition — albeit without having to deal with VV — would not be a victory for Nečas. Instead, it would be an opportunity to further re-shuffle the Cabinet, beyond naming a new transport minister. The fact is that the whole affair has traits that suggest that ex-prime minister Mirek Topolánek (ODS), who still wields considerable influence, could be behind it. And this would mean a huge problem is in store within the center-right party its current leader, Nečas.

Whatever the outcome, the end of Bárta’s political career is approaching fast and “his” presidential professor — Václav Klaus — is currently in Cape Verde on his way back from Argentina and Chile: “Let’s wait for some genuinely fair outcome because these outcries against one another, in my opinion, could distort the whole issue,” President Klaus said on his way back from Latin America. So will he host another meeting at Prague Castle to arbitrate in disputes in the same way as he has done before?

All Czechs can do is follow with dropped jaws how the political pantomime plays out and changes by the hour; they can always go to the Abaton nightclub to settle their nerves.