The ‘new’ Poland and its neighbors

Poland has received more attention from West European capitals and improved ties with Moscow, but links with Visegrad countries have cooled, writes Tomáš Valášek, director of foreign policy and defense at the Centre for European Reform (CER) 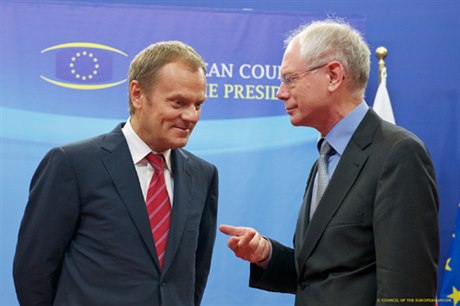 The ‘new’ Poland was born in 2007, when PM Donald Tusk (left) replaced the controversial Kaczynski government foto: Council of the EU, Česká pozice 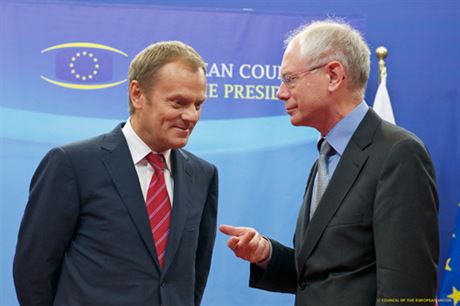 Poland is shedding its “new member-state” image and is instead trying to join the exclusive club of big EU countries. It is a laudable and so far largely successful goal but not one without risks. To become a big EU player, Poland needs to continue cultivating its role as a regional leader in Central and Eastern Europe.

Poland is riding high. Whereas all other EU economies slumped last year, Poland's grew by 1.7 percent. Warsaw has patched up relations with Berlin and Moscow, with noticeable results: German Foreign Minister Guido Westerwelle's first foreign trip was to Warsaw, and Russian politicians handled the tragic plane crash that killed the Polish president and other leaders with unusual tact.

The “new” Poland was born in 2007, when the center-right government of Prime Minister Donald Tusk replaced the controversial Kaczynski government. Tusk's team decided that Poland was to shed its labels of being reflexively Russophobic, anti-German and Atlanticist – which had led to Warsaw at different points vetoing EU-Russia negotiations and seeking to slow common EU defense policy. Polish diplomats speak fondly and frequently of a ‘Weimar Triangle,’ in which France, Germany and Poland will discuss matters of European security.

Instead, the government briefed Russia on Poland's plans for missile defenses (which Moscow felt uneasy about), invited Prime Minister Vladimir Putin to the anniversary of the outbreak of World War II and launched consultations with Germany on the EU's eastern policy. Warsaw also made common EU defense a priority for its EU presidency in 2011.

Poland's revamped foreign policy has been a great success: along with the country's economic resilience, it has catapulted Poland to a position of prominence in Europe without weakening its bond with the US. Relations with Russia are at their highest point since the end of the Cold War. This transformation has inflated the country's confidence: “We are no longer a playground but a player,” boasts one government minister.

Poland’s view of its place in Europe has been transformed, too. The “old” Poland was a Central European leader. The “new” Poland sees itself as a European power on a par with France and Germany. Polish diplomats speak fondly and frequently of a “Weimar Triangle,” in which France, Germany and Poland will discuss matters of European security.

In many ways it is already working: Germany's and Poland's foreign ministers wrote a joint paper on strengthening the EU's eastern policy and they went to Minsk together to warn the Belarusian governments against falsifying elections. Diplomats say that lower-level cooperation between German and Polish officials is even more intense.

The Polish-Russian “reset” has been the most notable result of Warsaw's policy reversal. It started for largely tactical reasons – as a way of boosting Poland's standing in Europe. But Russia's positive response has had an interesting psychological effect. When one speaks to Polish diplomats today, they leave the impression that they want the relationship with Russia to look successful almost irrespective of what it delivers because the dialogue with Moscow makes Poland feel relevant and strong.

Although most Poles are still wary of Russia, Polish politicians and officials appear more prepared than other Europeans to believe that Russia's “modernization partnership” with the EU will transform the country. Polish diplomats also sound less suspicious of Russian intentions, for example in meddling in Central Europe, than most of their EU counterparts.

Poland and the ‘Visegrad Four’

While Poland has received more attention from West European capitals and improved its ties with Moscow, its links with its immediate neighbors have cooled. Relations with Lithuania are the worst they have been in decades. Diplomats from other “Visegrad Four” states (Hungary, the Czech Republic and Slovakia) grumble that it has become difficult to get their Polish colleagues to focus on regional projects such as new interconnections between oil and gas networks in Central Europe. When the Visegrad countries hold a ministerial meeting, Poland usually sends a deputy to meet with other countries' senior ministers.

This is partly Poland's neighbors’ fault; they do not always make attractive partners. Some Central European countries are not serious about defense, whereas Poland is a military power and one of a few countries to spend close to the NATO-recommended two percent of GDP on defense (Hungary and Slovakia are already below, or falling below, the one percent mark). Others, like the Baltic States, have been reckless with their economies and needed to be bailed out by the IMF, whereas Poland is proudly growing.

But Warsaw's relations with new EU members have also cooled because Poland is increasingly adopting a “big country” mentality. Like the UK, France and Germany, it gives smaller countries less attention than it gives the big ones. Above all, the Poles seem intent on shedding the 'new member' label. A commonly-expressed opinion in Poland is that "the new divisions in Europe are not between the East and West but between the [frugal and responsible] North and the [free-spending and reckless] South." In the eyes of other Central Europeans, Poland appears to be deliberately distancing itself from its traditional friends in the neighborhood.

Poland’s shift to ‘big country’ mentality is not without risks.

This is an understandable instinct; all “rising powers” grapple with how to balance old friendships with new opportunities for partnership with the big states. But Poland's shift to “big country” mentality is not without risks. Despite all the notable successes, Poland's new status is still fragile. Germany and France will remain preoccupied with saving the euro for the foreseeable future – an endeavor in which Poland as a non-euro member does not have much of a say.

Even in areas where Poland thinks it should play a pivotal role now, it is not always taken seriously. Germany and France held a controversial three-way summit with Russia on European security, much to Poland's dismay (one of the main points of repairing relations with France and Germany was to stop them talking to Russia over Polish heads). Poland's charm offensive also comes at a difficult time: the eurozone crisis has made all EU countries more selfish and tetchy. Poland risks being caught in no-man's land: not yet taken fully seriously by Europe's biggest states but no longer seen by the rest of the new EU countries as a natural leader.

Poland should hedge its bets by simultaneously cultivating links to Germany and France while keeping its old friends close. Paris and Berlin take Warsaw seriously partly because Poland is a regional power: the four Visegrad countries have more votes in the EU's Council of Ministers than the Franco-German duo, and many more when the Baltic States are added. Poland, by virtue of its size and prominence, is the region's natural leader. This gives Warsaw real power in the forthcoming debates such as the one about the next EU budget framework starting in 2014. The more effective Poland becomes at corralling Central European votes, the more likely Paris and Berlin are to seek co-operation with Warsaw.

Tomáš Valášek is director of foreign policy and defense at the Centre for European Reform, for which this commentary was originally written (see www.cer.org.uk). He is also a senior advisor to the Brussels office of the World Security Institute. Previously, he served as Policy Director and head of the Security and Defense Policy Division at the Slovak Ministry of Defense.