The ‘emo’ kids are alright 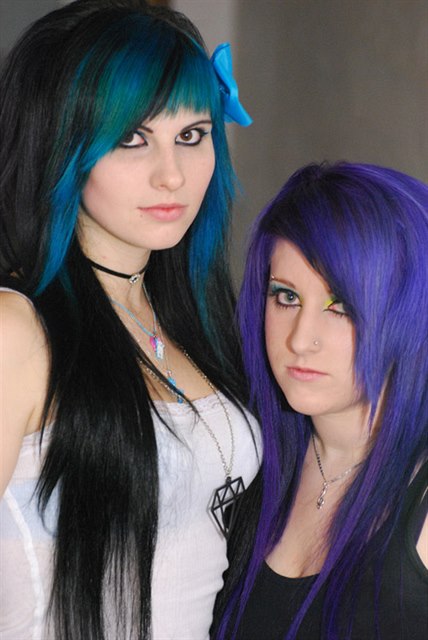 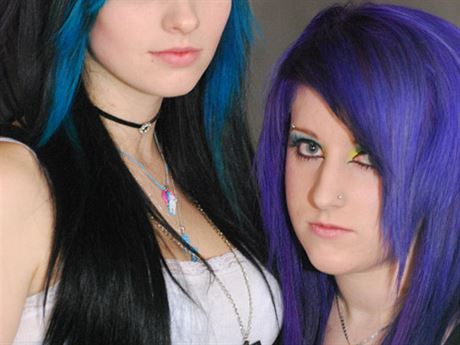 Like many youth subcultures, the emo movement has had its share of bad press, baseless rumors and downright prejudice. Back in 2008, a report by commercial station TV Prima  generated alarm among parents by claiming that emo was inspiring teenagers to self-harm and even suicide. A study based on Czech and Norwegian emo members shows that many of the concerns are unfounded.  Not only doesn’t the movement promote self-harm, it encourages friendship and problem solving.

The emo movement grew out of punk rock and punk pop in the 1980s, with a distinctive musical sound influenced by indie rock as well as its own fashions and attitudes.  The name “emo” comes from emotion, and the musical aspect of the movement was originally referred to as “emocore.”

Emo fashions are inspired by the goth movement, but are often colorful, whereas goth youth tend to dress all in black. After years as an underground movement mainly in the United States, emo broke into the global mainstream early this decade as word spread via the Internet, global music video channels and, finally, bands on international tours to expand their fan bases.

Some two years before the TV Prima report, several websites had picked up what purported to be a Czech-generated set of rules for young members of emo. This document contained recommendations suggesting that emo youth slash their wrists, spray mosquito repellent in their eyes while “thinking of kids in Africa,” “be homosexual” or “be bisexual” and promoted suicide.

Czech emo adherents were adamant that the rules were fake — produced as a prank by somebody seeking to mock their movement. Martin Kuška, a researcher at the Prague College of Psychosocial Studies (PVŠPS), who led an 18-month study of emo youth culture in the Czech Republic and Norway, told Czech Position that those in the movement in fact have a positive outlook and emphasize the value of exploring one’s emotions.

“We were surprised to find out that all of the media-fueled assumptions about this group of young people were completely turned on their head,” Kuška said. “What we found out during our interviews with emo youngsters was not nihilism or morbidity, but rather a mentality embracing the expression of the full range of emotions, primarily those which, they believe, mainstream society is often ill-at-ease expressing.”

The Norwegian and Czech governments financed the project, which came to an end in late 2010. The PVŠPS and Norwegian Social Research (NOVA), one of that country’s largest social research institutues, carried out the research for the comprehensive study. Kuška said his team conducted detailed interviews — that looked far beyond fashion issues — with 30 emo adherents between the ages of 15 and 23.

Questions related to family, life history, attitudes toward themselves (including whether they carried out acts to harm themselves), their future and how seriously they took the whole concept of being emo. “What we found was that all of the kids we spoke to, without exception, viewed their participation in emo as a transitory experience related to youth — one which they did not see themselves being part of many years down the road,” explained Kuška.

Researchers also found that the emo youth primarily viewed the movement as one emphasizing friendship and altruism. “We discovered that the communication and mutual solving of problems was a crucial component of emo membership. In essence, the whole emo movement, including in the Czech Republic, provides members with a kind of spontaneous therapy group.”

As for self-harm, Kuška says that the surveys showed that it really played no real role for emo adherents. “International studies suggest around 10 percent of young people seek medical help as a result of self-induced harm, irrespective of emo membership,” he added.

Toward the end of last year, the Prague College of Psychosocial Studies revealed its findings to the Czech media, holding a press conference at a Prague café called Therapy. This led to a series of articles and reports that essentially corrected the prior distorted notions in the Czech Republic that resulted from the TV Prima broadcast and the fake rule list.

“Initially, the plan was to disseminate what we found via academic journals, but then we took the decision to also approach the mainstream media,” Kuška recalled. “The result was articles and reports in a host of newspapers, magazines, [public broadcasters] Czech Radio [and] Czech Television, and so on. We were very pleased to find such interest, and we hope that this helps to correct some of the falsehoods that exist about this movement.”

Not a self harm cult

As for the participants in the study, they too have experienced the turnaround in perceptions. “I was wary at first when approached to take part in this study,” says Lenka, an 18-year-old emo adherent from Prague with black-and-blue dyed hair. “I wasn’t interested in explaining why we are all ‘slashing our wrists’ when that’s not at all what we do.”

While being interviewed for the study, Lenka says she realized that Kuška and his associates were seeking the truth, not sensationalism. “After that, I even helped them find other interview contacts among my emo friends, and I’ve even done a television interview about emo since the study came out,” she said.

Kuška welcomes the trust he and his team gained from the emo kids he studied and says he continues to experience interest from the Czech media with regards to his findings. “This interest is giving us the opportunity to reach far beyond our original academic intentions, and personally, I am delighted that this project has had such an impact,” he said.

He also emphasized an important message: “At the end of the day, one would be quite correct to be seriously concerned about a cult-like movement promoting self-harm — but if what we really have is a youth movement that promotes values such as friendship, problem solving and the healthy release of emotions among youngsters, then it should quite possibly be more than accepted, but even welcomed.”