The culture minister need not be an artist, but Czechs don’t need another Besser 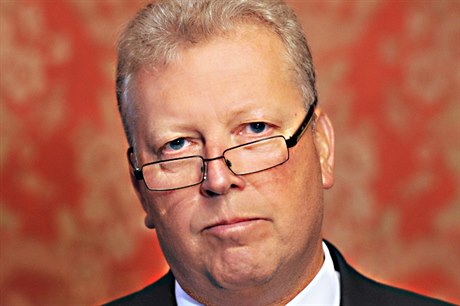 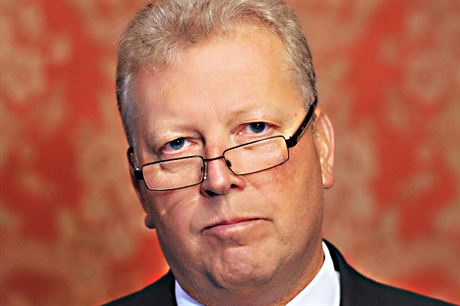 Outgoing Minister of Culture Jiří Besser (TOP 09) failed to list his ties to a Florida company in asset declarations to the lower house of Parliament, and therefore violated the conflict of interest law. It was not that omission that led to his political downfall so much as the fact that his friend and partner in Comoros Group LLC, Beroun businessman Pavel Hrách, has been convicted of fraud and bribery.

The irony is that while Besser, who resigned this week, had announced grand plans to bring order to the Culture Ministry— which oversees the budgets of some 30 artistic, cultural and educational organizations, and is responsible for matters relating to churches and religious societies, drafting legislation in radio and television broadcasting and implementing the copyright act — he twice “forgot” to account for Comoros Group LLC, which owns a $230,000 apartment at a Florida golf course, where he and his wife have holidayed.

Could it really be that he has an eye for detail only when it comes to state property and is more easygoing when it comes to whom he associates with, and criminal activity in general? If so, Besser is not the only Czech politician with such a liberal attitude, and perhaps his current wife is not off the mark in her assertions that it was not the Florida deal that was his undoing, but rather a far larger real estate transaction —the landmark restitution of Church property agreement hammered out under his tenure and due to be signed, by Besser, this month.

Jiří Besser, 54, and his ex-wife were both dentists, and had built up a thriving practice before he was elected mayor of Beroun, a small city within commuting distance of Prague, in 1994; he remained in that post for four terms, until being elected to the lower house of Parliament in 2010, running as an independent with the upstart center-right TOP 09 party, now allied with the Mayors and Independents (STAN) group. Despite lacking obvious credentials (apart from being a hockey enthusiast) Besser was named culture minister.

A former communist, he was nonetheless under consideration to head either the ministry of agriculture or of regional development, but despite lacking obvious credentials (apart from being a hockey enthusiast) was named culture minister. But a person needn’t be a farmer to effectively head the agricultural ministry or an actor to be culture minister, he told Czech public radio in a July 2010 interview, when still a candidate for the post.

“Above all, what is needed is someone with management skills, such as those I hope that I developed during my 16 years at the Beroun City Hall,” Besser said. “Someone who manages a ministry with detachment and distance but who at the same time actively participates in life, as I believe I’m doing.”

In an interview a few days later with a Beroun regional newspaper, however, he acknowledged that he would have to win over the skeptics. “Some artists will perhaps be a bit put off that a minister was not proposed from their field. If I am chosen, I will have my work cut out for me to prove that a culture minister need not be an artist,” he said. “But the minister definitely has to be someone who has managerial skills, who is interested in the field, and able to do what is right for the cultural sphere, to create the optimal conditions.” Find the best people, conduct due diligence, trim the fat, optimize; such was Besser’s managerial philosophy.

Besser set out to do just that. He hired media professional Stanislav Brunclík, who was just leaving commercial station TV Nova, to help get his message across and tackle problems. He took on the Czech Philharmonic Orchestra, National Gallery, National Library, National Technical Museum, State Cultural Fund and other smaller fish already in his first few months in office — though his priority from the outset was the property restitution agreement with the churches — and push through personnel changes, and launched selection procedures.

Find the best people, conduct due diligence, trim the fat, optimize; such was Besser’s managerial philosophy. But while trying to bring order to the sector, there was little evidence he gave a fig about culture, let alone the artists themselves. Many of the decisions he made during his tenure of nearly 18 months were met with hysteria (artists are a sensitive lot by their very nature). But Besser has perhaps been treated a bit too harshly, as a review of his main achievements shows.

It began with the December resignation of Prague State Opera (SOP) director Oliver Dohnányi, who reportedly left under pressure from the Culture Ministry. A few months later, Besser recalled SOP acting director Radim Dolanský and put National Theater (ND) director Ondřej Černý — who agreed with his vision to merge the two venerable cultural institutions — in charge of them both. Tens of thousands have signed a petition calling for the SOP and ND to remain independent.

Tens of thousands of people have signed a petition calling for the SOP and ND to remain independent, but the merger is due to commence as of January 2012 and be completed by 2015, by which time a single administration will be in place and all SOP assets should have been transferred to the ND.

It was a typical example of Besser’s priorities as a manager, wherein quality and artistic concerns appeared to take a back seat to savings. But he was not wrong to move in this direction, though he was insensitive in his approach, and once passions have cooled perhaps a compromise can be found. SOP and ND sorely need a long-term conceptual solution.

This May, Besser named economist Vladimír Rösel to the post of National Gallery director, saying the experienced manager had offered the best vision for putting the National Gallery on a new path and that his team offered the most complex program on how to go forward of the prospective candidates. ‘I believe it will be better to have an economist-manager rather than an art historian.’

Rösel had been recommended by an expert committee although some of the members had misgivings that he had no background in art (although in the 1980s, he was a lecturer at the National Gallery and also has experience from the Guggenheim Museum in New York).

“My decision is motivated by an effort to select the best manager from among the candidates … Even given the overall situation at the National Gallery, I believe it will be better to have an economist-manager rather than an art historian,” Besser said at the time, again barely touching on the future of the art collections and exhibits.

Václav Havel wrote an open letter to Besser appealing for him to prevent the creation of an architectural ‘monster’ Reports on the demolition of a building from the 1880s on the corner of Wenceslas Square and Opletalová Street in downtown Prague (that lies within the boundaries of the Prague UNESCO World Heritage Site designation) brought an emotional response — some 14,000 people signed a petition against the demolition.

Former president Václav Havel even wrote an open letter to the culture minister appealing for him to save it from being replaced by an architectural “monster” planned by a subsidiary of Flow East — but in this case, Besser is innocent. He did not decide on any demolition and could not have done so; the final word rests with the Prague 1 district authorities.

Besser did, however, have the authority to annul the cultural heritage protection status bestowed upon Gothic cellars unearthed in Prague’s historic medieval core, between the Old and New Towns, in a move that directly benefits prominent investor and businessman Sebastian Pawlowski, a developer who has done multi-billion crown deals with Prague City Hall. Besser reversed an earlier decision by the Ministry of Culture to protect the Gothic cellars.

The archeological find was a setback for Pawlowski’s development company, COPA, which plans by the second quarter of 2013 to complete the Copa Center Národní, a multi-functional space adjacent to the Tesco department store and above the Národní metro station (also due to be reconstructed). Besser reversed an earlier decision by the Ministry of Culture to protect the cellars, though a definitive decision is not expected for months to come. Meanwhile, the exposed cellars lack adequate protection.

In recent weeks, the sacking of the long-time National Film Archives (NFA) Vladimír Opěla also made headlines. Media reports said that Besser removed him from the post due to a disagreement over a nonstandard procedure for selecting a contractor to build a new depository. The minister said he had recalled Opěla because the NFA had illegally paid out some Kč 1 million when preparing for the construction itself.

Under Besser’s leadership, the Ministry of Culture moved to finally settle the thorny issue of the restitution of church property after decades of negotiations, and he has given assurances that the historic deal will not stretch back to assets taken before the Communist seizure of power in February 1948 (there are long-standing fears that doing so could open up the floodgates to claims by Sudeten Germans).

The deal brokered between the ministry and religious groups, the biggest being the Catholic Church, will force the state to pay out some Kč 59 billion over 30 years, starting perhaps in 2013, and return 56 percent of confiscated property, much of it forests and farmland now being managed by the state forestry company, Lesy ČR, and the Czech Land Fund (PF ČR).

Besser issued an order on May 30 that “establishes a mandatory procedure for procurement by the Ministry of Culture and the [30 artistic, cultural and educational organizations] organizations directly managed by it.” According to this edict, all purchases and investments, even if for a single crown, must be consulted upon with the ministry’s internal management.

Simply put, Besser could have a say in every financial transaction that was somehow connected to the ministry. Perhaps it’s not an exaggeration to say he was a stickler for financial accountability, at least when it comes to state affairs.

He certainly tried to bring order to the Ministry of Culture and organizations under its control. The question remains as to what his true legacy will be — and whether anyone in future will want to make use of the “optimal conditions” for artistic creation and cultural preservation that he put in place.

Besser certainly demonstrated that an artist doesn’t necessarily have to be at the head of the ministry. At the same time, it shouldn’t be a manger for whom it makes no difference whether he or she is heading a chicken coop or an opera house.