The allure of industry 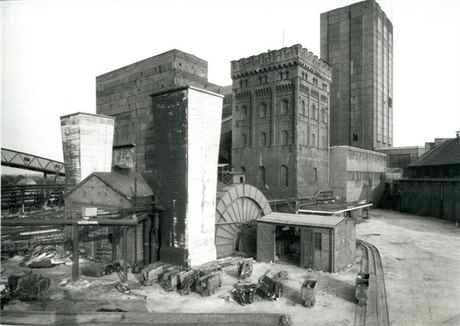 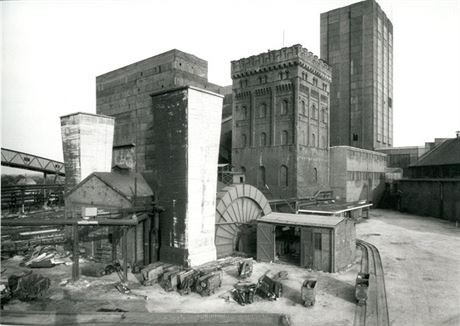 Like stains on a landscape, coal mines, steel plants and other factories obstruct views and pollute the countryside. Or do they? A new photograph exhibition at the Rudolfinum seeks to show that beauty is in the eye of the beholder.

In this case, the beholders are German couple Bernd and Hilla Becher. The 95 black and white photos on display are focused on so-called “Industrial Landscapes” – a term the artists use to describe a particular type of image, which is not trying to reveal individual works of architecture as such, but instead the situation of heavy industry plants within their urban and landscape context.

The majority of photographs are from Germany, especially the Ruhr Valley, but also from the UK, US and France. The couple started documenting these plants in the 60s and has photographs stretching all the way into this century. The significance of their oeuvre was important for the Rudolfinum.

“Given the importance of the work by the Bechers, we considered it very important to introduce to the Czech public a segment of their work,” Rudolfinum director Petr Nedoma told Czech Position. “There are few major European art museums which have in their collections at least a couple of Becher photos and thus being able to hold a solo exhibition of them is important to expanding our range of programming.”

The photographs themselves are characteristically austere; practically taking on a detached documentary nature and completely dispassionate. This fit with the Bechers’ view of their work as an inventory of industrial heritage. The exhibition is divided by types of factories and region, which allows the viewer to compare how industrial architecture has evolved independently across borders over the course of a century.

There is also a difference between the types of factories – the brick buildings of coal mines lend a sense of romance and are not as harsh as the cold structures of the steel mills. The steel factories are more complex overall; less building, more structure. Initially, the Bechers were driven by their fascination of the exceptional shapes of the industrial objects and buildings. Their efforts to photographically preserve these forms, which were quickly disappearing, did not occur until later.

“The Bechers' photo series today are not only typological studies of certain forms of technical architecture and buildings, but, due to the disappearance and radical transformation of the industrial world in the second half of the twentieth century, are memories of times past,” Nedoma said.

The interesting thing about the architecture of industrial buildings is that it can’t be defined as architecture in the basic sense. Furnaces, gas tanks, coal bunkers, towers and silos were all technical necessaries – not built to add character or interest to the structure. However, when viewing these photographs, the varying height and angles these elements contribute lends eye-catching interest to what otherwise could be considered a big, ugly building. At the end of the ’60s, the Bechers introduced the term “anonymous sculptures” for their objects, indirectly referring to the anonymous aesthetic of functional buildings. The couple was interested in attention to detail, technical precision and letting the objects speak for themselves.

A factory and its environment

Perhaps adding to the bleak, yet direct atmosphere of the photos is the fact that the Bechers took them in either spring or fall, ensuring there were no leaves on the trees to obstruct the view, and generally on cloudy days, so there are no shadows and an even light through them all. While some of the buildings were scheduled for demolition, many were still in use. Yet these photographs are stripped of any industrial activity whatsoever, no grime, no noise — which only increases the loneliness.

However, the human element was not lost on the Bechers. In a photo from the Rhondda Valley, South Wales, rows of identical houses alongside factories add some life, as does a photograph from Bethlehem, Pennsylvania. Like a slice of life in a steel town: the foreground is a cemetery, the middle third of the photo is a row of houses, and the backdrop is the mill. You get a sense of hopeless; your life is sandwiched between work and death.

Bernd Becher started out drawing and painting industrial objects around his hometown of Siegen, Germany. The demolition of the buildings he wanted to paint was happening quicker than he could get paintbrush to canvas. This led him to start photographing the buildings so he would have a model to paint. Hilla, on the other hand, studied photography. The two met while working at an advertising agency and together they strove to document the industrial surroundings of Düsseldorf and the Ruhr Valley. ‘From a certain perspective, it is clear that the work the Bechers did really cannot be ignored because it forms a major milestone.’

“The Bechers’ work itself is extremely strong and attractive,” Nedoma said. “It should be noted that the first pictures emerged in the late ’50s, and Mrs. Becher, even after the death of her husband in 2007, continues to this day.”

Driving by the majority of these factories you’d be unlikely stop to snap a pic, and not likely to hang one in your hallway; but the photos are artistic and complex showing a photographic style that surpasses their documentary usefulness.

“The exhibition was in collaboration with Mrs. Becher and designed specifically for the space in Galerie Rudolfinum,” Nedoma said. “From a certain perspective, it is clear that the work the Bechers did really cannot be ignored because it forms a major milestone. For a Czech audience, it is the very first opportunity to get acquainted with this fundamental work.”