Tesco’s experiment in launching online sales in Prague has been a bigger success than expected, the UK retailer says 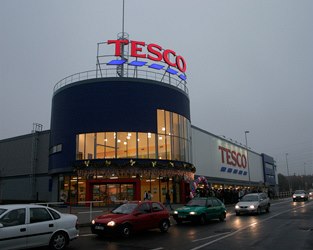 International retailer Tesco says the roll-out of its internet food shopping operations in Prague has gone better than expected.

“Our new operation in Prague, which began in January, is already trading well ahead of expectations and our second European operation, in Warsaw, will be launched soon,” the British-based company said in its annual results.

Prague was chosen to spearhead the concept of internet shopping in central Europe, where customers can browse sections of a supermarket and load their virtual baskets with goods, pay by credit card and arrange for the goods to be delivered at home at a set time. It had already been rolled out in Britain, where a handful of dotcom only stores, which deliver but have no bricks and mortar retail presence, have also started.

‘Our new operation in Prague, which began in January, is already trading well ahead of expectations.’

Tesco says it anticipates a further migration to shopping online. The company said in its profit report that dotcom operations sales in Korea and Ireland grew by a combined 41 percent last year. “Our virtual stores in Korea, located in subway stations and other prominent sites, are showing promising results,” it added.

The international retailer announced a 1.3 percent rise in 2011 group profit before tax to £3.8 billion in spite of a decline in its core UK profits. International sales, which cover Europe outside the UK, Asia and the US, grew 9.6 percent and profits by 16.5 percent. No breakdown for the Czech Republic on its own was given, thought the company highlighted the fact that consumer demand had been hit in Central Europe as a result of the economic crisis.

Tesco made its debut on the Czech market in 1996 when it bought six stores from K-Mart. It opened its first hypermarket at Prague Zličin two years later. Last year it bought 129 small stores, Žabka, and 47 Koruna stores from Penta. It is now one of the biggest food retailers in the country.